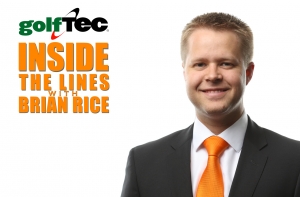 When I joined WNML full-time to co-host The Erik Ainge Show, people knew me primarily for my work as a writer, so it only made sense that I would make that contribution for our site here as well.

For those that weren’t familiar with my previous work, a little background on my background: Starting as a student in the fall of 2001, I spent a combined 15 years in the UT Athletics Media Relations office as a student assistant, graduate assistant, consultant and from 2013-16 served as the full-time writer for UTSports.com, the department’s in-house website. For the last three years, I worked hand-in-hand with the head coaches at UT in crafting a message for programs and profiling the student-athletes and their accomplishments. I also contributed content to the Southeastern Conference and SECSports.com, including yearly coverage of the SEC Championship game.

I also have called Tennessee Softball games for the Vol Network and WNML since 2010, becoming the full-time voice in 2013 and will continue to do that. You’ve also seen me calling dozens of events over the last few years in basketball, soccer, volleyball, baseball and softball for UTSports.com and SEC Network+.

The perspective I want to bring to you here on our website is very similar to the point of view I bring to our radio show every day. It is, in my mind, a unique perspective that not many have had, certainly no one else in the local media.

Obviously, I have never suited up for the volunteers in any sport. I’ve never run through the T, never taken a three-pointer Thompson Boling Arena, never swung for the fences at Lindsey Nelson Stadium or Sherry Parker Lee stadium. But I have walked alongside the student athletes at Tennessee as they’ve done all those things. I have been on the team flight, been on the sidelines and on the baseline at those venues. I’ve sat inside position meeting rooms, recruiting meetings, film sessions, all of the places fans have never been able to be and tried to bring fans into those places through my words. I have told the stories of the student athletes and coaches in those places from their perspectives. Now I bring that experience to analyzing what happens on a day-to-day basis with the programs that we follow.

I will be the first to admit that I am a fan, and will always be a fan. If you see me out in the community, if I’m not wearing WNML gear, chances are you’ll see me sporting a Power T on my shirt or jacket. That’s who I am and that’s who I will always be. But my goal on both the radio show and in this space will be to present the facts as I see them through the prism of my experience, not of my fandom. I want to use experiences that I have had to not just give you the facts, but the “why” behind the facts.

I’m not going to “carry water” for a player or coach, but I’m also not going to jump off the ledge with praise or blame for either. Fandom is emotional by its definition and the emotion of a big win or a crushing loss can mold an opinion in the short term that doesn’t bear out in the long term.

You will never hear me call for a coach’s job or a player’s spot in the lineup based on one game or match. You will hear me analyze what that one performance means to the perception of that coach or athlete in the big picture.

And just as the motto of our radio show is “Show your work” with your opinions, I’m going to show the work with mine. I will give you my opinion, even when it is an unpopular one, but I will always show you exactly how I arrived at it and give you the facts to back it up. I hope you will interact with me the same way, on the air, on our show’s Facebook page an via twitter where you can find be at @briancrice.

This blog is sponsored by GolfTEC, so I will also share some of my journey to a better game with my Swing Coach, Jason. You can improve your game, just as I am improving mine by calling (865) 566-0505 or stopping by at 7240 Kingston Pike, in the Gallery Shopping Center. Let them know I sent you.

Had my swing evaluation at @GolfTEC, my swing coach Jason and I have a lot to work on. Can't wait to start with a proud partner of our show! pic.twitter.com/OO1uB1NCQX

Lynyrd Skynyrd Big Wheels Keep on Turnin’ Tour With special guest Tesla Thompson-Boling Arena Tickets on sale Friday, June 11th at 10am local time at knoxvilletickets.com. There will be a pre-sale on Thursday, June 10th at 10a-10p local time w/ the password “crowd”.

Listen to SportsTalk this week for your chance to win $25 to Edwin Watts Golf Shop in Turkey Creek!

Tune into Sports 180 with Josh and Heather June 14th – 18th.  Call in with your best “Dad Jokes” when Josh asks for them for a chance to win tickets to the Tennessee Smokies and get qualified for the “Daddy” of prizes.  A $100 Gift Card to Dick’s Last Resort and a Chattanooga Whiskey Prize Pack including a Hat, Whiskey Glass, and T-shirt plus a tour for two to the Chattanooga Whiskey Distillery and a 1 night stay at the Moxy Hotel in Chattanooga!

Juneteenth…An obscure holiday to many in America. But for African Americans, the word Juneteenth sparks happiness, joy, and celebration.

Big Ticket has returned for the 2021 season! Find out how you can win a Tennessee season ticket package from 99.1 The Sports Animal, Food City and Adrenaline Shock!