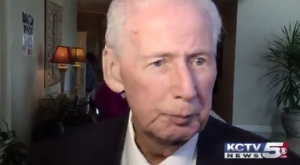 That’s what we read and hear from the NCAA’s marketing campaigns and the message we receive from the organization’s website.

Wide receiver Corey Sutton has announced his intention to transfer from Kansas State.

Sutton, a Charlotte, N.C., native who signed with Kansas State in 2016 and played in 10 games for the Wildcats last season, is having a difficult time receiving a release from Snyder.

According to Sutton, he presented Snyder with a list of 35 schools he was considering as transfer options. None of those schools are in the Big 12 or on Kansas State’s upcoming schedule, according to Sutton.

Why? The only reasons Snyder offered publicly were football related.

“If you’re a No. 2 (second team) you probably want to be a No. 1, and if you have the option to leave and you have 22 No. 2s on your team leaving you don’t have much a team left,” Snyder said Thursday before an appearance at a Catbackers function in Overland Park. “It doesn’t make sense to not try to prevent that from happening.”

Snyder’s reason for denying Sutton’s is based on football. But it’s student first, athlete second, the NCAA says.

Then Snyder said something else that was interesting.

“Here’s a young man who’s been in trouble twice, tested positive twice,” Snyder said. “I’ve never kept a player in our program who has tested positive two times. Drug testing. We have some rules in the athletic department that allowed that to happen this time.”

What does that have to do with whether Sutton should be able to transfer? Not sure. But it leads to an interesting question: why did Snyder feel the need to share that information publicly?

It’s commonplace for coaches to keep a player’s rules violations private. I don’t recall a college football coach ever publicly offering up that a player failed a drug test without being asked about it.

It’s a huge no-no, plain and simple. Snyder’s decision to offer that up unprovoked is unacceptable, and it makes Snyder look vindictive in his decision to block Sutton’s release.
A Kansas State spokesperson declined to confirm Snyder said that Sutton tested positive for a drug test, according to Dennis Dodd of CBS Sports.

Kstate official on if Snyder really said Sutton tested positive: “that’s where I’m not sure. I think he is (saying that)…”

I’m sure he did because we have it on video. You can watch below.

Bill Snyder goes on a dissertation about the decision to deny Corey Sutton the opportunity to transfer. @KCTV5 #KState #KstateFB pic.twitter.com/qTUkfnb7bO

Snyder makes nearly $3 million annually, but for some reason he’s telling a player who no longer wants to play for Kansas State that he must pay his way to college next season.

A supporter of Snyder’s decision will likely point to the commitment Sutton made to Kansas State. Remember, we’re talking about college football — a sport that sees coaches change jobs and break commitments on an annual basis.

Yes, coaches have contracts that allow them to do so. They often pay a buyout (sometimes their new employer pays it for them) when they change jobs. Sometimes those coaches don’t have to pay anything at all.

Those options are negotiated in the coach’s contract.

Players are not given the same market opportunities. They receive a “take it or leave it” offer. That’s why players should be careful about signing the National Letter of Intent.

Kansas State hired athletic director Gene Taylor on April 14. It looks like he has his first fire to put out in Manhattan, Kan.

Taylor should set two items on Friday’s agenda:
1. Grant Sutton his release.
2. Tell Snyder this stops now and that he is to never talk publicly about a player’s drug test results again.

Taylor needs to take care of the student first.

UPDATE: Taylor announced Friday afternoon that Kansas State has granted Sutton his “full release” and wished him well as he “continues his athletic and academic career.”

Snyder also apologized for the comments he made to the media on Thursday.

“I would like to apologize to Corey and his family for my remarks last night which included sensitive and private information,” Snyder said in his statement. “I spoke out of line and for that I express a sincere regret for my comments.”