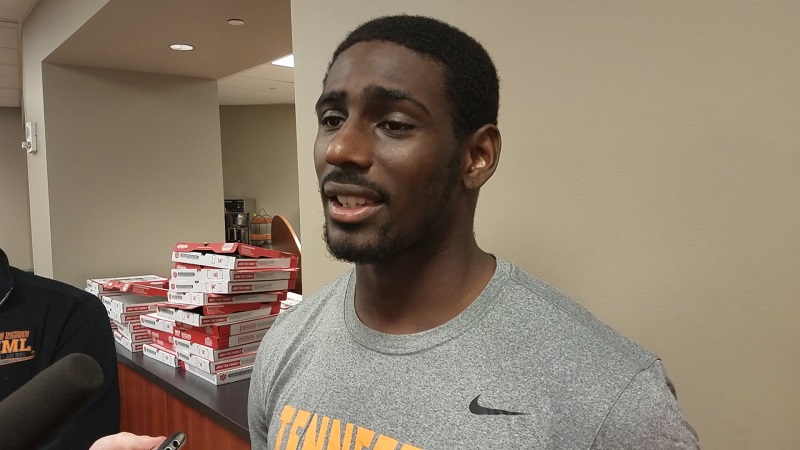 It turns out Tennessee does have a need at cornerback.

Head coach Jeremy Pruitt scoffed at his signing day press conference on Feb. 7 when it was brought up to him that cornerback was a position of need for the Vols.

“Who said cornerback was a need in this class?” Pruitt quickly responded.

The answer: pretty much everyone, including Tennessee’s coaching staff. That’s why they offered more than a handful of corners in the 2018 class, only to be turned down by almost all of them.

The need at cornerback is one reason Tyler Byrd and Carlin Fils-aime will switch to that position to begin spring practice.

The latest confirmation that Tennessee needs help at cornerback is the Vols’ pursuit of graduate transfer Terrence Alexander, who is looking for a new home to complete his final year of eligibility after spending the previous four years at Stanford.

Alexander confirmed to Volquest.com on Monday that he visited Knoxville last weekend and is considering Tennessee. LSU is also in the mix for Alexander, a native of New Orleans.

Tennessee has several players who will compete for playing time at cornerback this spring. Along with Byrd and Fils-aime, juniors Baylen Buchanan and Marquill Osborne and second-year players Terrell Bailey, Cheyenne Labruzza and Shawn Shamburger will all be options. Trevon Flowers, who signed with Tennessee in February, will also join the group of defensive backs after he arrives this summer.