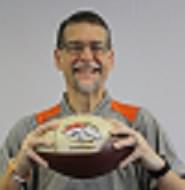 Kevin Fiala was sorely missed in the final two rounds of Nashville’s run to the Stanley Cup Finals last season due to a broken femur he suffered in the second round.

Almost a year to the day later he might have saved Nashville’s season.

Fiala patiently waited for an opening from Winnipeg goalie Connor Hellebuyck and the 21-year-old flipped a backhand into the net to give Nashville a 5-4 win in double overtime and tie the second round series at a game apiece.

Fiala found himself in the slot thanks to a saucer pass from Craig Smith on a two-on-one. He waited for Hellebuyck to slide to his right before taking advantage of the open net. Hellebuyck still got a piece of the puck with his outstretched glove, but couldn’t keep it out of the net.

The series will continue with game three on Tuesday night in Winnipeg where the Jets boast the NHL’s best home record (32-7-2). By contrast, the Predators where the league’s best road team this year (25-9-7). Nashville won twice in Denver in its first round series against Colorado. The Jets won all three of their home games in their opening series against Minnesota.

Despite getting the big win at home the Preds have lost home-ice advantage thanks to Hellebuyck’s outstanding performance in Winnipeg’s game one win in Nashville on Friday. The defending Western Conference champs will have to win at least once on the road.

If Nashville wants to do that it will need more from the defense that is a large part of the Predators’ identity. Vezina Trophy finalist Pekka Rinne has missed on multiple can’t-afford-to-miss saves in this series already. The Preds allowed two rebound goals in game one and left Mark Scheifele open for the equalizer with a minute left in the third period of game two.

On the flip side, Nashville has been the better team in numerous areas. The Preds have dominated the faceoff dot and have peppered Hellebuyck in each game of the series. Nashville has also been strong on the forecheck and has made Winnipeg work a lot in its own end.

The issues have come with Winnipeg’s opportunism. The Jets continue to take advantage of mistakes in the neutral zone and the Nashville end. The Preds nearly got out of the game in regulation when Scheifele hit the post, but Nashville couldn’t clear the puck and the Jets found Scheifele across the slot with an open net to force overtime.

Earlier in the third Ryan Johansen pulled off a great move to get by Toby Enstrom and finished it for Nashville’s fourth goal. Viktor Arvidsson nearly won it in overtime with a similar move to get free in front, but couldn’t lift the puck over Hellebuyck’s pad. Nashville’s forwards have done a solid job of creating chances in transition and on the rush. The Preds need to be better in the other two-thirds of the ice.

The bottom line: this series is tied, but the ice is still tilted towards Winnipeg. There are too many loose pucks around Rinne’s crease and too often Nashville is skating on its heels in its own zone.

In the end Nashville has the higher ceiling, but it can’t hope to continue firing 40-plus shots per game and winning high-scoring games. Hellebuyck has been too settled for that. The Predators will need Rinne to steal one in this series.

The Preds have never won a playoff series after losing game one. Nashville won three series openers last season on the road.

Defense travels? Nashville will need it to if it hopes to at least split in Manitoba.