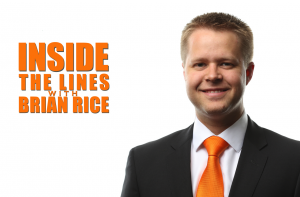 How many games do you need to evaluate a head coach?

Jeremy Pruitt has led the Tennessee Volunteers into the field 13 times. I can’t know what everyone’s answer is to the question I posed, but I have to tell you that my answer is 36. If you want to try and sell me on 24, two full regular seasons of games, I can at least see the argument.

The 13th of those games was arguably the most embarrassing loss in Tennessee history. But the only way it defines Pruitt’s career at Tennessee is if he allows it to. The loss to Georgia State put unnecessary pressure on Pruitt and the Vols for the next 11 games of 2019 and likely beyond.

What does the resume look like to this point?

Pruitt has two wins over Top 25 teams, coming in the sixth and tenth games of his career. Not that they are the Tennessee gold standard by any means, but Pruitt got to that mark far faster than his immediate predecessors. Butch Jones’ first ranked win came in his seventh game, but it would be more than two years before his second ranked win in his 19th game at UT. Derek Dooley never beat a ranked team (0-14) in three seasons at Tennessee. Lane Kiffin defeated one ranked foe, South Carolina, in his ninth game.

Does that stat make or break his time at UT? By that metric, he’s already the most successful coach since his current boss patrolled the sidelines. But two ranked wins doesn’t write the story any more than a loss to Georgia State does.

It’s all part of the story, as are the five losses by 20 points or more. But as much of a collective kick in the pants last Saturday was, it’s another chapter, not the final product.

BYU will be another chapter. As will Chattanooga, Florida, and so on. Let those be written before we make a judgement. Skepticism is healthy at this point, we’ve all been through a lot the last decade. But we can also avoid a rush to judgment that will cloud the season.