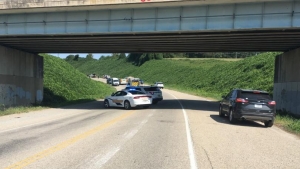 Investigators say a juvenile driving a stolen truck caused the crash that killed a pastor and his wife Tuesday.

Officials say 15-year-old Mekiah Davis was driving, with another teen in the car. Davis was trying to pass a dump truck on Mascot Road when he crashed head on into the other vehicle.

Ruben and Belinda Wilson were killed. Their 4-year-old granddaughter was also in the car. She’s out of the hospital doing okay. Ruben was the pastor at Three Points Baptist Church.

The teens were taken to the hospital with serious injuries. There’s no word on their condition.