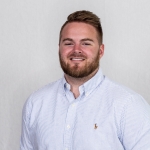 If turning a 1-4 record to 7-5 with six-straight wins to end the regular season didn’t get you excited, I’m sure the TaxSlayer Gator Bowl ending did something for you.

That one time when the Vols erased a 22-9 deficit with less than five minutes left to storm back with a pair of touchdown runs, sandwiched around a successful onside kick, to spark victory.

You know, that time when the Tennessee football team finished the 2019 campaign with an 8-5 overall record and a bowl win.

Now into the second week of the new year, the Tennessee football team got bigger. Literally, it added over 630 pounds – depending on how you look at it.

The 2018 Freshman All-American is a Knoxville Catholic product. His father Kevin, played for UT and his brother, Cooper, just signed with the Vols in December. Following Matt Zanitz’s (AL.com) initial portal report, ESPN’s Mark Schlabach reported the move was to Tennessee.

Jimmy Hyams was soon to confirm – as was Volquest’s Brent Hubbs.

Then things got interesting.

Reports began to swirl of an incident regarding the severing of Kevin May’s (Cade and Cooper’s father) pinky finger during a recruiting visit to Athens in 2017. The family has decided to act against both the school and the chair manufacturer (the incident involved a folding chair).

Tom Mars, who is widely known for his success in representing players in eligibility cases and coaches in a further range of cases, was hired on to represent Cade in his eligibility case to both the NCAA and SEC for the 2020 season.

As an undergraduate – the rule is for players to sit one year following a transfer. The NCAA will review the case sent in for immediate eligibility and determine a ruling before next season. The SEC also has to play a part in this as its an intraconference move.

Time will tell, but Cade Mays is back at Tennessee. Jeremy Pruitt made it official Wednesday night.

Let’s go ahead and get this out of the way. If I was advising Trey Smith, he would have made a different announcement Thursday afternoon. He would have declared for the NFL Draft. Heck, he wouldn’t have even played in the bowl game.

But Trey has other motives.

In a shocking turn of events, Tennessee’s All-SEC performer announced his intent to return to Knoxville for his senior campaign in 2020. He even capped his speech as Peyton Manning did 23 years ago.

“I made up my mind and don’t expect to ever look back. I’m going to stay at the University of Tennessee.”

Trey has been through it all while in Knoxville. Coming in as one of the nation’s top recruits, the bulldozer started at both guard and left tackle as a true freshman in an abysmal 2017 campaign.

"When I knew I was going to come back, I wanted to pay homage to the GOAT."

Trey Smith on quoting Peyton Manning during his announcement to remain in school. #Vols

He endured a coaching change and two extended periods watching from the sidelines as the lineman was diagnosed with blood clots in his lungs. He sought medical advisement and accumulated an intelligent team around him.

They found a unique plan and he fought back. He made it back on the field. And he was Trey Smith again in 2019.

He made a promise to his late mother, Dorsetta, to finish his degree plan. An emotional 6-foot-6, 320-pound bruiser described his way to honor is mother in front of a packed media room that included UT brass and some players.

The comeback kid also said he left a lot on the field. He said he can still improve and that it was a simple, ‘business decision.’

Trey Smith was, simply, Trey Smith Thursday afternoon. You now what I mean.

So, we know Trey is back. We know Cade is here.

If Trey continues to follow is plan and progress the way he has over the course of the past year – there’s no reason to believe he won’t be right back at left guard opening day next season.

Cade has a steeper path. He’ll have to win his appeal from the NCAA and gain the SEC greenlight to play next season. There’s still work there to be done by attorney Tom Mars. A lot of work.

But, let’s imagine this offensive line next season. (L-to-R)

That’s taking one of the nation’s worst units in 2018 and making it into one of the country’s best in 2020. Easily.

This OL should be good even if Cade Mays fails to gain eligibility in 2020. But if he does – things change.

Though Trey Smith and Cade Mays are seasoned veterans in the SEC, Jeremy Pruitt’s biggest gets this recruiting cycle is none other than the two in-state products.

The Vols added a pair of wide receivers over the course of the week as well.

GoVols247 reported Nebraska’s Miles Jones is heading to Tennessee as a walk-on while USC’s Velus Jones Jr. announced on social media Thursday afternoon he will transfer to Rocky Top as a graduate transfer.

Oh, and it’s worth mentioning Farragut native Joe Doyle (punter) entered the transfer portal as well. Take the good with the bad. Best of luck to the former Freshman All-American.

It’s been a wild ride this week, Vol fans. And as Trey Smith said to our own Jimmy Hyams, ‘if you can’t see Tennessee is on the rise, you’re blind.’

Have fun with it as the momentum rolls on into year No. 3 of the Jeremy Pruitt era.

Eric Cain produces The Startling Lineup and acts as the UT Football beat reporter for Cumulus Knoxville. Follow ‘Cainer’ on Twitter at @_Cainer.