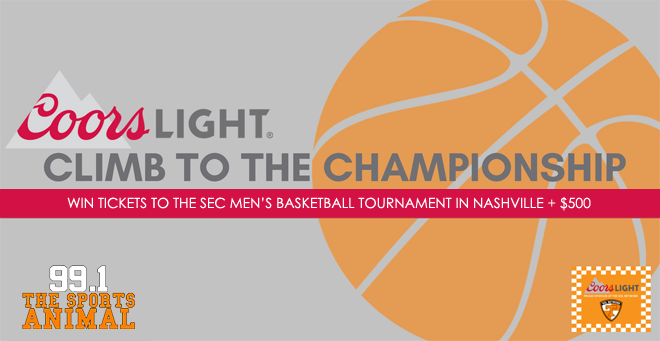 One Grand Prize package will be given away during the drawing including:

Vols have 7 DLs in NFL; Broncos and Eagles have the most UT players; more VFL breakdowns

Which schools missed a rare opportunity at a big tournament run this year?

It is for first-year coaches installing new systems

99.1 The Sports Animal will rerun 15 Great Games in NCAA Tournament History to help college basketball fans experience the madness of March, after the NCAA cancelled this year’s winter and spring championships.

We’re making it even easier for you to stay connected to 99.1 The Sports Animal wherever you go! Besides tuning in on your radio, you can also stream The Official Flagship Station of the Vols through your computer, smartphone, tablet, and your smart speaker!