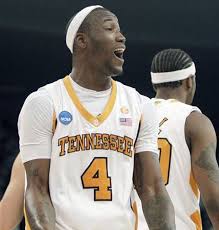 Good luck finding someone who had more fun playing basketball at Tennessee than Wayne Chism.

Chism played at Tennessee for former head coach Bruce Pearl from 2006-10. The Vols won an outright SEC championship and made a run to the Elite Eight during Chism’s time in Knoxville.

Chism has spent the last 10 years playing basketball overseas, most recently playing for a club in Beirut. His joy for basketball has remained intact as he’s gotten married (to former Tennessee volleyball player DeeDee Harrison) and become a father.

Chism told us on Sports 180 that his joy for the game of basketball goes back to his days playing the sport as a kid.

Check out the entire interview with Wayne Chism, who discussed his time at Tennessee, life overseas and parenthood.