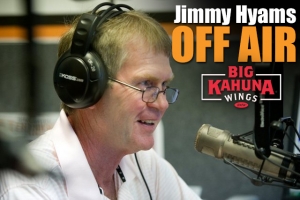 While Sankey said he is not “overly optimistic’’ that spring practice will return and the “window’s pretty narrow,’’ it could resume.

But what if it doesn’t? What if teams aren’t allowed to practice again until about Aug. 1?

Is that a big deal?

Probably not for established programs with established coaches and talented quarterbacks like Alabama or Florida.

But it might be a huge deal at Mississippi State, where new coach Mike Leach is trying to install an intricate passing game with a grad transfer quarterback, K.J. Costello.

Or at Ole Miss, where new coach Lane Kiffin must figure out the best way to utilize his 1,000-yard rushing quarterback John Rhys Plumlee.

It’s not just the fact those four schools have a first-year coach, but those coaches also have a new staff that hasn’t worked together and isn’t familiar with the personnel.

Spring football is the perfect playground to mesh and build chemistry. And find out what you’ve got.

New head coaches aren’t the only ones that might be impacted.

It might be a big deal at Georgia, which is breaking in Wake Forest quarterback transfer Jamie Newman, who is replacing the highly successful Jake Fromm.

And it might be a big deal at Tennessee. The Vols would love to know what they’ve got in five-star freshman quarterback Harrison Bailey.

And coach Jeremy Pruitt would certainly like to get a look at the linebackers replacing Daniel Bituli and Darrell Taylor, and the safety replacing Nigel Warrior, and the receivers replacing Jauan Jennings and Marquez Callaway.

And what is the best position for Cade Mays, the Georgia transfer who could play left tackle or right guard anywhere else on the line?

Perhaps the NCAA will adjust its calendar and allow teams to start a week or two early in the summer to prepare for the season.

But you can bet the majority of SEC football coaches would love to get in two or three more weeks of spring ball before the summer.

That could give them a better idea of what they might have in the fall.