Updated after Daniel Bituli signed with he Los Angeles Rams on Wednesday.

The University of Tennessee’s presence in the NFL is not what it used to be.

Here’s the updated list of UT players currently on NFL rosters with a complete breakdown by division, by position and as well as players that started at Tennessee and transferred, in my blog, “Vince’s View.”

Steve Wyche from the NFL Network told me recently, “Man, I just remember the days when Tennessee used to flood the NFL with first and second round draft picks. It kind of goes to where the state of program is right now.”

The state of the program that he’s talking about is obviously the rough years, the multiple rebuilds and the lack of volume of high draft pick talent headed to the league. That looks to be moving towards a positive change when it comes to sending more players to the NFL. It’s going to take Pruitt’s players and the Tennessee program winning big to change the draft pick totals significantly. That should improve some next season. Then you could potentially see a bigger group the following year that will be Jeremy Pruitt signed and developed players.

Take out 2017 and it’s 5 draft picks in 5 years…from a proud SEC program, the University of Tennessee. To put it in perspective, Temple has had more draft picks (12) the last six years than UT. LSU had more players drafted in 3 days (14) than UT has had in 6 years.

So why is it that UT is still decently represented on NFL rosters (38 VFLs) while having so few draft picks? Who signed most of those players?

Well, I did a deep dive into that subject. I’ve listed below each signing class since 2000 and the “current” NFL players from those classes. The numbers paint an easy to understand picture. 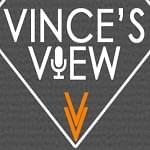 There are currently 46 players in the NFL right now that played at UT…38 are VFLs and 8 left and finished their careers at another school. The fact that 8 players that are NFL worthy left UT stands out. Of the 8, 7 fall in the lap of Butch Jones. 6 were Butch Jones signees. One other, Nathan Peterman, was a Dooley signee that left during Jones’ tenure. All of the players that Butch Jones signed and then left, set the program back with those huge holes on the roster. Jones constantly voiced about the team lacking depth, which it did in large part because of those departures. As it turns out, some of those players that transferred had some talent, enough to get to and stay in the NFL.

Yes, in the transfer world we’re in, this is more and more common. However, many of these moves happened prior to the transfer explosion and they left one coach in such large volume, I think it’s more noteworthy than that in this situation for one school, Tennessee.

These UT players in the NFL numbers reflect only current players on NFL rosters, not every player that has reached an NFL roster but no longer there. There are plenty more of those as well.

Butch Jones’ 5 signing classes have only produced 12 draft picks (just one 1st round pick – Derek Barnett) so far, including those that have reached the NFL since Jeremy Pruitt has taken over at Tennessee.

Of the 46 players in the NFL that were at UT at some point, five were originally walk-ons.

Another interesting point in looking at the UT players in the National Football League is the large number of undrafted free agents in the NFL right. In turn, it’s revealing how few that are there were drafted. LSU’s rookie class of 14 draft picks is just three short of all Tennessee players. That’s telling also. Here’s a look at those draft pick numbers.

I asked Charles Davis of the NFL Network and CBS Sports about all the undrafted free agents that have stuck in the NFL from UT, many of them that were signed by Butch Jones. Here’s what he said about that.

“These kids still went in there with belief in themselves and said ‘hey I’m going to go out there and show that everybody made a mistake for not drafting me.’ You got to give them credit for that. The other side is, for whatever you want to say, we were really close twice with Coach Jones, right? 2015 could have been a year early, right? The Oklahoma game still fries me. When you look back, Florida, those sorts of things. My point being, there was talent there.”

Ae you’ll see below, Butch Jones brought much of the current talent to Tennessee that’s currently in the NFL, whether they finished on Rocky Top or not. Here’s how the numbers shook out.

Plenty of NFL talent was signed by Butch Jones, no doubt, but it wasn’t developed at a consistent enough level. Jones’ five seasons netted him a 34-27 coaching record. In some cases players weren’t used enough. Too many players left the program. Then, those signed players have gone on to develop at the highest level with NFL coaching.

See the full list of current UT NFL players, the VFLs and the one-time Vols that transferred, listed by signing class below.