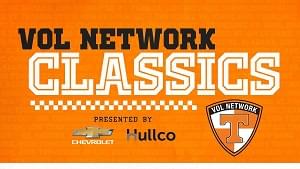 KNOXVILLE, Tenn. — Tennessee junior outfielder Alerick Soularie was the second Volunteer to be selected in the 2020 MLB Draft, going to the Minnesota Twins in the second round with the 59th overall pick.

Despite a slow start in 2020, Soularie was hitting his groove entering SEC play before the season was canceled due to the COVID-19 pandemic. When the season was called, the preseason All-American led the team with five home runs and ranked second on the squad with 17 runs batted in. In UT’s final game of the season – a 17-5 victory over ETSU – Soularie had three hits, blasted a pair of homers and tied a career high with four RBI.

Soularie is the fifth Tennessee player to be selected by the Twins.