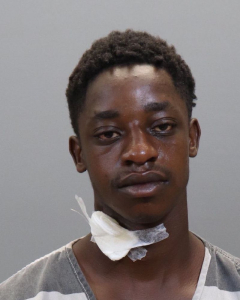 A violent carjacking suspect is in custody. KPD officers were called to Mississippi Avenue and Reed Street Friday night.

Witnesses said the suspect pulled the driver from his car, assaulted him and then took off in the vehicle. The suspect and stolen car were found a quarter-mile away on Stair Avenue.

24-year-old Eric Tuyisenge was taken into custody without incident and charged with carjacking. He was booked on a $20,000 bond.