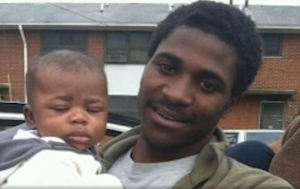 Knoxville Police are asking for help solving a cold case. 18-year-old DeShawn King was found shot to death in a car on East New Street in January 2013.

The shooting is believed to have happened on Linden Avenue. Witnesses say two men in black hoodies were at the shooting and fled.

There’s no video evidence from the scene, but investigators believe there are individuals with knowledge of the people responsible for King’s murder.

Officials say they need help to obtain justice for the family. If you have any information you’re asked to call police.