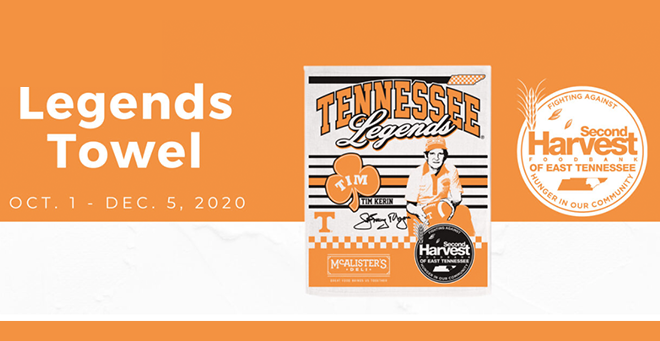 This football season, starting Thursday, Oct. 1, 2020, support Second Harvest Food Bank by donating and receiving the 28th annual Legends (previously known as the Tim Kerin Memorial) Towel. Donate and receive the orange and white Legends Towel, featuring the late Coach Majors, online at secondharvestetn.org/legends. Use the Legends Towel to cheer for the Vols from Neyland Stadium or your living room!

With a $7 donation, one towel ships to your home. With a $7 donation made online, each UT Legends Towel provides 21 meals to East Tennesseans facing food insecurity. Towels are available online from Thursday, Oct. 1, 2020, through Saturday, Dec. 5, 2020. Because of the COVID-19 pandemic, Second Harvest is serving more people than ever before. 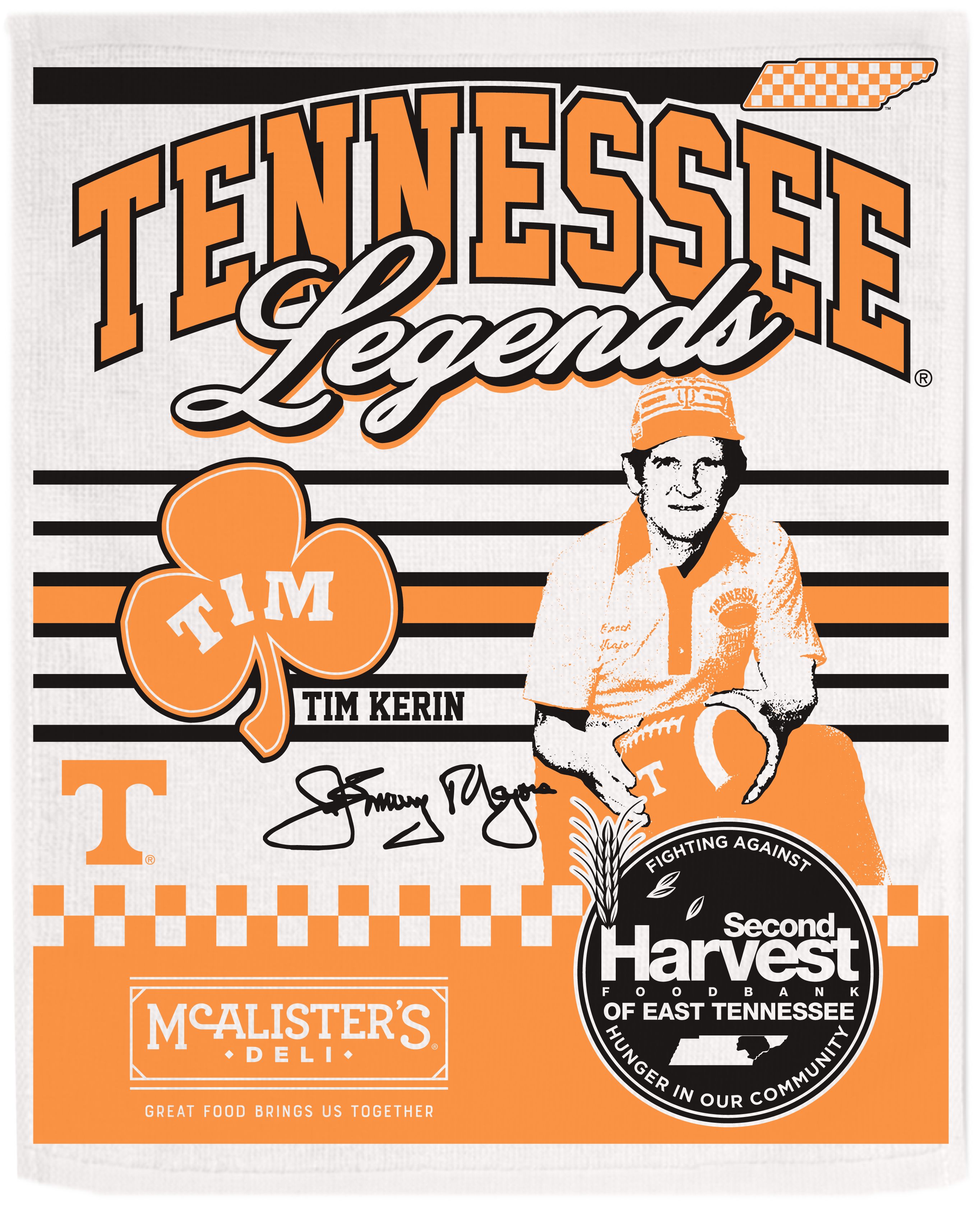 “Second Harvest is grateful to the University of Tennessee and its fans for supporting our efforts in fighting hunger and for this outstanding fundraiser in memory of Tim Kerin and Johnny Majors,” says Elaine Streno, Executive Director. “Because of the pandemic, many East Tennesseans and their families are experiencing hunger for the first time. Second Harvest aims to serve everyone in need of food assistance.”

Zibbie Kerin, Tim Kerin’s wife, said, “Tim Kerin was an amazingly caring and helping person, and I know he would be thrilled and proud to have his name attached to this annual food drive, which feeds so many hungry children and adults in his beloved adopted state, Tennessee.”

Coach Majors’ brother, Bobby Majors, said, “My brother John always tried to help people, and he would do anything to help with an organization tied to Tim. He thought so highly of Tim, and John would be very excited. God bless.”

Second Harvest extends sincere thanks to the University of Tennessee, McAlister’s Deli, and the Kerin and Majors families for supporting the 28th annual Legends Towel Drive.

Towels also available at the Second Harvest warehouse for a $5 donation.