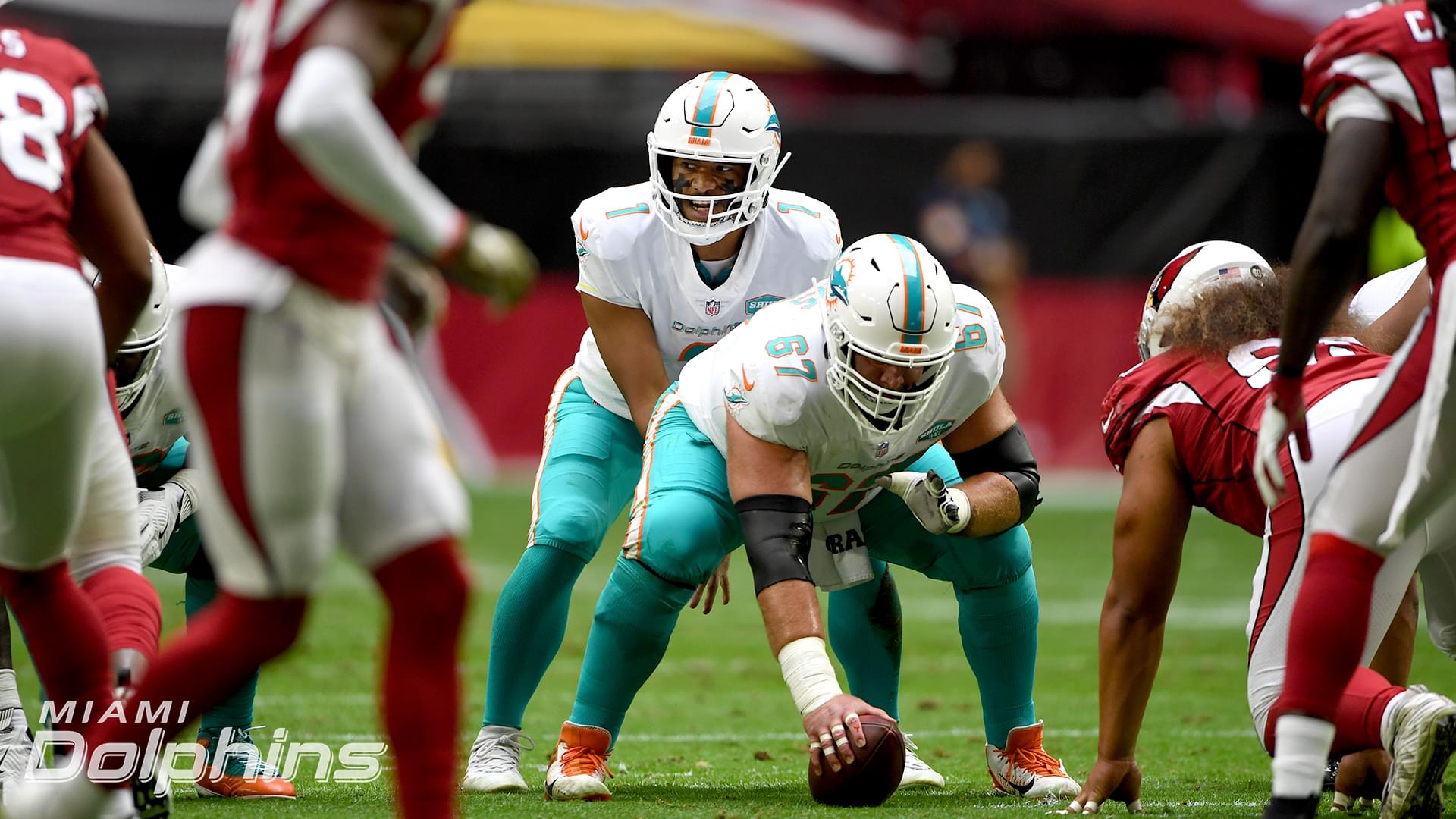 Each week I bring you this week’s NFL schedule with my predictions followed by some great notes and stats directly from the National Football League Communications Department.

Vince’s View: There aren’t many teams in a playoff position with nothing at stake that are resting players. That’s good and refreshing because some years these Week 17s have a few games that matter and that’s it. There are four matchups of winning teams and all of them have some meaning. Dolphins/Bills, Steelers/Browns, Packers/Bears and Cardinals/Rams all have meaning for at least one team. On top of that, even though the NFC East has been bad this year, three of the teams can still win the division and all four are playing each other to decide it. I think Dallas in the playoffs would make that 4/5 matchup a little more interesting than Washington or the G-men. Changing some of the first round matchups would add even more intrigue to the Divisional Round. Some of the current ones below are not the best we could see.

The playoff matchups in the Divisional Round entering Week 17 would be:
AFC
7-Cleveland at 2-Buffalo
6-Baltimore at 3-Pittsburgh
5-Miami at 4-Tennessee
Bye: 1-Kansas City

Seattle clinches the first-round bye with:

The NFL concludes its 101st regular season on Sunday and for the 11th consecutive year, all games on the season-ending docket are division contests. Playoff ramifications are aplenty.

In 2020, the NFL expanded the playoffs by two teams, adding one Wild Card berth to each conference. The change has only added to the excitement.

Seven playoff berths are still to be claimed. That’s the most available playoff berths entering the season’s final weekend in 31 years, since there also were seven in 1989.

A total of 18 teams – more than half of the league – remain in contention for Super Bowl LV in Tampa. The NFL hasn’t had more than 18 teams in contention entering the final week since there were 20 in 2006.

WIN AND IN, AFC: Five teams in the AFC are battling for the conference’s final four playoff berths.

Meanwhile, the INDIANAPOLIS COLTS (10-5), who host Jacksonville (1-14) on Sunday (4:25 PM ET, CBS), can still win their division with a win and a Titans loss or tie, which would lock up their first AFC South title since 2014. They also can make the playoffs as a Wild Card team with a win and a loss or tie by either Baltimore, Cleveland or Miami.

WIN AND IN, NFC: Six teams in the NFC are battling for the conference’s final three playoff berths.

When the DALLAS COWBOYS (6-9) and NEW YORK GIANTS (5-10) meet at MetLife Stadium on Sunday (1:00 PM ET, FOX), the winning team will keep its playoff hopes alive. The Cowboys-Giants winner would need a Washington loss Sunday night to clinch the NFC East and the No. 4 seed in the NFC playoffs. The Cowboys are seeking their second division title in three years while the Giants would have their first playoff berth since 2016 and first division crown since 2011.

PLAYOFF BERTHS LOCKED IN: Last week, the KANSAS CITY CHIEFS (14-1) clinched the AFC’s lone first-round bye and homefield advantage throughout the playoffs, securing the No. 1 seed in the AFC for the second time in the past three seasons (2018). With a win against the Los Angeles Chargers (6-9) on Sunday (4:25 PM ET, FOX), the Chiefs will tie the 2011 Packers (15-1, .938) for the best regular-season record by a defending Super Bowl champion in NFL history.

TWO LONGEST DROUGHTS COULD BE HISTORY: After the TAMPA BAY BUCCANEERS (10-5) clinched their first playoff appearance since 2007, the CLEVELAND BROWNS (10-5) now can return to the postseason for the first time since 2002. If that happens, the NFL would see its two longest active playoff droughts end in the same season for only the fourth time since the league merger in 1970. It also happened in 1999 (Seattle and the St. Louis Rams), 1988 (Buffalo and Philadelphia) and 1987 (New Orleans and Indianapolis). The 1999 ST. LOUIS RAMS went on to win Super Bowl XXXIV.

COMEBACK NATION: This season, there have been 42 games in which a team has overcome a deficit of at least 10 points to win, the most through Week 16 in NFL history. The single-season NFL record is 43, in both 2013 and 2014.

There also have been nine games in a which a team has overcome a deficit of at least 17 points to win, trailing only the 2011 season (11 games) for the most ever in a single season.

PASSER RATING: Green Bay quarterback AARON RODGERS leads all qualified players with a 119.4 passer rating. When the Packers play at Chicago on Sunday (4:25 PM ET, FOX), he has an opportunity to finish the season with one of the top three single-season passer ratings in NFL history among qualified players.

ROOKIE RECEIVING YARDS: Minnesota wide receiver JUSTIN JEFFERSON, who ranks eighth in the NFL with 1,267 receiving yards, has an opportunity this week to total one of the top three receiving-yards marks in history by a rookie. The Vikings play at Detroit on Sunday (1:00 PM ET, FOX).

The most receiving yards by a rookie in league history:

CONSECUTIVE RUSHING TITLES FOR HENRY: Tennessee running back DERRICK HENRY, who leads the NFL with 1,777 rushing yards this season, is bidding to become the first player since Pro Football Hall of Famer LADAINIAN TOMLINSON (2006-07) to lead the league in rushing yards in consecutive seasons. Henry, who has 3,317 combined rushing yards from 2019-20, also has an opportunity this week to register one of the top consecutive-season rushing totals in NFL history.

The most rushing yards in consecutive seasons in NFL history:

PLAYOFF PUSH: All 16 games are divisional contests in Week 17 and there are still 18 teams in contention for a trip to Super Bowl LV. There hasn’t been more teams still alive for postseason berths entering the league’s final week since 2006 (20 teams).

Six division titles have been secured, three of which feature a team that did not win their division in 2019 – the AFC East  (BUFFALO BILLS), AFC North (PITTSBURGH STEELERS) and NFC West (SEATTLE SEAHAWKS).

Both the AFC South, coming down to the INDIANAPOLIS COLTS or TENNESSEE TITANS, and NFC East, with the DALLAS COWBOYS, NEW YORK GIANTS and WASHINGTON FOOTBALL TEAM each still in contention for the division crown, are guaranteed to also have new winners in 2020.

The five new division winners this season will be the most in a season since 2017 (five).

Additionally, Pittsburgh won their division after missing the postseason in 2019, while two other division titles – AFC South (Indianapolis) and NFC East (Dallas, N.Y. Giants or Washington) – can be won by a team that missed the playoffs last season. At least two teams have won their divisions the season after missing the playoffs in 16 of the past 17 years.

Should Washington win the NFC East, they would complete the “worst-to-first” turnaround. At least one team has won its division the season after finishing in or tied for last place in 15 of the past 17 seasons.

The ARIZONA CARDINALS and MIAMI DOLPHINS can also qualify for the postseason this year after finishing in last place in their division last season.

Since 1990, at least four teams every season have qualified for the playoffs after failing to make the postseason the year before.

HIGHEST SCORING SEASON: The 2020 season has seen some of the most prolific offensive play in league history and in Week 17 will secure its spot as the highest scoring season ever. ​

The seasons with three teams to average at least 30 points per game since 1950:

PLENTY OF PASSING: The 2020 season has had a total of 812 touchdown passes this season and can surpass the 2018 season (847 touchdown passes) for the most in a single season in league annals.

The seasons with the most touchdown passes in NFL history:

Seattle quarterback RUSSELL WILSON has 265 touchdown passes in his nine-year career and needs two touchdown passes against San Francisco on Sunday (4:25 PM ET, FOX, in Arizona), to surpass Pro Football Hall of Famer DAN MARINO (266 touchdown passes) for the second-most touchdown passes by a player in his first nine seasons in NFL history. Only PEYTON MANNING (275) has more.

The players with the most touchdown passes in their first nine seasons in NFL history:

With at least two touchdown passes from Herbert against Kansas City on Sunday (4:25 PM ET, FOX), 2020 would become the first season in league history with four quarterbacks under the age of 26 to each throw at least 30 touchdown passes in the same season.

RODGERS IN THE RECORD BOOKS: Entering Week 17, Green Bay quarterback AARON RODGERS leads the NFL with 44 touchdown passes and a passer rating of 119.4 (among qualified passers), a mark that would rank as the third-highest single-season passer rating in NFL history.

The players with the highest single-season passer rating in NFL history:

The players with the most games with a passer rating of 100-or-higher in a single season in NFL history:

Rodgers has 11 games with at least three touchdown passes this season and can tie TOM BRADY (12 games in 2007) for the most such games in a single season in NFL history.

The players with the most games with at least three touchdown passes in a single season in NFL history:

KING OF KC: Kansas City tight end Travis Kelce leads all tight ends with 105 receptions and has 1,416 receiving yards, the most by a tight end in a single season in NFL history.

With at least six receptions on Sunday, Kelce can surpass JASON WITTEN (110 receptions in 2012) for the second-most receptions by a tight end in a single season in league annals.

The tight ends with the most receptions in a single season in NFL history:

With a touchdown catch from Thielen on Sunday at Detroit (1:00 PM ET, FOX), Minnesota can join the 1961 HOUSTON OILERS [BILL GROMAN (18 touchdowns); BILL CANNON (15)] as the only teams to have two players record at least 15 touchdowns each in a single season in NFL history.

The rookies with the most receiving yards in the Super Bowl era:​