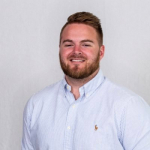 Tennessee is nearing the end (hopefully) of a lengthy internal investigation into the program for alleged impermissible benefits and the status of Jeremy Pruitt has never been foggier.

There was a hiring freeze and then there wasn’t one. One position coaching vacancy has been filled while another one remains. There’s two assistant coaching contracts up by the end of the month.

On top of allllll that, players are leaving for the transfer portal by the day it seems.

In relation to the portal – most haven’t been shocking. I’m not here carrying water for the program as some may believe (lol), but honestly, the numbers seem scarier than the reality and most were expected.

Yes, the loss of Deandre Johnson and Ty Chandler seem big. Tennessee doesn’t have much of a pass rush to begin with and now you’re taking your best one out of the mix. Not great, but he graduated and wanted to go home. And Chandler is a guy who has played a lot of football for you the past four years – but you have a better option available who won’t be taken snaps away from now.

The main concern with Chandler leaving is now finding a solid No. 2 option for Eric Gray – but the Vols have a plethora of options with Jabri Small and a host of newcomers and second-year players.

The conversation I keep coming back to with these two players and others – such as Jarrett Guarantano and Brandon Johnson – is that, we weren’t counting on these players to be factors in 2021 anyway. These players were seniors and before COVID, were expected to move on.

Sure, it’s nice to have some of these guys back, but players often know when it’s time to move on altogether or seek other opportunities following graduation. Overall, the program has already been replacing them in recruiting the past few cycles.

It’s prepared and now it’s time to see the development.

Austin Pope stung for Vol fans because he was a fan favorite and a Knoxville kid, but he wants a chance to be involved in the passing game. Never seemed like that was going to be an option for him in Jim Chaney’s offense – though he was vital in the team’s run game.

As far as the quarterbacks – time will tell if Tennessee made a mistake with J.T. Shroutt. Some could argue he finished the 2020 campaign as the Vols best option at quarterback. Others, like me, still saw too many inconsistencies to say with any certainty he was going to be the guy in 2021.

Nonetheless, it was great to see how good he could be.

For Guarantano – it was time. Five years with the same college team is a long time. In these unordinary times, it would have been a sight to see if the former No. 2-rated dual-threat quarterback returned for a sixth year here in Knoxville.

Best of luck to JG moving forward. I hope he balls out at Washington State. But it was clear – time to move on.

Brandon Johnson was in Knoxville for an eternity it seemed. In fact, he was UT’s leading receiver back in 2017! After redshirting in 2019 to be available for a depleted receiving corps in 2020, I thought Johnson was good at times – specifically on third downs. But his production should have been greater.

There were more talented guys on the roster who needed to be in the game and that’s why you saw his playing time trimmed by season’s end.

Other guys such as Jackson Lowe, Jordan Allen and Savion Williams never played a major role on this team and are simply looking for better opportunities. Good for them. There’s depth at those positions – though unproven – they were about as valuable as those guys were for the Vols in 2020.

Baylen Buchannan played a major role on Jeremy Pruitt’s first defense back in 2018 – but has been plagued by injuries since. And Shawn Shamburger’s up-and-down Volunteer ride seems to be continuing, as he pulled his name out of the portal one day after submitting the paperwork.

The crushing loss to this transfer portal cycle thus far is Wanya Morris. The former five-star started 19 games in 22 appearances for the Vols as a freshman and sophomore. He was tabbed to the SEC All-Freshman team in 2019 and was named a True Freshman All-American by 247 Sports the same year.

But Morris is a guy who could have been great for Tennessee as an upperclassman. Though still raw and underdeveloped, the intangibles are there. He’s got a great base with good mobility. He’s strong in run blocking and is a seasoned veteran entering his junior season.

Morris, along with former five-star Darnell Wright, Jerome Carvin and Cade Mays – were set to be key returners for the Vols offensive line in 2021. And with a full, healthy offseason – Morris was finally going to have time to improve away from the field as he was injured last winter and spent 28 days in quarantine during fall camp.

Could he still come back? Yes, but the rumor mill is pointing towards Oklahoma at the moment. And furthermore, fans should hope other offensive linemen don’t join him in the portal – which is a possibility.

It feels like Tennessee is losing all its best players. You can somewhat make that case. There’s a lot of talent leaving the program – no doubt. But most were expected. Most were graduates and most are replaceable.

Still, there’s challenges ahead developing that depth, as Jeremy Pruitt’s track record in that regard has some serious questions following the 2020 season. We’ll see if Pruitt is given the chance to do just that.

2020 Vols in Transfer Portal (not in order; scholarship players)