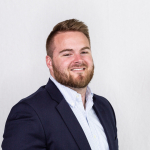 Monday was a momentous day.

The Tennessee football program is undergoing change yet again as for the second time in three years, the Vols are in need of both a head football coach and an Athletics Director.

The investigation into the football program for impermissible benefits and recruiting violations is still ongoing, but Plowman said the findings to date were severe enough to bring Level 1 and/or Level 2 violations to the program.

Phillip Fulmer is once again stepping away from Tennessee and Kevin Steele is being charged with holding it altogether.

Here are my key observations from yesterday’s events.

In documents released, it shows a search firm (Parker Executive Search) was hired on Saturday, Jan. 16th. That would mean Fulmer had conversations with Plowman about stepping down prior to the hiring of the firm. Was that Saturday morning? Maybe – could have been. Or was it one day last week?

Pruitt and some key staff members made the cross country trek to California on Friday to try and convinced star linebacker Henry To’o To’o not to enter the transfer portal. If the conversation between Fulmer and Plowman happened beforehand, that means a new coach was going to be hired.

Furthermore, it has been reported that Fulmer was very much involved in bringing Kevin Steele aboard. I’ve said many times that Pruitt initiated the hiring, which is true, but Fulmer was adamant on getting it done.

Fulmer was asked in the Monday afternoon press conference if Steele was aware he could be named interim when he was hired. The answer was, ‘no, but he did know there was an on-going investigation.’

This was (and still is) a lengthy investigation and I’m a firm believer in innocent until proven guilty. Some people were making a big deal about Pruitt continuing making hires and recruiting while under this cloud of uncertainty. He was doing his job – which is commendable.

But going off what was said yesterday, some accounts do not add up in the timeline. Maybe some clarity will be revealed in the coming days.

Donde Plowman was firm yesterday. She came prepared and sounded confident as she voiced her displeasure with the situation and listed attributes she’s looking for in the next head football coach.

Another item she was stern in was that UT will be hiring an Athletics Director first before bringing on another head football coach. That makes sense. Why would you hire a coach first and then hire his boss?

Fans want a coach now – and she recognized that. But Plowman repeatedly said she intends to do things the right way – and that way is to hire the AD first. The Chancellor, along with Boyd, have hired Parker Executive Search to aid in the hiring process for the school’s next AD.

Some names to watch early on with some serious Tennessee ties: Jon Gilbert, Mark Ingram and Scott Carter.

How he got here is a completely different story, but nonetheless, Kevin Steele is the man right now for the Volunteers. And the task at hand is a big one – keeping the roster intact as players may flurry to the transfer portal.

I really do feel for them – especially those early enrollees and those other 2021 signees.

Steele’s job may be the most important of them all right now – even though there’s no guarantee he’ll even be in Knoxville this time next year. Tennessee did hold a team meeting last night where Plowman, Fulmer and Steele addressed the team.

I’m told it went well and was ‘encouraging,’ all things considered. Steele is a good recruiter and has head coaching experience. He’ll certainly be in the running to take over, but for now, he’s the best option to weather the storm.

Phillip Fulmer is a legendary coach and is in the hearts of most Vol fans forever. That’s how it should be. No better evidence of this than the combined 69-69 record of the four head coaches who followed his tenure.

But Phillip Fulmer the AD is a mixed bag.

Sure, it made sense in the beginning. He came in and weathered the storm. He pulled that embarrassing 2017 coaching search out of ditch and made his hire in a reasonable amount of time. ‘Coach’ was a guy Vol fans could trust.

Since, he played a role in keeping Hall of Famer Rick Barnes from bolting to UCLA (though, major props to Randy Boyd for that one) and hired a new women’s basketball and volleyball coach. He also led the athletics department through a time of complete uncertainty during this pandemic.

While doing this, he took a 15 percent pay cut.

But Fulmer hired Pruitt – a move we can now say for sure was a complete disaster both on and off the field. He handed Pruitt a big time raise following a season where he lost to Georgia State and BYU. And he, along with Plowman & Boyd, mismanaged this entire investigation to the point where fans, players, prospects and employees had no clue what the future held on a given day.

I like Fulmer. And I think he has done far more good than bad for this university. But he never wanted to be a long time AD and I think it’s best for he the university to move on altogether from a professional partnership.

Sidebar: The over-the-top Fulmer praise yesterday was a bit much from Plowman and Boyd. It’s my belief, and the belief of many who cover the program on a daily basis, that Fulmer was never going to make the next football hire regardless. Let’s read between the lines here.

“We found the program in quite a mess at the time. I think we definitely have upgraded the program in general – the relationships on campus, the relationships period. Certainly the recruiting…has certainly been…has been good. There’s some really outstanding young men in the program – not that there wasn’t before. There’s just a lot of good things that have, that have happened. This is very unfortunate. We are going to have to work really hard to keep it from setting us back.”

That statement, surrounded by ‘uhs’ and ‘ands,’ took over a minute to get out. Just not a good response considering the circumstances.

Jeremy Pruitt’s attorney Michael Lyons released this statement Monday evening. Give it a read in length.

My bet: The two sides will reach a settlement of some sort or go to court. Regardless, my belief is Pruitt will pocket something – though not the complete $12.8 million buyout he would have been owed if not fired for cause.

I genuinely like Jeremy Pruitt and think he’s a great teacher of defense. He’s a player’s coach – no doubt. Players and recruits love him. But at the end of the day, the lopsided results were far too much to ignore. I think he was in over his head at times and that’s why you saw so much turnover on his coaching staffs over the years.

There was a lot to process Monday night and on over to the radio Tuesday morning. This, of course, is a developing story and we will hear more and more in the coming days. One thing is for sure: Tennessee football is no better off than it was in 2008 when Fulmer was forced to step away.

I like both Donde Plowman and Randy Boyd. They have made their fair share of mistakes throughout this process, but I believe they are good leaders. Let’s see if they get this right, and if for once, things change.

As always, never a dull moment on Rocky Top.

All things considered, Vols get thumbs up on ’21 class.