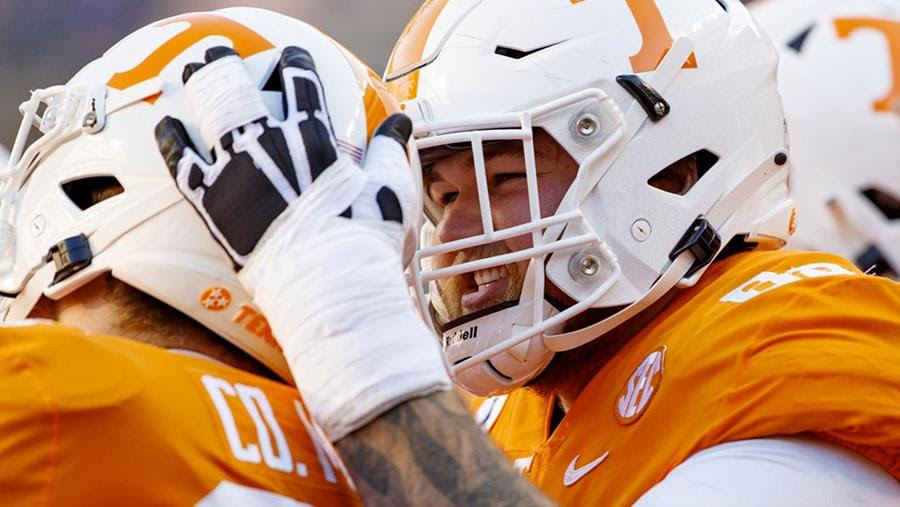 Mays, a native of Knoxville, played in and started seven games a season ago, seeing action on 478 offensive snaps. Six of Mays’ starts came at right guard with the other start coming at right tackle. Mays began his career at Georgia and has played in 32 career games with 25 starts.

Brooks, a native of Lexington, South Carolina, has averaged 42.9 yards per punt and 61.2 yards per kickoff for his career. In 2020, Brooks averaged 43.6 yards per punt, which ranked fourth in the conference. A total of 19 of his career punts have gone over 50 yards.

Taylor, who attended SEC Media Day earlier this week, enters his fourth season with the Vols having played in 33 games with 19 starts. He has collected 102 tackles for his career, including 29 a season ago to go along with five passes defended. As a junior, Taylor saw action on 439 snaps with 234 of those coming in coverage. He did not allow a touchdown pass according to Pro Football Focus.

Tennessee opens its 125th season of football on Sept. 2 against Bowling Green at 8 p.m. ET in Neyland Stadium. The Vols begin their first preseason camp under new head coach Josh Heupel on Aug. 4.

Single-game tickets, mini-plans and season tickets are on sale now at AllVols.com.