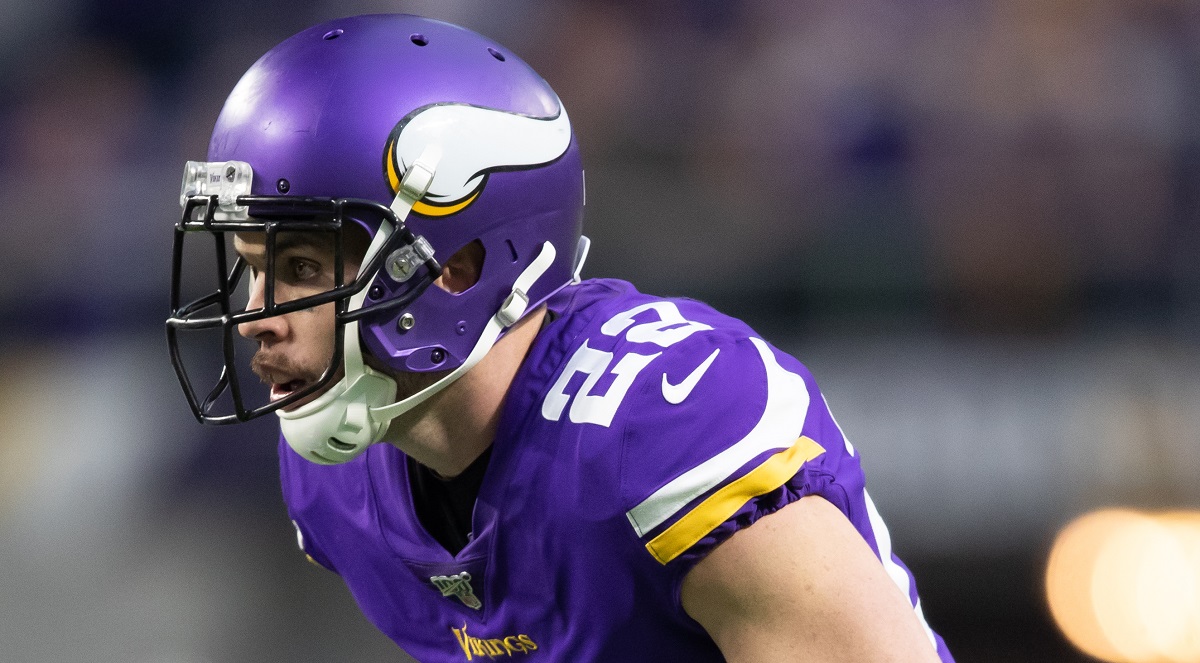 Below are my NFL Week 17 predictions, straight-up and against the spread. You’ll also see the full schedule of games and some tremendous notes on the games, teams and players provided by NFL Communications.

The NFL announced today an updated schedule for Week 17.

The following is the updated Week 17 schedule (all times ET):

Six down, eight to go.

Eight playoff berths remain up for grabs and 24 teams enter Week 17 still in contention for Super Bowl LVI. It’s the most teams remaining in contention with two weeks to play in 15 years, tying the 2006 season. Six teams have reached the postseason:

In the AFC, six of seven playoff berths remain underdetermined. In the NFC, six teams are fighting for the final two playoff invitations.

The race for the playoffs continues on Sunday.

DATELINE PAUL BROWN STADIUM: The KANSAS CITY CHIEFS (11-4), who own the league’s longest active winning streak (eight), are in the driver’s seat for the AFC’s only first-round bye. The CINCINNATI BENGALS (9-6) are looking to nail down their first playoff berth and AFC North division title since 2015. Those teams clash on Sunday (1:00 PM ET, CBS).

The players with the most passing yards in a game in NFL history:

The teams with the most consecutive division titles since 1970:

COWBOYS LATEST TO WEAR NFC EAST CROWN: While the Chiefs have dominated the AFC West, the NFC East has seen a new division champion in 17 consecutive years, the longest streak without a repeat division winner in NFL history. The DALLAS COWBOYS (11-4), who clinched the division last week, prepare to host the ARIZONA CARDINALS (10-5), who own the league’s best road record (7-1). The teams clash at AT&T Stadium on Sunday (4:25 PM ET, FOX).

The players with the most interceptions in a single season in the Super Bowl era:

In the same season, this is the first time in NFL history in which an individual has reached each of these landmarks:

FINAL INTERCONFERENCE GAMES THIS WEEK: In each of the past eight seasons (2013-20), the best interconference record has changed hands between the AFC and NFC. Last season, the AFC finished with the better record in interconference play (35-28-1) while the NFC held the advantage in 2019 (33-31).

This week marks the final 2021 interconference games until Super Bowl LVI. Next week, the regular season will conclude on Saturday, Jan. 8, and Sunday, Jan. 9. For the 12th consecutive year, all 16 games scheduled for the final week of the season are division contests, enhancing the potential for more games with playoff ramifications.

The interconference tally entering Week 17 stands at 38-37-1, in favor of the AFC.

One of those interconference battles this week has the ATLANTA FALCONS (7-8) traveling to meet the BUFFALO BILLS (9-6) on Sunday (1:00 PM ET, FOX). Each team is 3-1 this season against the other conference.

BRADY IN THE BIG APPLE: Quarterback TOM BRADY is 17-4 in his career in combined starts at Giants Stadium and MetLife Stadium. He makes another trip to the New York area when the TAMPA BAY BUCCANEERS (11-4) meet the NEW YORK JETS (4-11) on Sunday (1:00 PM ET, FOX).

NEMESIS OF THE NFC NORTH: The GREEN BAY PACKERS (12-3) host the MINNESOTA VIKINGS (7-8) on Sunday Night Football (8:20 PM ET, NBC). Over their last 25 regular-season games, the Packers are 0-2 against the Vikings and 20-3 against the rest of the NFL.

THICK SIXES: In Week 16, NFL teams designed plays that produced three touchdowns by offensive tackles: Philadelphia’s LANE JOHNSON caught a 5-yard pass from JALEN HURTS, the Jets’ CONOR MCDERMOTT scored on a 1-yard pass from ZACH WILSON and the Cowboys’ TERENCE STEELE hauled in a 1-yard reception from DAK PRESCOTT. Since the 1970 league merger, the most offensive linemen to score touchdowns on designed plays in one week had been two. Johnson, Hurts and the PHILADELPHIA EAGLES (8-7) go on the road to face the WASHINGTON FOOTBALL TEAM (6-9) on Sunday (1:00 PM ET, FOX).

CONSISTENT WINNERS IN THE AFC: The KANSAS CITY CHIEFS (11-4) – who clinched their sixth-consecutive AFC West division title – have a winning record in each of their nine seasons under head coach ANDY REID, including at least 12 wins in each of the previous three seasons.

With a win on Sunday against Cincinnati (1:00 PM ET, CBS), the Chiefs would become the fifth team in NFL history to record at least 12 victories in four consecutive seasons.

The teams with the most consecutive seasons with at least 12 wins in NFL history:

The NEW ENGLAND PATRIOTS (9-6), who enter Week 17 as the No. 6 seed in the AFC and are looking to return to the playoffs after missing the postseason in 2020, have won at least 10 games in 18 of their 22 seasons under head coach BILL BELICHICK.

Belichick, who also won 11 games as the head coach of the Cleveland Browns in 1994, can become the second head coach all-time with 20 seasons of 10-or-more wins, joining Pro Football Hall of Famer DON SHULA (20 seasons).

The head coaches with the most seasons with at least 10 wins in NFL history:

The PITTSBURGH STEELERS (7-7-1) have finished with a .500-or-better winning percentage in 17 consecutive seasons, including each of their previous 14 years, since MIKE TOMLIN became head coach in 2007.
With one more victory this season, the Steelers can surpass the 1957-73 CLEVELAND BROWNS (17 consecutive seasons) for the third-longest streak of seasons with a .500-or-better winning percentage in league annals.

The teams with the most consecutive seasons finishing with a .500-or-better record in NFL history:

MAHOMES MAGIC: Since taking over as the Kansas City starting quarterback in 2018, PATRICK MAHOMES has led the Chiefs to four-consecutive division titles. This season, he ranks tied for fourth in the league with 33 touchdown passes and fifth with 4,310 passing yards and joined Pro Football Hall of Famer PEYTON MANNING as the only quarterbacks ever with at least 4,000 passing yards in four of their first five seasons.

The players to reach 150 touchdown passes in the fewest games in NFL history:

Against Minnesota on Sunday Night Football (8:20 PM ET, NBC), Rodgers can become the third player ever with at least two touchdown passes and no interceptions in six-or-more consecutive games, joining TOM BRADY (nine consecutive games in 2010) and Pro Football Hall of Famer DON MEREDITH (six from 1965-66). Rodgers can join Brady as the only ones to do so within a single season.

The players with the most consecutive games with at least two touchdown passes and no interceptions in NFL history:

Rodgers’ top target this season has once again been wide receiver DAVANTE ADAMS, who ranks second in the league with 106 receptions and third with 1,362 receiving yards and is one of five players with at least 10 touchdown receptions (10) this season.

The players with the most seasons with at least 110 receptions in NFL history:

The players with at least 600 receptions, 8,000 receiving yards and 70 touchdown receptions in their first eight seasons in NFL history:

SECOND-YEAR STATEMENTS: Los Angeles Chargers quarterback JUSTIN HERBERT ranks second in the league with 4,394 passing yards and tied for fourth with 33 touchdown passes. In 30 career games, Herbert has totaled 8,730 passing yards, the most by a player in his first two seasons in NFL history.

The players to reach 9,000 passing yards in the fewest games in NFL history:

Last week, Cincinnati quarterback JOE BURROW passed for 525 yards and four touchdowns for a 143.2 rating, the fourth-most passing yards by a player in a single game in NFL history. Burrow ranks second in the league with a 105.0 rating this season and ranks sixth with a career-high 4,165 passing yards. In 25 career games, Burrow has totaled 6,853 passing yards.

The players to reach 7,000 passing yards in the fewest games in NFL history:

The players with the most games with a completion percentage of 70-or-higher (minimum 20 attempts) in their first 20 career starts in NFL history:

With five receptions at Baltimore on Sunday (1:00 PM ET, FOX), Kupp would surpass ANTONIO BROWN (136 receptions in 2015) and JULIO JONES (136 in 2015) for the third-most receptions in a single season in NFL history.

The players with the most receptions in a single season in NFL history:

The players with the most receiving yards in a single season in NFL history:

The players with the most consecutive games with at least five receptions in NFL history:

Los Angeles Rams defensive lineman AARON DONALD leads the team with 12 sacks this season and is the only player in the league with at least 11 sacks in each of the past five seasons. In his eight-year career, Donald has totaled 97.5 sacks.

With a sack on Sunday, Donald will surpass teammate VON MILLER (98 sacks) and Pro Football Hall of Famer DERRICK THOMAS (98) for the fourth-most sacks by a player in his first eight seasons since 1982, when the individual sack became an official statistic.

The players with the most sacks in their first eight seasons since 1982:

The rookies with at least 1,200 receiving yards in the Super Bowl era:

Harris leads all rookies with 1,406 scrimmage yards (984 rushing, 422 receiving) this season and can become the fifth rookie in NFL history with at least 1,000 rushing yards and 500 receiving yards.

The rookies with at least 1,000 rushing yards and 500 receiving yards in NFL history:

Pitts has 64 receptions in 2021 and with six receptions, can become the third rookie tight end all-time with at least 70 receptions, joining KEITH JACKSON (81 receptions in 1988) and JEREMY SHOCKEY (74 in 2002).

With two sacks against Arizona (4:25 PM ET, FOX), Parsons can surpass JEVON KEARSE (14.5 sacks in 1999) for the most sacks by a rookie since 1982, when the individual sack became an official statistic.

The rookies with the most sacks since 1982: