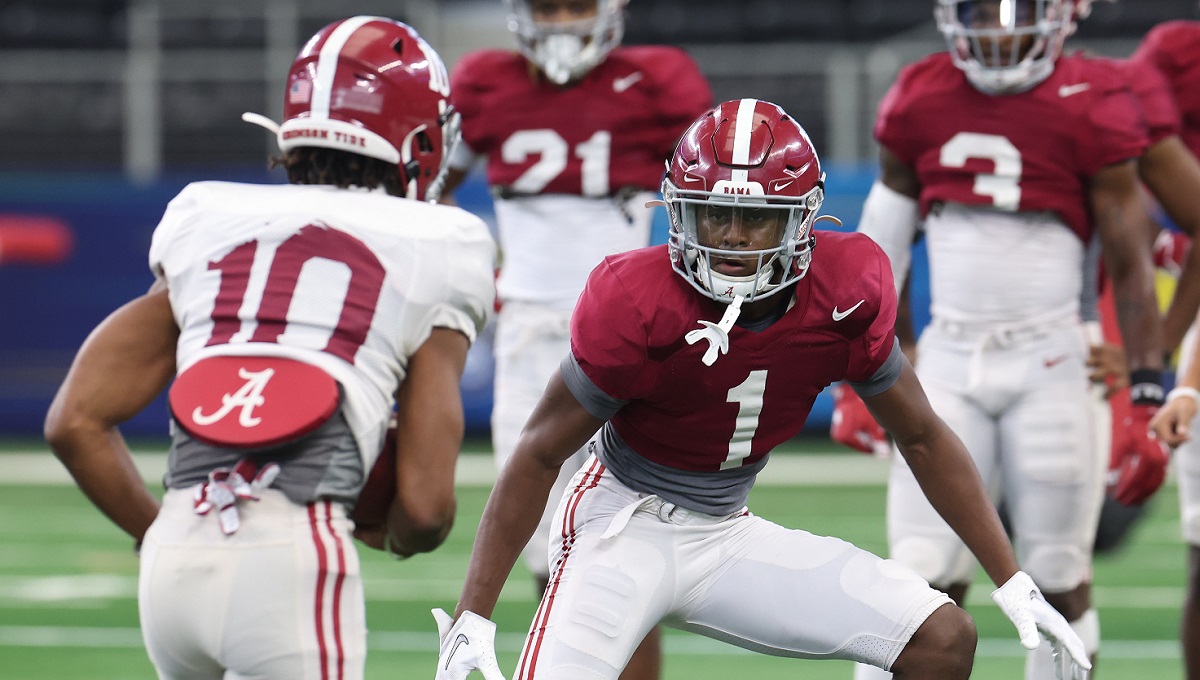 Below is my prediction for the all-SEC College Football Playoff National Championship Game with notes from the SEC Communications Office.

THE TEAMS: Alabama (13-1, 7-1 SEC) is the SEC Champion and will face SEC runner-up (13-1, 8-0 SEC) in the College Football Playoff National Championship Game. Alabama is looking is looking to win its seventh national championship since 2009 under Nick Saban, while Georgia is looking for its first national title since 1980.

RADIO: ESPN Radio will broadcast the game (ESPN Radio: Sean McDonough, Play-by-Play; Todd Blackledge, Analyst; Ian Fitzsimmons, Sidelines). The game is available on SiriusXM Channel 80, with the Georgia broadcast on Channel 81 and the Alabama broadcast airing on Channel 84. ESPN Radio has carried the game since 1999.

SERIES: This is the second time Alabama and Georgia have squared off in the CFP National Championship Game. Alabama won 26-23 in overtime in January 2018. The two teams met in Atlanta earlier this season for the SEC Championship on Dec. 4, and the Crimson Tide won 41-24. Alabama has won the last two meetings by the same score and has won the seven previous meetings overall in the series dating back to 2008. Georgia’s last win came in an overtime win in 2007, which was Nick Saban’s first season at Alabama.

SEC IN THE COLLEGE FOOTBALL PLAYOFF: The SEC is 11-4 all-time in College Football Playoff games, now playing in seven of the eight CFP National Championship Games, while winning four (now five). The SEC is 9-1 in CFP Semifinals, and 11-3 overall in CFP games not versus each other. The SEC leads the nation with ten teams advancing to the Playoff since its inception in 2014. Three different programs (Alabama, Georgia, LSU) have made Playoff appearances in the SEC. The league also leads the nation in the CFP era with championship game appearances (9). The SEC is the only league that has placed at least one of its members in the College Football Playoff each season since its inception.

Vince’s View: Georgia will win if…It can be explosive and dominant running the ball throughout. I won’t really say outrush Alabama because that wasn’t UA’s game plan in the SEC Championship Game, but maybe surpass 200 yards rushing and move the chains with it throughout the game. If so, it will mean Georgia’s likely in the game or ahead, maybe bossing the game and likely staying balanced on offense. The Bulldogs aren’t rallying down big throwing the ball every down. Alabama probably could.

Alabama will win if…the offensive line plays close to as well as it did in the SEC title game, which was, by far, the unit’s best performance all season. The Bulldogs weren’t able to get home to Bryce Young, negatively affect him enough and help their defensive backs that got torched for over 400 yards passing. UGA isn’t elite enough in the secondary to not get major pressure from the front seven. That o-line (and scheme) keyed a victory in Atlanta. It needs to be excellent in this one as well.

I think the psychological element of this game plays a role. Georgia, including Kirby Smart, have dealt with so many heartbreakers to Alabama on the biggest of stages. It has to be on the minds of the veteran players and coaches to some degree. It may only take one missed assignment or one coaching decision out of desperation that ends up being the difference in the game. I think it will be much closer and more competitive throughout in Indy vs. Atlanta. However, the history of the series, championship experience, coaching and quarterback play all favor the Crimson Tide.

Georgia’s roster can go toe-to-toe with Alabama’s roster. I think the game will play out that way for the most part as well. I just believe with those advantages and needing to see Smart get over the hump against Saban before I can believe it (yes I know Jimbo finally did it this season,) I’m going with Alabama in a photo finish.