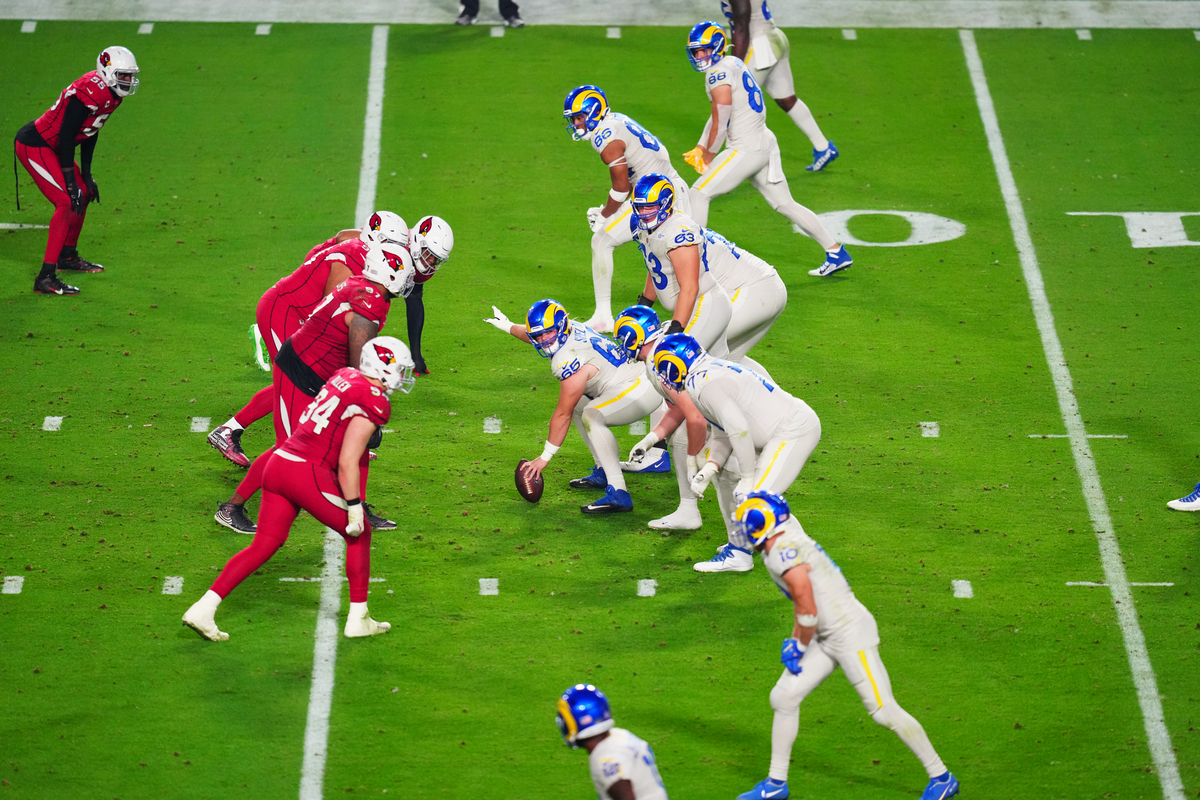 Below are my Super Wildcard Weekend predictions, straight-up and against the spread. You’ll also see the full schedule of games and some tremendous notes on the games, teams and players provided by NFL Communications.

Get ready for a three-day weekend unlike any other.

Super Wild Card Weekend begins with two games Saturday, continues with a tripleheader on Sunday and finishes with the debut of a Monday night Wild Card game.

The 2021 postseason kicks off Saturday on the heels of the most exciting regular season in NFL history. NFL teams combined to pack into the 2021 season:

And, with six starting quarterbacks not yet 27 years old, the 2021 playoff field is expected to tie for the second-most such quarterbacks in league history. Only the 2020 postseason, with seven, had more.

The weekend also features TOM BRADY guiding a Tampa Bay team challenging to snap the NFL’s 17-year stretch without a repeat Super Bowl champion, the longest streak in league history. Not since Brady and the Patriots won consecutive Super Bowl titles in 2003 and 2004 has an NFL team repeated as world champion.

SoFi Stadium in Los Angeles awaits. For 14 teams, the journey toward that dream continues this weekend.

The 14 teams in contention for the Vince Lombardi Trophy at Super Bowl LVI in Los Angeles:

The seven Wild Card teams to win the Super Bowl:

REMATCHES: Five of the six games on Super Wild Card Weekend are rematches of 2021 regular-season games. No other Wild Card round in league history has had as many rematches.

The five rematches in the Wild Card round of the 2021 playoffs:

Don’t expect the team that won the regular-season matchup to automatically follow with a Wild Card win. Eight teams in the previous five years have rebounded from at least one regular-season loss against an opponent to avenge that loss with a win in the Wild Card round.

ENCORE PERFORMANCES FOR MONDAY NIGHT WINNERS: The Rams host the Cardinals in the NFL’s first Monday postseason contest since the Rams lost to the Minnesota Vikings in a Wild Card game on Dec. 26, 1988. The winner of Monday’s game will have history on its side in the Divisional round.

A look at the six games on Super Wild Card Weekend:

MORE TEAMS, MORE GAMES, MORE WILD: The addition of a third Wild Card team in each conference and the subsequent expansion of the playoffs last year has resulted in a Super Wild Card Weekend of NFL action. For the second consecutive season, there will be six games, with two on Saturday, January 15, three on Sunday, January 16, and for the first time since 1988, an NFL postseason game will be played on a Monday (January 17).

Seven of the 12 teams in action this weekend are new to the postseason in 2021, having missed the playoffs a year ago: ARIZONA, CINCINNATI, DALLAS, LAS VEGAS, NEW ENGLAND, PHILADELPHIA and SAN FRANCISCO. Two of those teams – Cincinnati (AFC North) and Dallas (NFC East) – won their divisions.

Since 1990, at least four teams every season have qualified for the playoffs after failing to make the postseason the year before. Additionally, at least two teams have won their divisions the season after missing the playoffs in 18 of the past 19 years, including 2021.

Each of the 12 teams playing this weekend hope to earn their first of four wins needed to capture the Lombardi Trophy. Winners in the Wild Card round have won the Super Bowl 10 times, including the TAMPA BAY BUCCANEERS last season.

The Wild Card round participants to win the Super Bowl:

POSTSEASON ALL-TIME LEADING PASSERS: Three of the top seven most prolific postseason quarterbacks are a part of the 2021 playoff field vying for the Super Bowl LVI title.

The quarterbacks with the most career postseason passing yards in NFL history:

The quarterbacks with the most career postseason passing touchdowns in NFL history:

The quarterbacks with the most career postseason starts in NFL history:

CHAMPS ARE HERE: The TAMPA BAY BUCCANEERS enter the 2021 postseason aiming to become the first team to repeat as Super Bowl champions since New England in 2004. Last year, they became the first team in NFL history to score at least 30 points in four consecutive playoff games within a single postseason in route to a Super Bowl LV championship.

The teams to score at least 30 points in the most consecutive postseason games in NFL history:

With a touchdown against Philadelphia, Fournette would become the sixth running back all-time to score a touchdown in seven-or-more consecutive postseason games.

The running backs with the most consecutive postseason games with a touchdown in NFL history:

The players with at least 250 passing yards in the most consecutive postseason games in NFL history:

Mahomes has guided the Chiefs to a playoff win each of the past three years and with a victory on Sunday night will become the fourth quarterback ever to win at least one postseason game in four of his first five seasons, joining JOE FLACCO, DONOVAN MCNABB and RUSSELL WILSON.

Mahomes could also become the sixth quarterback with at least one victory in each of his first four postseason appearances.

In his career, Kelce has recorded at least 100 receiving yards in six postseason games, tied for the second-most ever. Only Pro Football Hall of Famer JERRY RICE (eight games) has more.

The players with the most 100-yard receiving games in NFL postseason history:

After splitting their regular-season series, the teams will meet for a third time on Saturday night in Buffalo (8:15 PM ET, CBS/Paramount+). Since 2000, this will mark the sixth postseason matchup to feature the top-two scoring defenses.

The playoff games to feature the top-two scoring defenses since 2000:

The rookie quarterbacks to start a postseason game against the top-ranked scoring defense in the Super Bowl era:

The first-round playoff meetings between clubs each with a +150-point differential since 1970:

MONDAY NIGHT HISTORY: When the LOS ANGELES RAMS host the ARIZONA CARDINALS on Monday night, (8:15 PM ET, (ESPN/ABC/ESPN2/ESPN+/ESPN Deportes), it will mark the fifth postseason game played on a Monday in the Super Bowl era and first since the 1988 season. Each of the previous three games have also featured the Rams.

The Monday playoff games in the Super Bowl era:

The first-round postseason games featuring two starting quarterbacks each selected No. 1 overall in the NFL Draft:

The quarterbacks selected No. 1 overall in the NFL Draft to win their first career postseason start since 2000:

The youngest combined age of head coaches in postseason games since 1970:

HEY, ROOKIE: Several top rookies from the 2021 season are expected to make their postseason debuts this weekend.

New England quarterback MAC JONES led all rookies in completion percentage (67.6), passing yards (3,801), touchdown passes (22) and passer rating (92.5). He is bidding to become just the fourth rookie quarterback since 2000 and first since RUSSELL WILSON in 2012 to go on the road and win his first NFL postseason start.

Jones became the third rookie quarterback to ever win six regular-season road games, joining DAK PRESCOTT (2016) and BEN ROETHLISBERGER (2004). With a victory at Buffalo on Saturday night (8:15 PM ET, CBS, Paramount+), Jones would join JOE FLACCO (seven road wins in 2008) as the only rookie quarterbacks ever to win seven road games, including the postseason.

Jones surpassed 250 passing yards in seven games this season, the most among all rookies.

The rookies with the most passing yards ever in their first career postseason start:

Cincinnati wide receiver JA’MARR CHASE is making his postseason debut against Las Vegas on Saturday afternoon (4:35 PM ET, NBC/Peacock/Universo). Chase ranked fourth in the NFL with 1,455 receiving yards this season, the most-ever by a rookie in the Super Bowl era.

The rookies with the most receiving yards ever in their first career postseason game:

Pittsburgh running back NAJEE HARRIS is making his postseason debut on Sunday night at Kansas City (8:15 PM ET, NBC/Telemundo/Peacock). During the regular season, Harris led all rookies and ranked fourth in the league with 1,667 scrimmage yards (1,200 rushing, 467 receiving). He surpassed 100 scrimmage yards in nine games, including in Week 16 against the Chiefs (110 scrimmage yards).

The rookies with the most scrimmage yards ever in their first career postseason game: