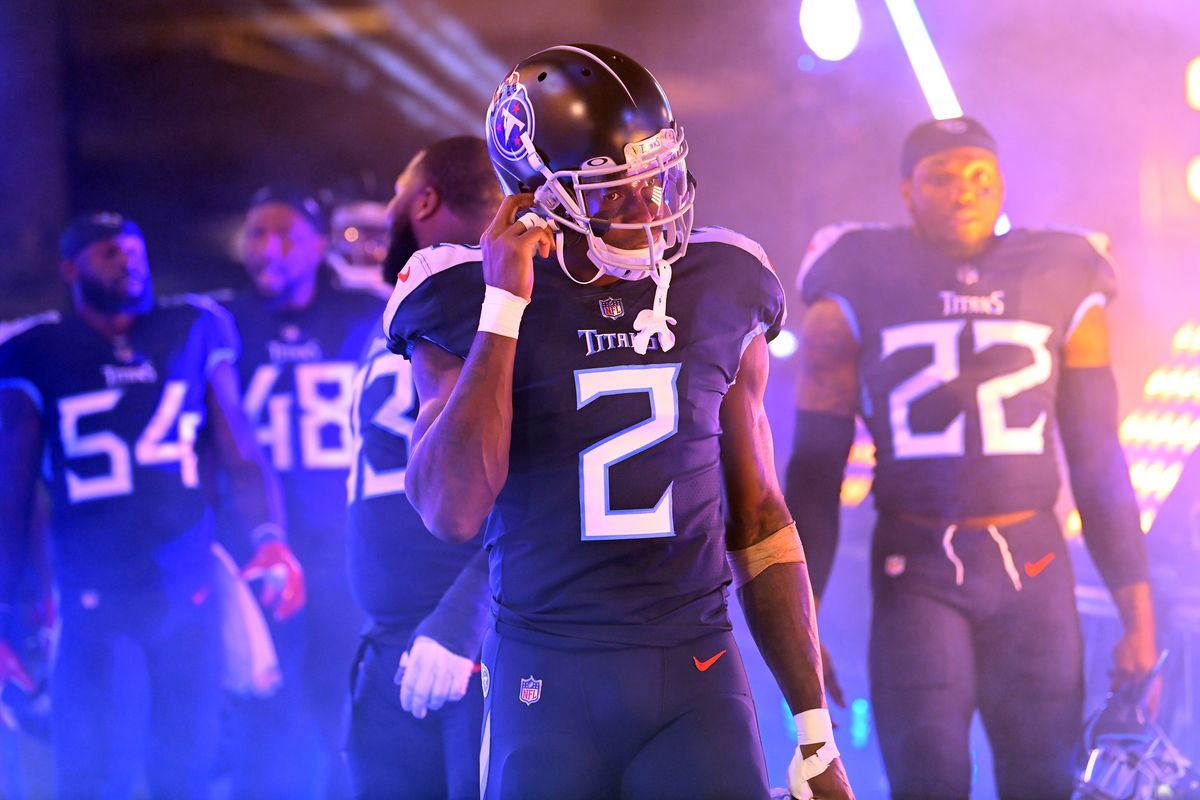 Below are my Divisional Round Weekend predictions, straight-up and against the spread. You’ll also see the full schedule of games and some tremendous notes on the games, teams and players provided by NFL Communications.

Is there a better weekend every year in the National Football League?

This year’s NFL Divisional Playoffs might be the best yet, with a recipe to satisfy every palate.

As an appetizer, how about a game filled with compelling reasons why the league’s future is brighter than it’s ever been? The CINCINNATI BENGALS (11-7) travel to meet the TENNESSEE TITANS (12-5) on Saturday (4:30 PM ET, CBS/Paramount+) in a contest that could include the return of running back DERRICK HENRY, only the third player since the league merger to lead the NFL in rushing yards per game for three straight seasons (minimum eight games each season). On the opposite sideline, 25-year-old JOE BURROW had two touchdown passes with a 110.4 rating in his first career postseason start and 21-year-old JA’MARR CHASE, who compiled the most receiving yards by a rookie in the Super Bowl era (1,455), had 116 receiving yards in his playoff debut last week as the Bengals’ earned their first postseason win in 31 years.

For a Saturday nightcap, how about a taste of NFL teams that have met most frequently in the playoffs over the last 26 years? The SAN FRANCISCO 49ERS (11-7) and GREEN BAY PACKERS (13-4) will match up that night (8:15 PM ET, FOX/FOX Deportes) at Lambeau Field, where the early forecast calls for kickoff temperatures of 13 degrees and dropping to single digits during the second half. The dynamic 49ers feature one of the game’s most electrifying players in DEEBO SAMUEL, who last week became the second wide receiver to post 50-or-more rushing yards (72) and at least one rushing touchdown (one) in a postseason game since 1950, joining Pro Football Hall of Famer JAMES LOFTON. Consistently dangerous Green Bay, which earned the NFC’s only first-round bye as its No. 1 seed, became the first team in NFL history to reach 13 regular-season wins in three consecutive seasons.

Over brunch on Sunday, savor this: The NFC home teams this weekend, Green Bay and AARON RODGERS and Tampa Bay and TOM BRADY, feature quarterbacks who have combined for six league MVP awards and six Super Bowl MVP honors. Then, when those TAMPA BAY BUCCANEERS (14-4) host the LOS ANGELES RAMS (13-5) on Sunday afternoon (3:00 PM, NBC/Peacock/Universo), be sure to enjoy a matchup of two of the league’s top-five passing offenses, the Buccaneers (307.6 passing yards per game, first) and the Rams (273.1, fifth).

And for the main course, get ready for the BUFFALO BILLS (12-6) and KANSAS CITY CHIEFS (13-5) at Arrowhead Stadium on Sunday night (6:40 PM ET, CBS/Paramount+). For the first time ever in a single postseason, multiple players have thrown for at least five touchdown passes in a game, and both games took place last week. Those two players – Buffalo’s JOSH ALLEN and Kansas City’s PATRICK MAHOMES – will square off to conclude the weekend. During the regular season, Buffalo’s offense ranked third in the NFL with 28.4 points per game while Kansas City ranked fourth with 28.2.

The NFL has reached the Divisional stage of the 2021 playoffs, and the menu is set. What’s your order?

FROM LAST PLACE TO CONFERENCE CHAMPIONSHIP: This week, the CINCINNATI BENGALS are bidding to become the fourth team in 13 seasons to advance to a conference Championship Game the year after finishing last or tied for last in their division. With a win on Saturday at Tennessee (4:30 PM ET, CBS/Paramount+), Cincinnati would join the 2017 Jaguars and two clubs that won the Super Bowl, the 2017 Eagles and 2009 Saints, to follow a last-place season with a berth in their conference Championship Game. Cincinnati completed the “worst-to-first” turnaround, winning the AFC North this season after finishing in last place in 2020. At least one team has won its division the season after finishing in or tied for last place in 17 of the past 19 seasons (2003-21).

CHIEFS EYE FOURTH STRAIGHT BERTH IN CHAMPIONSHIP GAME, PACKERS THIRD: The KANSAS CITY CHIEFS, who host Buffalo on Sunday night (6:40 PM ET, CBS/Paramount+), have hosted three consecutive AFC Championship Games (2018-20). Should the Bengals defeat the No. 1-seed Titans on Saturday and the Chiefs win Sunday, Kansas City would become the first team in NFL history to host a conference Championship Game in four straight seasons, and the seventh to play in the game in four consecutive years.

The most consecutive Championship Game appearances since the 1970 league merger:

Meanwhile, the No. 1-seed GREEN BAY PACKERS with a win against the 49ers on Saturday (8:15 PM ET, FOX/FOX Deportes), would become the first NFC team since San Francisco from 2011-13 to advance to three consecutive NFC Championship Games.

SIX SEEDS HAVE BEEN SUCCESSFUL: A No. 6 seed in the NFL playoffs has now advanced to the Divisional round in five straight seasons (2017-21) and seven of the past eight. The SAN FRANCISCO 49ERS joined that group with last week’s win.

THE CONFERENCE FINALIST SPRINGBOARD: History may shine on Buffalo and Green Bay this weekend. Each of those teams lost its conference Championship Game last year. Over the past quarter century, losing in the Championship Game has often resulted in good fortune the following season. Since Pro Football Hall of Famer STEVE YOUNG and the SAN FRANCISCO 49ERS lost in the 1993 NFC Championship before winning Super Bowl XXIX, 12 teams in that span have advanced to the Super Bowl the year after losing a Championship Game. That list includes the 2019 KANSAS CITY CHIEFS, who topped the 49ers in Super Bowl LIV two years ago.

SUPER BOWL HARBINGERS: The BUFFALO BILLS and KANSAS CITY CHIEFS wrap up the Divisional round on Sunday night at Arrowhead Stadium (6:40 PM ET, CBS/Paramount+). The Bills and Chiefs have each won two of their four all-time postseason meetings. The winner of each of those four meetings has gone on to the Super Bowl: Kansas City in 1966 and 2020 and Buffalo in 1991 and 1993.

A look at the four games in the Divisional round of the 2021 NFL playoffs:

PLAYOFF TITANS: After securing the No. 1 overall seed in the AFC playoffs for the first time since 2008, the TENNESSEE TITANS (12-5) will be making their 2021 postseason debut when they host the CINCINNATI BENGALS (11-7) on Saturday (4:30 PM ET, CBS/Paramount+).

Running back DERRICK HENRY is expected to return to the field for the first time since Week 8. In eight games this season, he totaled 937 rushing yards (league-best 117.1 per game) and 10 rushing touchdowns. He is the only player in the league with at least 10 rushing touchdowns in each of the past four seasons.

Henry is also one of three players all-time with at least 200 scrimmage yards in multiple postseason games, along with Pro Football Hall of Famers MARCUS ALLEN (two games) and THURMAN THOMAS (two).

In his postseason career, Henry has totaled 758 scrimmage yards (670 rushing, 88 receiving) and three rushing touchdowns. His 111.7 rushing yards per game in the postseason are the second-most since 1970, minimum five games played.

The players with the most rushing yards per game in the postseason since 1970, minimum five games played:

Tennessee wide receiver JULIO JONES is expected to appear in his ninth-career postseason game this weekend, and first as a Titan. In each of his previous eight playoff games, all with Atlanta, Jones surpassed 50 receiving yards.

The players with at least 50 receiving yards in the most consecutive postseason games in NFL history:

BENGALS BREAKING THROUGH: Last week, the CINCINNATI BENGALS earned their first postseason victory since 1990 and on Saturday, will be looking to advance to their first AFC Championship Game since the 1988 season.

In their Wild Card victory, quarterback JOE BURROW completed 24 of 34 attempts (70.6 percent) for 244 yards and two touchdowns with no interceptions for a 110.4 rating in his postseason debut.

Defensive end TREY HENDRICKSON recorded a sack and forced fumble in last week’s victory. It marked his 13th game this season in which he had a full sack. With a sack on Saturday, he can become the third player since 1982, when the individual sack became an official statistic, to record a sack in 14 games within a season, including the postseason.

The players with the most games with a sack in a season since 1982, including the postseason:

The teams with the highest postseason winning percentages:

Additionally, both teams rank among the top-five in all-time postseason wins. With a victory this weekend, the Packers (36 wins) will tie the NEW ENGLAND PATRIOTS (37) for the most postseason wins ever.

The teams with the most postseason wins:

Green Bay head coach MATT LAFLEUR can join JIM HARBAUGH as the only individuals since the league merger in 1970 to lead teams to their conference Championship Games in each of their first three seasons as an NFL head coach.

Green Bay quarterback AARON RODGERS led the league this season with a 111.9 passer rating and ranked tied for fourth with 37 touchdown passes. In 21 career postseason games, Rodgers has posted a 100.5 rating with 45 touchdown passes, tied for the second-most in NFL history.

The quarterbacks with the most postseason touchdown passes in NFL history:

Dating back to the 2015 playoffs, Rodgers has recorded at least two touchdown passes in nine consecutive postseason games, the longest streak in NFL history.

PASSING LEADERS SQUARE OFF: When the TAMPA BAY BUCCANEERS (14-4) host the LOS ANGELES RAMS (13-5) on Sunday (3:00 PM ET, NBC/Peacock/Universo), it will mark a meeting of the top-two leaders in touchdown passes this season.

Sunday’s matchup will mark the third postseason game ever featuring two starting quarterbacks that each recorded at least 40 touchdown passes in the regular season. Both of the previous two games also featured either Brady or Stafford.

The postseason games featuring starting quarterbacks that each recorded at least 40 touchdown passes in the regular season in NFL history:

The teams to score at least 30 points in the most consecutive postseason games in NFL history:

Quarterbacks PATRICK MAHOMES and JOSH ALLEN, who each recorded five touchdown passes last week, will be the fourth pair of starting quarterbacks to have multiple playoff meetings within their first five seasons in NFL history.

The pairs of quarterbacks to meet in multiple playoff meetings within their first five seasons in NFL history:

The players with the most touchdown passes in their first 10 career postseason games in NFL history:

In total, Kelce has seven career postseason games with at least 100 receiving yards, the second-most ever. Only Pro Football Hall of Famer JERRY RICE (eight games) has more.

Kelce and Hill have combined for 1,802 postseason receiving yards, the sixth-most ever among teammates.

The teammates with the most combined receiving yards in NFL postseason history: