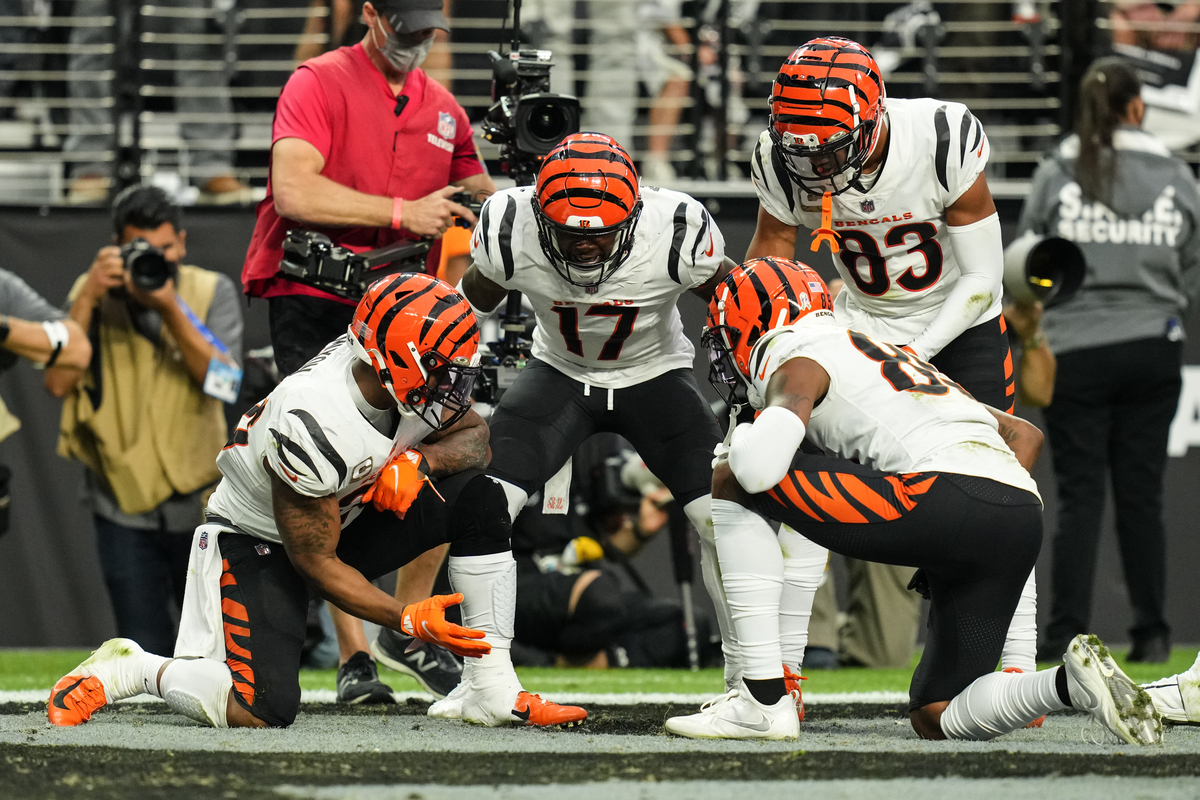 Below is my Super Bowl prediction, straight-up and against the spread. You’ll also see some tremendous notes on the games, teams and players provided by NFL Communications.

For 54 years, no team had played a Super Bowl in its home stadium. After the LOS ANGELES RAMS (15-5) earned the right to represent the NFC in Super Bowl LVI, it’s now happened in consecutive seasons.

For 49 years, no starting quarterbacks drafted No. 1 overall had met in a Super Bowl, until Pro Football Hall of Famer PEYTON MANNING (1998 NFL Draft) and the Denver Broncos defeated Carolina’s CAM NEWTON (2011 NFL Draft) in Super Bowl 50. Now, it will have happened twice in seven seasons, after the Bengals’ JOE BURROW (2020 NFL Draft) meets the Rams’ MATTHEW STAFFORD (2009 NFL Draft) on Sunday.

The Bengals, who were founded by Pro Football Hall of Famer PAUL BROWN and began play in 1968, are looking for their first Super Bowl title, playing in the game for the first time since the 1988 season. The Rams, who began play in 1937, have won three NFL championships: 1945, 1951 and 1999, when they captured Super Bowl XXXIV led by Pro Football Hall of Famers ISAAC BRUCE, MARSHALL FAULK, ORLANDO PACE and KURT WARNER.

With a Rams win, McVay (36 years, 20 days on Sunday) would edge Tomlin (36 years, 323 days old in Super Bowl XLIII) as the youngest head coach to win the Super Bowl.

McVay, who was hired by the Rams in 2017 and led the team to a Super Bowl LIII appearance during the 2018 season, is the fifth individual in league history to advance to two Super Bowls within his first five seasons as an NFL head coach.

The individuals to advance to two Super Bowls within their first five seasons as a head coach in NFL history:

SEEDS OF HOPE: Each Super Bowl team entered the 2021 playoffs as the No. 4 seed in its respective conference. Since the NFL began seeding postseason teams in 1975, Super Bowl LVI is the first that does not include at least one team seeded No. 1 or No. 2. This marks the first Super Bowl in which both teams are seeded No. 4 or lower. The last No. 4 seed to win a Super Bowl was the 2012 BALTIMORE RAVENS (XLVII).

The teams to appear in the Super Bowl the season after finishing in last place in their divisions since 2000:

NOT YOUR AVERAGE JOES: Cincinnati quarterback JOE BURROW guided LSU to a College Football Playoff national championship in 2019. With a win on Sunday, he would join Pro Football Hall of Famers JOE MONTANA and JOE NAMATH as the only starting quarterbacks to win both a consensus college football national title and a Super Bowl.

FIRST YEAR WITH HIS TEAM: Only two quarterbacks have won the Super Bowl in their first years with their teams, the Ravens’ TRENT DILFER (2000, Super Bowl XXXV) and Tampa Bay’s TOM BRADY (2020, Super Bowl LV). The Rams’ MATTHEW STAFFORD, acquired by Los Angeles in an offseason trade, could join them on Sunday.

JA’MARR CHASING A THIRD ROOKIE RECORD: Cincinnati wide receiver JA’MARR CHASE had 1,455 receiving yards in the regular season, most ever by a rookie in the Super Bowl era. He followed that accomplishment with an NFL rookie postseason record 279 receiving yards through the Bengals’ first three playoff games this season. The only rookie record he has left in the receiving-yards category is the single-game Super Bowl record, held by TORRY HOLT, who had 109 in the Rams’ Super Bowl XXXIV victory.

SUPER COOPER: Rams wide receiver COOPER KUPP led the NFL in each of the three major receiving categories –  receptions (145), yards (1,947) and touchdowns (16) – and is the first player in league history to lead the NFL in those three categories for a team that advanced to the Super Bowl. He is the third player to lead the league in receiving yards and appear in the Super Bowl in the same season, joining Pro Football Hall of Famer JERRY RICE (1989 and 1994) and DREW PEARSON (1977).

HERE’S THE TAKEAWAY: Cincinnati has a plus-five turnover ratio this postseason, on the strength of six Bengals interceptions by six different players, including safety VONN BELL, whose overtime interception of PATRICK MAHOMES set up Cincinnati’s game-winning field goal in the AFC Championship Game.

DEFENSIVE STALWARTS: Led by AARON DONALD, a three-time Associated Press Defensive Player of the Year who is seeking his first Super Bowl victory, the Rams ranked sixth in rushing defense (103.2 yards per game allowed) and third with 50 sacks.