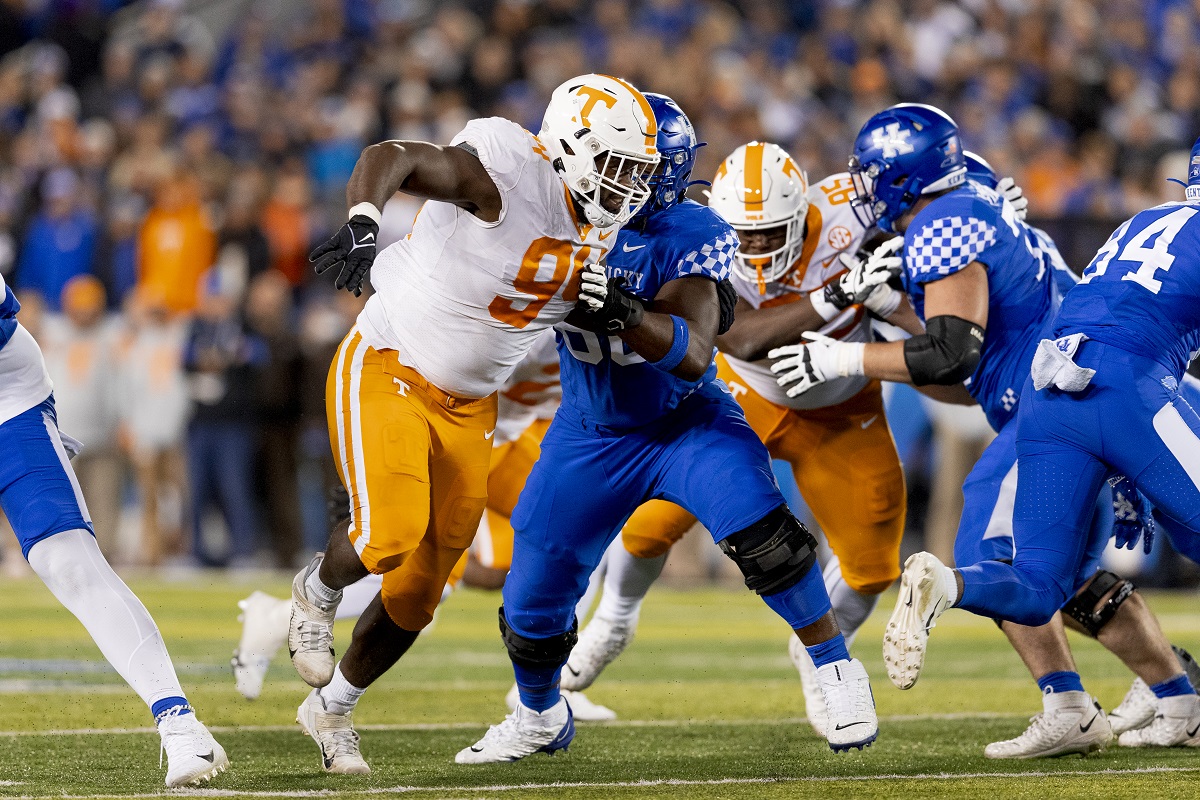 There are four University of Tennessee players expected to be selected in the 2022 NFL Draft in Las Vegas.

After talking to scouts, compiling feedback from player visits, interest from teams in the UT players, evaluating team needs and digging into scheme fits for the VFLs, I’ve come up with the five best team fits for each player. That list with analysis and round range for each is below here in my blog, “Vince’s View,” on 991TheSportsAnimal.com.

There are more than five fits for each player of course, especially when considering these players have all talked to dozens of teams at some point through the draft process of all-star games, NFL Combine, Pro Day and private visits.

Some teams will show-up multiple times in my fits because plenty of teams need DLs, OLs, DBs and the hot position group in football today, WRs.

This was a fun exercise I spent some time on. Hope you enjoy it and will follow along with my list as you enjoy the NFL Draft Thursday through Saturday.

Summary: Butler projects as a DT in a 4-3 or DE in a 3-4. I think the tape of him playing his best football last season in a 4-3 will steer him more to those teams, but his versatility has drawn interest from (at one point) all but one NFL team, so that may not be a big factor. He played the second-most snaps in the country last season among interior defensive linemen. He’s stayed healthy, fights-off double-teams, attacks up-field with an excellent first step, loves the game and is a leader of men. I’ve said on 99.1 The Sports Animal often that I think he’ll be the first Vol selected. It’s close though, with all four guys in the same general round range. The Chiefs like him a lot, need to upgrade their d-line depth and KC is tied with Jacksonville with the most draft picks. Kansas City has 12 selections (two in 3rd/two in 4th/four in 7th) which also means draft capital to move around to secure who they want. Butler has Mike Vrabel kind of player written all over him. He’s also met with them and visited them, so there’s certainly interest there. The Saints want to upgrade their depth inside and he could compete with VFL vet Shy Tuttle for playing time. I can see Butler landing with a historic franchise and having great appreciation for that, so that was a separator with Dallas and Vegas to go with their DT needs.

Summary: Taylor projects at outside cornerback, slot cornerback and safety, depending on who you talk to. I’ve heard all of them from different very smart football people. Bottom line is, that versatility, ability to play and star on special teams and his 4.36 forty yard dash at the NFL Combine have been big pluses on his side. I think the Titans really like Taylor. They have young draft picks from the last two drafts as their three starters, but they need quality depth with today’s passing league. He fits the Titans competitive culture as well. Taylor also has visited all the listed teams. The Steelers like tough, chip on their shoulder, versatile players and he certainly is that. He’d join VFL Cameron Sutton in the secondary. There are lots of other team candidates for Taylor.

Summary: Jones projects as a Slot WR and return specialist with the likelihood that he’ll be on other special teams units as well. His speed (4.31 at the NFL Combine) was eye-opening, but there’s still some that wonder if he’s a natural catcher of the football. He’s tough, has great character and brings coveted yards after the catch. The wide receiver position’s importance is hot right now, so there’s a long list of good team fits. He’s met with all those teams listed and many more. He could join Knoxville’s Amari Rodgers and Randall Cobb as slot WRs catching balls from Aaron Rodgers with the Packers. He would join the WR room in San Fran with VFL Jauan Jennings. 5 of the 7 Titans’ picks are in his round range. The Titans need slot depth, so I could see Jon Robinson turning in the card with his name.

Summary: Mays projects as a guard, with the ability to play all five positions. He visited with the Steelers, Cowboys and the Titans. The Steelers have bodies they’ve added in free agency, but they could use Mays’ nasty disposition and versatility. The Packers have zero reserve guards signed at the moment, so they will likely spend multiple picks at that position with their 11 picks. Mays fits the Ravens’ heavy two-tight and two-back heavy run sets, especially when they use gap scheme blocking. The Titans’ power run game matches Mays also with a depth need there also.

A few other Vols on the draft range as outside possibilities or undrafted free agent candidates are: DB Theo Jackson, DL Ja’Quain Blakely and WR JaVonta Payton.