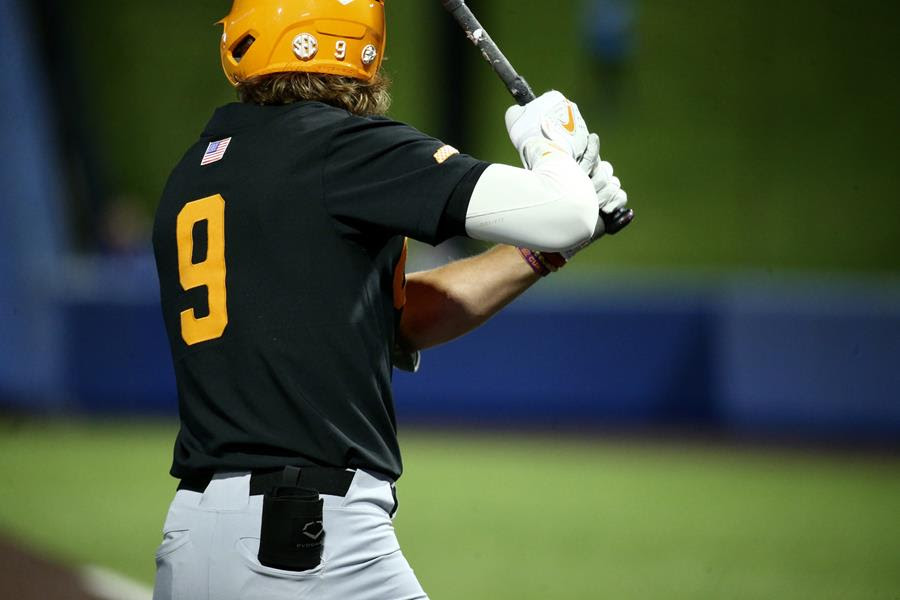 LEXINGTON, Ky. – Friday night’s baseball game between No. 1/1 Tennessee and Kentucky at Kentucky Proud Park in Lexington was suspended due to heavy rain and lightning in the area.

The contest will be resumed on Saturday at 2 p.m. ET. The originally scheduled series finale will begin approximately 40 minutes following the conclusion of Friday’s suspended game, which was stopped with one out in the top of the eighth inning and UT trailing, 4-2.

First pitch on Friday night was delayed an hour and 43 minutes due to lightning in the area, but the teams were able to get through seven-plus innings before the inclement weather set in once again.

Due to SEC rules, Saturday’s second game will be a seven-inning game.

All of the action from both games on Saturday can be seen on SEC Network+ and the ESPN app. Fans can also listen to Tennessee’s official radio call on the Vol Network and its affiliates as John Wilkerson calls the action.