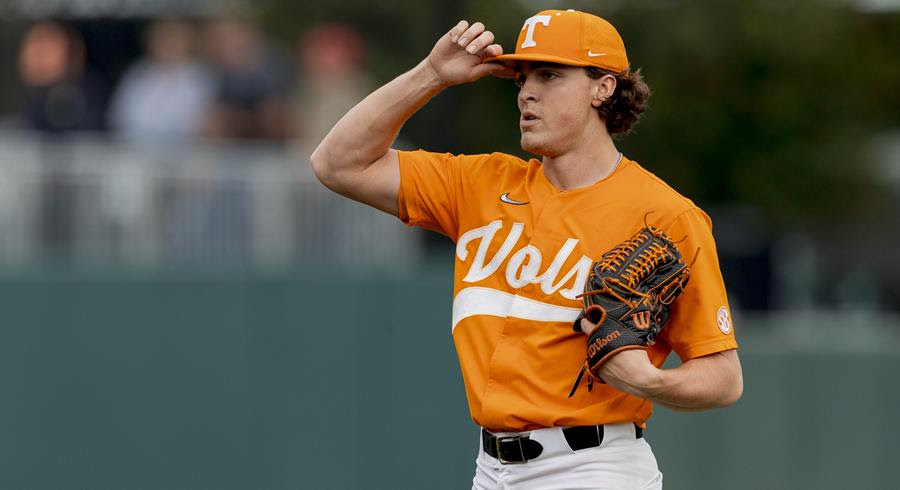 The Vols are looking for their 11th series victory of the season after dropping their first three-game set of the year last weekend at Kentucky.

Season and single-game tickets for all remaining home contests are SOLD OUT. Limited standing room only tickets will go on sale for all games 90 minutes prior to first pitch at the Lindsey Nelson Stadium ticket office.

Single-game tickets for all games can also be purchased through Vivid Seats, the exclusive resale marketplace for Tennessee Athletics, by clicking HERE.

In order to keep Lindsey Nelson Stadium as full as possible, we are encouraging season ticket holders who are unable to use their tickets for a game(s) to either transfer your tickets to someone else (Instructions HERE).

Thursday’s game will be broadcast live on the ESPNU with Dave Neal (PxP) and Kyle Peterson (analyst) on the call. Friday’s contest will feature the same crew and will be broadcast live on SEC Network. Saturday’s series finale will be streamed live on SEC Network+ and the ESPN app with Andy Brock (PxP) and VFL Cody Hawn (analyst) providing commentary.

Fans can also listen to the Voice of Tennessee Baseball John Wilkerson and Vince Ferrara call the game on the Vol Network (FM 99.1/AM 990) as well as UTSports.com and the Tennessee Athletics App.

The Vol Network had added multiple radio affiliates to broadcast remaining Tennessee baseball SEC games this season. The complete list of new affiliates is below. Please check your local listings prior to each weekend to see which games will be broadcast on each station.

Tennessee has won the last two series against the Bulldogs and is 5-4 against Georgia since head coach Tony Vitello took over at UT.

Success vs. Ranked Foes
Tennessee has played some of its best baseball when facing top 25 teams, posting an 10-3 record against ranked opponents this season, including a pair of sweeps over top 10 foes Ole Miss and Vanderbilt, while taking the series at the end of April against Auburn. Since Tony Vitello took over as head coach in 2018, the Vols have posted 43 wins over ranked foes, including 20 victories over teams ranked in the top 10 and six wins over top-ranked teams – Ole Miss (x3) in 2022, Arkansas in 2021, Texas Tech in 2020 and Florida in 2018.

Vitello’s record against ranked teams at UT is 43-41 and UT has won 13 series over ranked teams during his tenure.

Phenoms In the Pen
Tennessee’s loaded bullpen has posted a 2.19 season ERA with 218.0 innings pitched and 273 strikeouts. In total the Vols have 13 relievers who own a sub-3.00 ERA.

Tennessee has six relievers who have made 19 or more appearances, each one has a sub-2.60 ERA, led by Ben Joyce with a 1.23 ERA. As a unit, 12 of the 17 arms that have come out of the UT bull[1]pen this year are averaging more than one strikeout per inning.

The Boys Are Raking
Tennessee’s four hitters with the most home runs, Trey Lipscomb (19), Jordan Beck (13), Jorel Ortega (11) and Luc Lipcius (11) have combined for 54 home runs. That total ranks more than 217 teams in Division I.

Gameday promotions for all Tennessee athletics home events can be found on the UT Fan Experience page by clicking HERE.

Fans are encouraged to download the My All App for their phones and devices this season. The app is available on the Google Play Store and Apple App Store and will allow fans to participate in in-game trivia, the custom filter selfie cam and more throughout the year.

Friday SEC Block Parties will take place for ticketed fans on Pat Head Summitt Street for every Friday SEC contest (weather permitting). The area will only be accessible for fans with tickets to Friday’s game. This Friday’s block party will open at 3:30 p.m.

Tennessee caps its five-game homestand with a midweek matchup against Belmont on Tuesday, May 17 at 6 p.m.