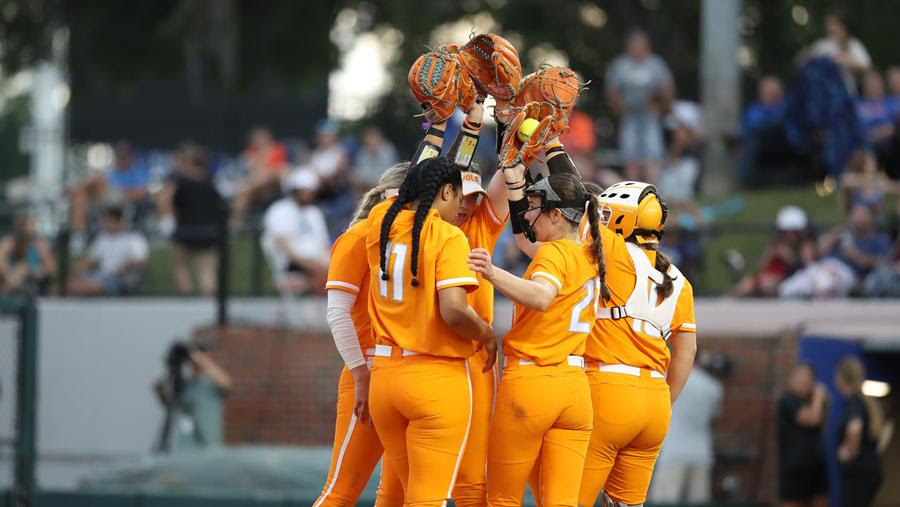 GAINESVILLE, Fla. — In a game that spanned more than four hours from start to finish, No. 10 Tennessee softball was eliminated in Friday’s SEC Tournament semifinals by a score of 3-0 against No. 22 Missouri. The Tigers knocked three solo home runs in the fourth, fifth and seventh innings to advance to the SEC championship game at the University of Florida’s Katie Seashole Pressly Stadium.

Tennessee (39-16) out-hit its opponent 6-4 for the contest as Kiki Milloy, Lair Beautae, Ivy Davis, Ashley Morgan, Kelcy Leach and Amanda Ayala recorded one single each for the Big Orange. Graduate lefty Erin Edmoundson held Mizzou (36-18) to four hits in 6.1 innings pitched, but all four went for extra bases as she was tagged with the loss and three earned runs.

Despite recording back-to-back base hits in both the second and third innings, the Lady Vols were unable to push a run across in the early going. UT put a runner on in the fifth, sixth and seventh innings, but left five runners stranded for the game and was ultimately shut out for just the second time this season.

After Edmoundson worked through three scoreless innings, Missouri built a 2-0 lead with solo homers in the top of the fourth and fifth frames. Fifth-year players Kimberly Wert and Hatti Moore each went yard for the Tigers before the game entered a weather delay at 4:23 p.m. in the top of the fifth with two outs. Two hours and 33 minutes later, Edmoundson got out of the fifth with a flyout to left.

The Tigers tacked on their third run of the night in top of the seventh when freshman Kara Daly went yard with a one-out solo blast to left field. Leach had a Lady Vol rally on her mind in the bottom half after ripping a one-out single down the left field line, but a strikeout and a groundout to third ended the ballgame.

Junior right-hander Jordan Weber went the distance for Missouri to collect her 15th win of the year. She spun seven scoreless innings with six hits allowed and one strikeout.

UP NEXT: NCAA Tournament action begins next weekend with regional play at 16 institutional host sites. The selection show is set for Sunday at 7 p.m. and will be televised on ESPN2.