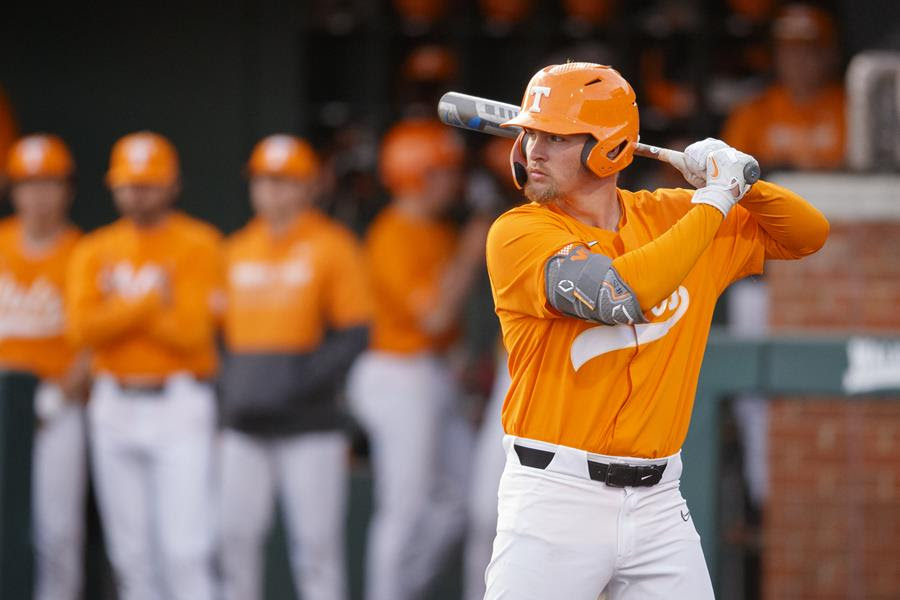 Burke is coming off a two-home run day against Georgia over the weekend and a 5-for-8 series to help the Vols clinch the SEC Regular-Season Championship.

Burke becomes the fifth UT player to earn conference freshman of the week honors this season, joining OF/C Jared Dickey (twice), RHP Chase Burns, RHP Drew Beam (twice) and UTL/DH Christian Moore. This season, the Vols have earned seven SEC Freshman of the Week nods total. From the first year of the award in 2006 up until now, Tennessee had eight honorees total.

Burke led the Volunteer offense with a .625 average against Georgia. He logged five hits, two of which were home runs in Thursday night’s series opener. He posted his first career multi-hit effort in a conference matchup, doing so in both Thursday and Friday’s contests.

The Brentwood, California, native totaled six hits on the week—three coming via long balls—as he upped his season home run total to nine, along with 23 RBIs on the year. The award marks Burke’s first collegiate honor and the 11th weekly award the Volunteers have earned in 2022.

Tennessee concludes its five-game homestand and the home regular season slate Tuesday evening as it faces Belmont at 6 p.m. on SEC Network+.