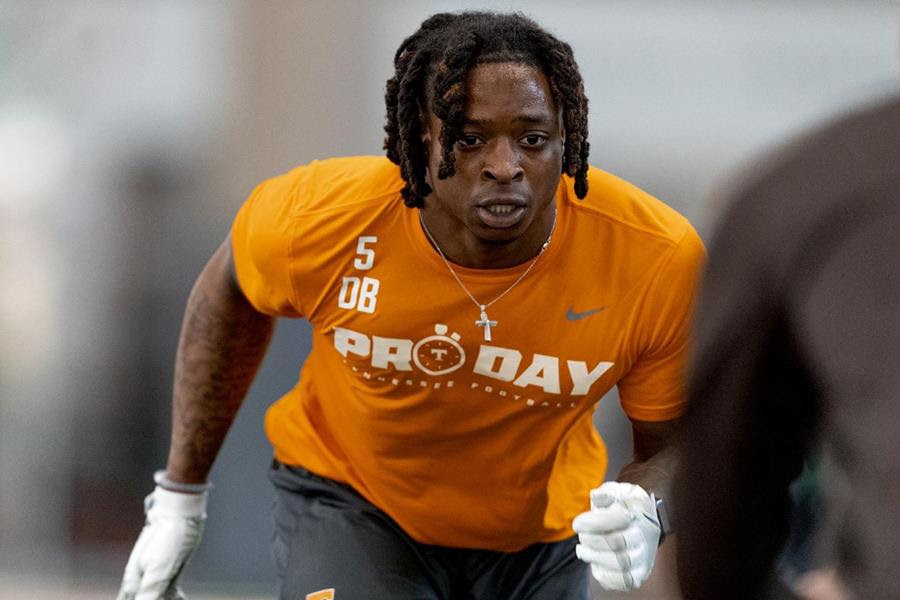 KNOXVILLE, Tenn. – VFL defensive back Kenneth George Jr. became the seventh member of the 2021 Tennessee Volunteers to join an NFL club as he signed an undrafted free agent contract with the Tennessee Titans.

George Jr. attended the Titans’ rookie minicamp over the weekend and impressed the organization. He reunites with secondary teammate Theo Jackson, who was selected in the sixth round by his hometown team.

George Jr. played in eight games last fall, logging five tackles, one tackle for loss and one fumble recovery. His fumble recovery stalled a drive at then-No. 4 Alabama. The Lafayette, Louisiana, native played in 33 career games during his four-year career, while tallying 52 tackles, one interception and 10 pass breakups.

He earned his degree from Tennessee in November 2020.