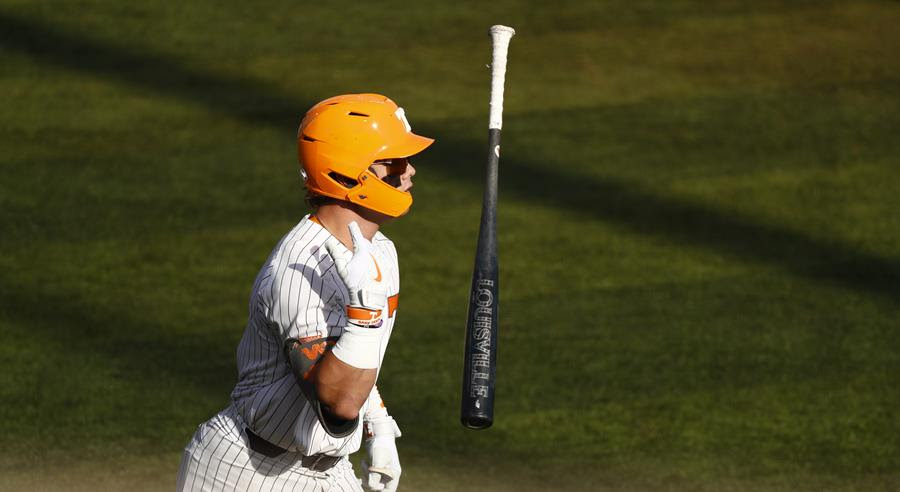 The Vols scored four runs in the first inning, five runs in the second inning and then at least one run per inning all the way through the seventh. Tennessee’s 18 runs are its third-most in a single game this season and most since Feb. 29 against Iona.

Overall, five Vols homered on Tuesday, while 10 recorded a hit and five had multiple hits.

Tennessee (46-7) hit at least one home run in each of the first five innings of the game—led off by Drew Gilbert’s three-run shot to right field in the first inning.

Stephenson and Moore led the Vols in hits on Tuesday, both recording three, while Lipcius, Moore, Ortega and Logan Chambers had two apiece.

Defensively, Tennessee recorded its eighth shutout on the season and surrendered just four hits thanks to a combined eight-man effort on the mound.

Belmont (35-18) went three up, three down four times and advanced a base runner past first base only two times.

Zander Sechrist registered yet another impressive midweek start, retiring nine of the 10 batters he faced  along with two strikeouts in 3.0 innings. Freshman J.D. McCracken (1-0) was credited with his first career win, giving up just one hit in 2.0 innings.

UP NEXT: Tennessee travels west to take on Mississippi State at Dudy Noble Field in Starkville, Mississippi for its regular season finale series. The Vols and Bulldogs series is set to run from Thursday through Saturday, with the series opener taking place on Thursday at 7 p.m. ET on SEC Network.

VOLS NOTCH WIN NO. 46: Tuesday’s win was Tennessee’s 46th of the season—tied with the 2005 College World Series team for the fifth-most in a single season in program history.

DOMINANT DEFENSIVE EFFORT: Tennessee recorded its eighth shutout win of the season on Tuesday—tied for the second-most shutouts in the nation this season.