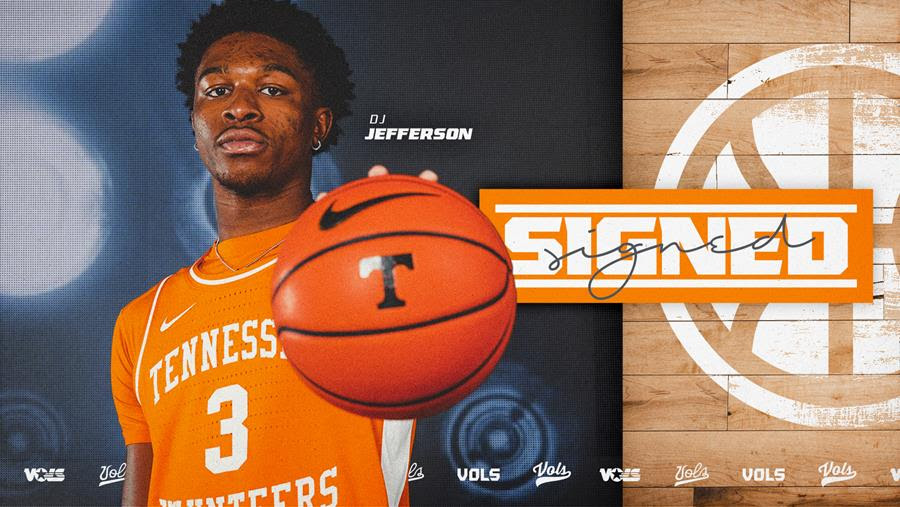 A native of Richardson, Texas, the 6-5 Jefferson attends Minnesota Preparatory Academy in St. Paul, Minnesota. He is rated as the nation’s No. 45 prospect in the Class of 2022 by On3 and No. 73 nationally by 247sports.

“D.J. is a lot of fun to be around,” Barnes said. “He’s got an engaging personality and infectious positive energy. That energy really translates to the basketball court. He’s an exciting player in transition who loves getting out in the open court. D.J. is also a high-level defender with big shoulders and a long wingspan. I think Tennessee fans will love getting to know him and watching him compete.”

Jefferson initially signed with Tulsa in November but was released and reopened his recruitment following a coaching change. His stock rose significantly after an impressive showing at the Iverson Classic last month in Memphis.

Prior to that, he averaged 16.1 points, 5.8 rebounds, 4.1 assists and 3.0 steals per game as a senior at Minnesota Prep. As a junior in 2020-21, Jefferson ascended in the national recruiting rankings after showcasing his offensive abilities with a 22.0-points-per-game scoring average.

Believed to be the first-ever Tennessee basketball from the Dallas-Fort Worth metroplex, Jefferson played his AAU ball with the Howard Pulley Panthers of the Nike EYBL.