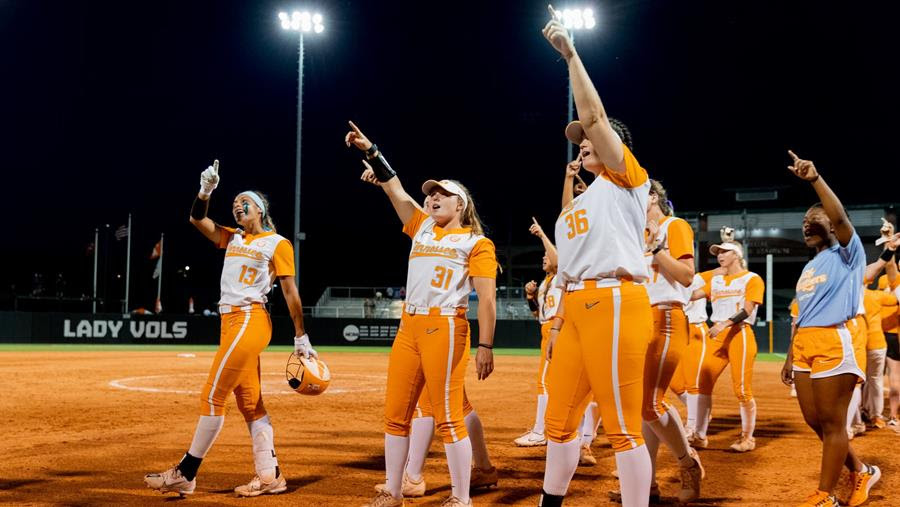 KNOXVILLE, Tenn. — The 10th-ranked and 11th-seeded Tennessee softball team took down Campbell 9-1 in six innings to open its showing at the 2022 NCAA Knoxville Regional Friday night at Sherri Parker Lee Stadium. The Lady Vols out-hit the Fighting Camels 11-3 for the game, headlined by a three-hit night for Kiki Milloy to open NCAA Tournament action.

A junior outfielder from Woodinville, Washington, Milloy led all players with three base knocks and two stolen bases for her third three-hit game and fifth multi-steal outing of the season. Freshman McKenna Gibson was 2-for-3 at the plate with a solo homer, while sophomore Zaida Puni drove in game-high three RBIs for the Big Orange.

Senior right-hander Ashley Rogers faced the minimum through three solid innings of relief, dealing six strikeouts on the way to her 11th win of the season. The fourth-year pitcher has totaled 58 career wins in the circle, breaking a tie with Caylan Arnold and Stephanie Humphrey for the seventh most career pitching victories in Tennessee history.

Tennessee (40-16) threatened early, putting a pair of runners in scoring position with no outs in the bottom of the first after Milloy and Lair Beautae led off with back-to-back singles. Barefoot escaped the jam, working three-straight outs with a strikeout, fielder’s choice and groundout to end the inning.

The Fighting Camels (37-18) struck first in the top of the second when senior Kayla Fredenhall crushed her third home run of the season, launching a leadoff solo shot to center that put CU ahead 1-0.

UT grabbed the lead in the bottom half, plating four unearned runs with two outs on the board. Kelcy Leach opened the scoring, coming home on a failed pickoff attempt by the Campbell catcher after leading the frame off with a double to the right center gap. Puni stepped into the batter’s box with the bases loaded and cleared them off with a single up the middle, scoring Beautae, Milloy and Rylie West to provide a 4-1 lead for the Big Orange.

Gibson added a run for Tennessee in the bottom of the fourth, leading off with an opposite-field solo shot to the bleachers in right center for her 11th long ball of the season. The Lady Vols tacked on three more in the fifth, with West coming home on a wild pitch before Milloy knocked her third hit of the night to left field for a two-run single that increased UT’s lead to 8-1 through five.

Needing one more run to lock up the win in the sixth, Tennessee loaded the bases once again following back-to-back singles from Ashley Morgan and Madison Webber and a walk drawn by West. Almost 12 hours after walking across the stage to receive her master’s degree, super senior outfielder Amanda Ayala was walked on four pitches to bring in her classmate Morgan and end the game.

With the victory, Tennessee secured its 19th consecutive full season with 40-plus victories. UT also picked up its 79th win in NCAA Tournament play and 47th win in the regional round.

UP NEXT: The Lady Vols will face a quick turnaround, taking on Oregon State in the winner’s bracket on Saturday at noon. The matchup will be televised on SEC Network.