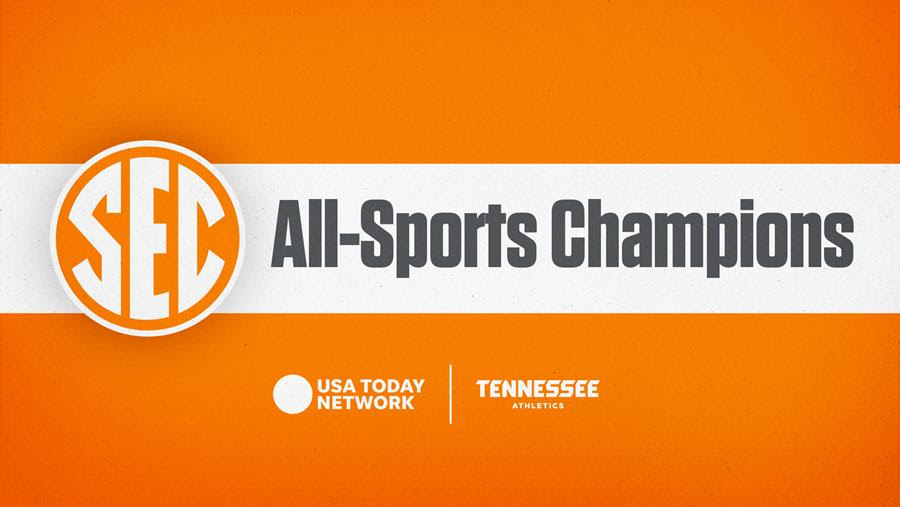 The “overall” all-sports championship signifies Tennessee’s dominance this year across both men’s and women’s sports among SEC schools.

In the overall standings—factoring in both men’s and women’s team success—Tennessee and Florida each finished with 154 points, but Tennessee’s overall percentage of .770 edged out UF’s .740. Arkansas finished in third overall with 124 points and a percentage of .62626.

“This is such an exciting time to be a Tennessee Vol,” men’s basketball rising senior Josiah-Jordan James said. “We’ve got a bunch of different sport teams, but as student-athletes, we really are like one big, united team. We all want to see one another succeed. And this year,  we’ve had a ton of success to celebrate. Tennessee provides us with everything we need to be great—there’s no better place in the world to learn, train, compete and develop as a college athlete.”

“When I first came to Tennessee, I was told it was a program on the rise,” Tennessee senior pole vaulter and 2021-22 Student-Athlete Advisory Committee Co-President Hannah Jefcoat said. “I would say the rise has happened—but we aren’t finished yet. We have worked hard to build a family-like environment with our student-athletes, and that is evident by the results we are posting as Lady Vols and Vols. GBO!”

This is the second year the SEC All-Sports awards have been presented by the USA Today Network.

Points are awarded based on the number of competing teams in a sport. A program’s points total is divided by the total number of teams competing in the sports the school sponsors, and that quotient ranks the teams in the final USA Today Network SEC All-Sports standings.

The league office tabulated the SEC All-Sports totals internally until the 1994-95 academic year. The New York Times Regional Newspaper Group presented the awards from the 1994-95 through 2010-11 seasons, and the awards were later given by The Halifax Media Group and GateHouse Media until the USA Today Network began presenting the award prior to 2020-21.