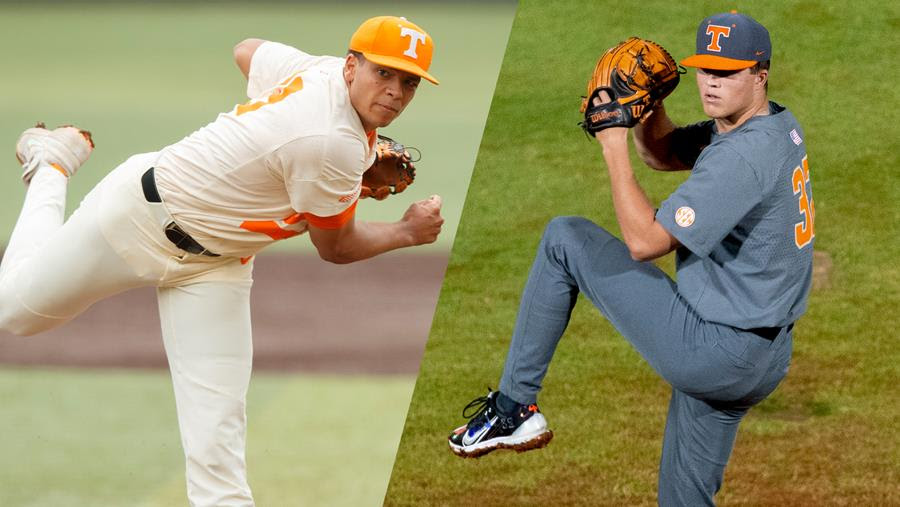 DALLAS – Tennessee’s talented pitching duo of Chase Burns and Drew Beam continued to rack up the postseason accolades on Monday, as both were named first-team Freshman All-Americans by the National Collegiate Baseball Writers Association (NCBWA).

This marks the second outlet to tab Burns and Beam as freshman All-Americans after the duo earned the same honor from Collegiate Baseball earlier this month.

Burns was UT’s Friday night starter for the majority of the year and put forth a dominant debut campaign on Rocky Top. The Gallatin, Tennessee, native was a semifinalist for both the Golden Spikes Award and the Dick Howser Trophy and was named a third-team All-American by Collegiate Baseball, becoming the first UT freshman pitcher to earn All-America honors since R.A. Dickey in 1994. He was also a second-team All-SEC and SEC All-Freshman Team selection. Burns was named the Collegiate Baseball Co-Freshman National Player of the Year, as well, sharing the honor with NC State’s Tommy White.

Burns finished the year with an 8-2 record and a 2.91 ERA over 17 appearances (14 starts). He also racked up 103 strikeouts in 80.1 innings of work while allowing just 25 walks and holding opposing hitters to a .216 batting average. His 2.91 ERA is the fifth lowest by a freshman in program history while 103 punchouts rank third most by a Vol freshman.

Beam was another standout freshman pitcher in UT’s weekend rotation this season, earning SEC Freshman of the Year honors after posting an 8-1 record to go along with a 2.72 ERA in a team-high 15 starts. The Murfreesboro, Tennessee, native held opposing hitters to a .186 batting average and had an impressive 0.93 WHIP. His 2.72 ERA ranks fourth best all-time among Tennessee freshmen while he and Burns are tied for fifth in program history in wins by a freshman with eight.

Beam’s long list of accolades this season include All-SEC second team and SEC All-Freshman team honors. He was also a semifinalist for the Dick Howser Trophy and was named to D1Baseball.com’s Midseason All-America team.