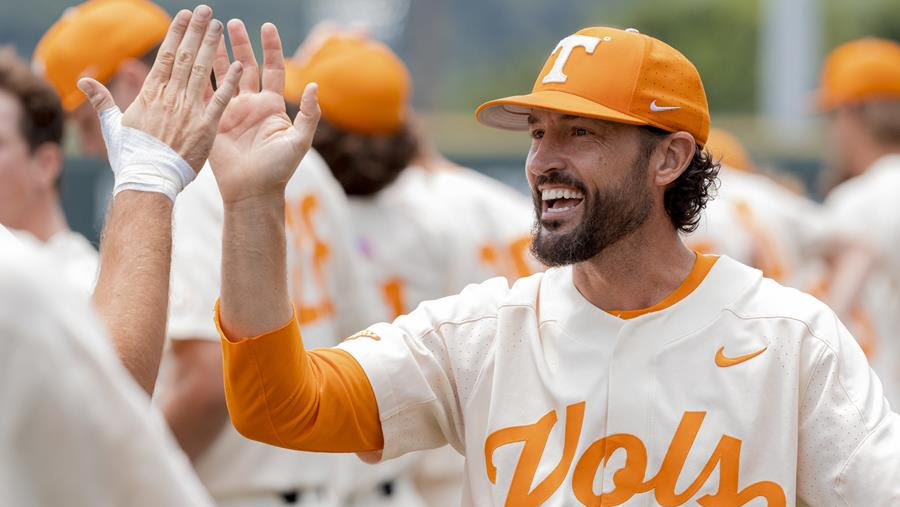 KNOXVILLE, Tenn. – Tennessee racked up the postseason honors from Perfect Game with eight representatives earning accolades from the organization on Wednesday.

Leading the way was head coach Tony Vitello, who was named the outlet’s National Coach of the Year for the second straight season after guiding the Volunteers to a program-record 57 wins and their first SEC regular season and tournament titles since 1995.

Dollander posted a perfect 10-0 record and led the country with a 0.80 WHIP. He also led the team with 108 strikeouts and had a 2.39 ERA while holding opposing hitters to a .175 batting average. The Georgia native joined VFL and World Series champion Luke Hochevar as the only Vols to ever win SEC Pitcher of the Year honors.

Gilbert had yet another outstanding season for UT, leading the team with a .362 batting average, 21 doubles and four triples while ranking second on the team with a career-high 70 RBIs despite missing six games due to injury.  The Stillwater, Minnesota, native was an All-SEC first-team selection and was named to the SEC All-Defensive team, as well. Gilbert was also named to SEC Tournament MVP after helping lead the Vols to their first title since 1995.

Ortega had a breakout season for the Big Orange after winning the starting job at second base, setting career highs in every statistical category. The native of Puerto Rico finished the year ranked third on the team with 18 home runs and 61 RBIs while batting .323. Ortega also ranked second on the team with 76 hits and 20 doubles.

Lipscomb had an incredible season after patiently waiting his turn to earn a starting role over the past three years. The native of Frederick, Maryland led the team in numerous offensive categories and was the SEC leader with 84 RBIs, a mark that ranks fourth nationally year and third in UT single-season history. Lipscomb also belted 22 home runs on the year, which is tied for second most in program history for a single season. The first-team All-SEC selection is a finalist for the Dick Howser Trophy and was also named the NCBWA District 3 Player of the Year.

Tennessee also had three players named to the Perfect Game Freshman All-America teams, as pitchers Chase Burns and Drew Beam were first-team selections while Blake Burke earned a spot on the second team.

Burns and Beam combined for a 16-3 record on the year with eight wins apiece, putting them in a tie for fifth on UT’s freshman single season wins list. Burke showed off his impressive power all season long, tying the single-season program record for home runs by a freshman with 14.