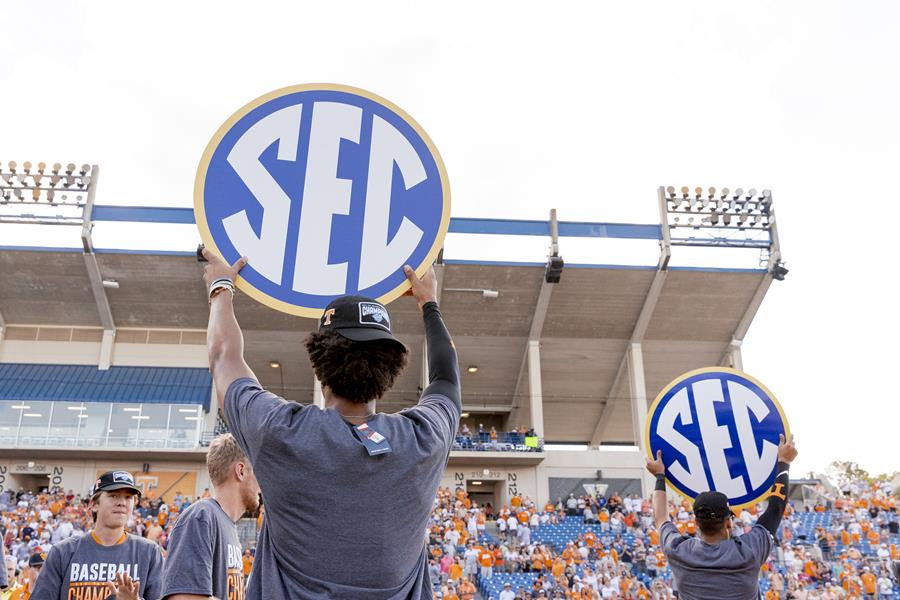 BIRMINGHAM, Ala. – Tennessee’s conference slate for the 2023 baseball season has been reveled, as the SEC announced the league schedules for all 14 teams on Wednesday afternoon.

The defending SEC champion Volunteers will open their SEC slate on the road at Georgia (March 17-19) before hosting Florida for their SEC home opener the next weekend (March 24-26).

UT’s other conference home series include matchups against eastern division foes Vanderbilt (April 7-9) and Kentucky (April 14-16), as well as showdowns with Texas A&M (April 28-30) and Mississippi State (May 12-14) from the western division.

On top of its visit to Athens to take on the Bulldogs, Tennessee is also slated to play road series at LSU (March 31-April 2), South Carolina (April 21-23) and Missouri (May 5-7) before wrapping up league play with a trip to the Plains to take on Auburn (May 18-20).

The SEC Tournament will once again be held at the Hoover Met in Hoover, Alabama. The first round of the tournament will be on May 23 and the championship game will be played on May 28.

The Vols are coming off an historic season in 2022, setting a new program record with 57 victories en route to winning SEC Regular Season and SEC Tournament titles. The Big Orange achieved the program’s first No. 1 national ranking in any poll and were ranked No. 1 in at least one poll during 12 weeks of the season while spending 10 weeks as the nation’s unanimous top-ranked team.