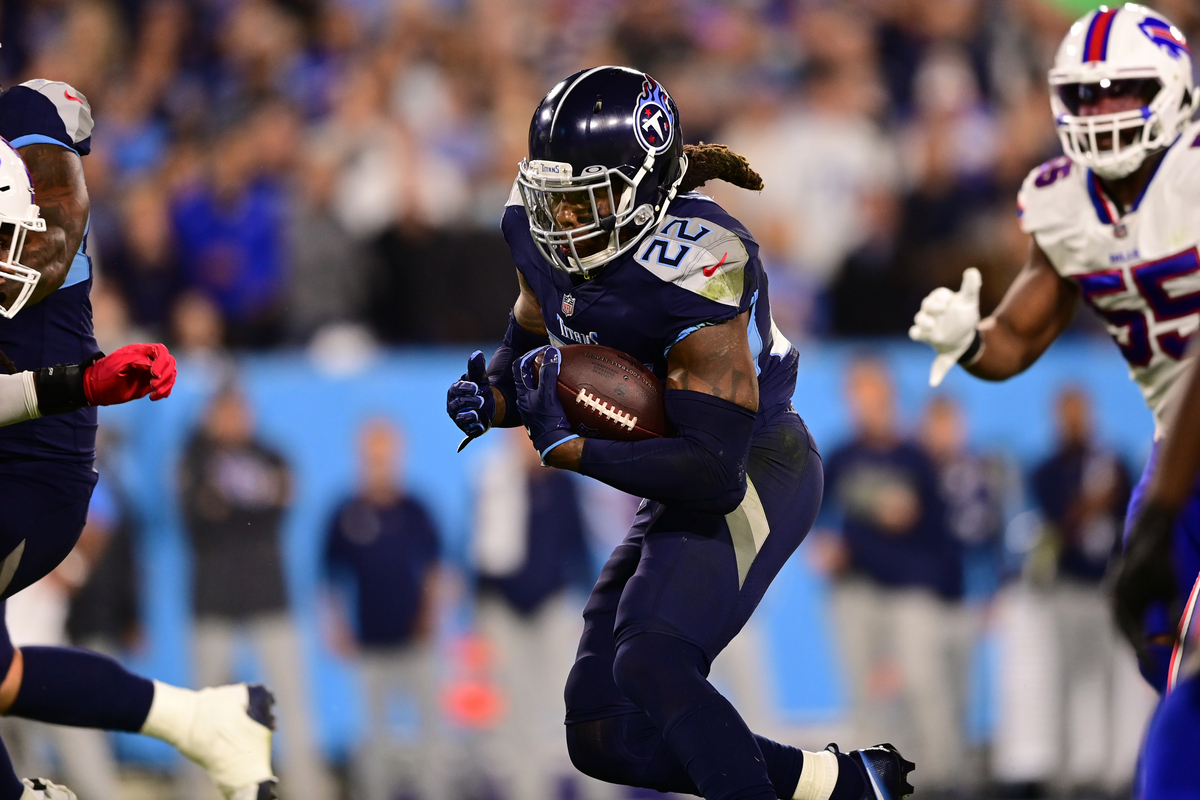 Below is the game schedule with my Week 2 NFL game predictions. Winners straight-up are in bold. The line is my pick against the spread.

The National Football League sure knows how to write a season-opening statement with an exclamation point.

Seven games were decided by three points or fewer, more than any opening week in league history.

Week 2 brings even more historic debuts. This week the NFL unveils its first new broadcast partner since 1994. Amazon Prime Video is the new home of Thursday Night Football and the package’s initial game is an AFC West showdown between the LOS ANGELES CHARGERS (1-0) and KANSAS CITY CHIEFS (1-0) at 8:15 PM ET. Then, to bookend the week, the NFL presents its first staggered Monday Night Football doubleheader, with TENNESSEE (0-1) at BUFFALO (1-0) kicking off at 7:15 PM ET on ESPN and MINNESOTA (1-0) at PHILADELPHIA (1-0) at 8:30 PM ET on ABC.

2.     NUMBER OF THE WEEK – .952: The Bills’ winning percentage (20-1) when quarterback JOSH ALLEN rushes and passes for at least one touchdown in the same game. Including last week’s win, Allen’s 21 games with at least one rushing TD and one-or-more passing TDs are the most in the NFL since he entered the league in 2018.

4.     SPOTLIGHT – INDIVIDUAL MATCHUP: Linebacker FOYESADE OLUOKUN, who signed with Jacksonville as an unrestricted free agent this offseason, led the NFL with 192 tackles in 2021. On Sunday (1:00 PM ET, CBS), Oluokun and the Jaguars host Indianapolis and running back JONATHAN TAYLOR, who led the league last year in both scrimmage yards (2,171) and rushing yards (1,811).

5.     SPOTLIGHT – TEAM MATCHUP: In 18 of the last 19 seasons (2003-21), at least two teams have won their divisions the year after missing the playoffs, including CINCINNATI (0-1) and DALLAS (0-1) in 2021. Those teams meet Sunday at AT&T Stadium (4:25 PM ET, CBS). Each team features a reigning Associated Press Rookie of the Year (the Bengals’ JA’MARR CHASE won the offensive award and the Cowboys’ MICAH PARSONS took the defensive honor), marking the third consecutive season that the league’s top offensive and defensive rookies from the previous season meet in Weeks 1 or 2.

6.     STREAK SPEAK: NEW ORLEANS (1-0) hosts TAMPA BAY (1-0) on Sunday (1:00 PM ET, FOX) with seven consecutive regular-season wins over the Buccaneers, including four against TOM BRADY. It’s the longest regular-season winning streak by an NFL team against Brady as a starting quarterback. Prior to the Saints’ current streak, Brady had only lost three consecutive games to a single opponent on one occasion, to the Broncos from 2005-09 … JACKSONVILLE (0-1) hosts INDIANAPOLIS (0-0-1) on Sunday (1:00 PM ET, CBS), having won its last six against the Colts in Jacksonville. FRANK REICH was DOUG PEDERSON’s offensive coordinator when Philadelphia won the Super Bowl in 2017.

8.     UNDER-THE-RADAR STORYLINE: Former quarterback KERRY COLLINS holds a significant place in the histories of the CAROLINA PANTHERS (0-1) and NEW YORK GIANTS (1-0), who meet Sunday at MetLife Stadium (1:00 PM ET, FOX). The first-ever draft selection in Panthers history, Collins led the franchise to the NFC Championship Game in only his second season, 1996. Four years later, Collins led the Giants to a berth in Super Bowl XXXV, where the starting quarterback for his opponent was the Ravens’ TRENT DILFER. Both Collins and Dilfer are now high school football coaches in the Nashville area.

10.  THIS WEEK IN NFL HISTORY: Sept. 15, 2002 (20 years ago) – Future Pro Football Hall of Famer BRIAN URLACHER sacks 22-year-old MICHAEL VICK twice in the fourth quarter to preserve a 14-13 Chicago win at Atlanta, dropping the Falcons to 0-2. Vick, who had taken over as Atlanta’s starter prior to the season, would then lead the Falcons to wins in eight of their next 10 games to springboard the team into the playoffs.

11.  AND LAST BUT NOT LEAST: Defensive coordinators VANCE JOSEPH and PATRICK GRAHAM face off at Allegiant Stadium Sunday (4:25 PM ET, CBS) when Arizona travels to Las Vegas. Each coach is a former Dolphins defensive coordinator. And, each has tutored four-time Pro Bowler CHANDLER JONES, now with the Raiders. Jones had 30.5 sacks in three Cardinals seasons under Joseph (2019-21). Earlier, Graham was Jones’ first NFL position coach with New England from 2012-13, when Jones recorded 17.5 sacks over his first two seasons in the league. Since 2014, only AARON DONALD (99) has more sacks than Jones (90).

Last year, the LOS ANGELES RAMS became the second eventual Super Bowl winner in the past five years to begin the season 2-0. Of the 56 total Super Bowl champions, 35 (62.5 percent) won their first two games of the season.

After Week 2, the records of teams that made the playoffs, won divisions and won Super Bowls since 1990:

TOP PASSERS ON THURSDAY NIGHT: The Kansas City Chiefs (1-0) are set to host the Los Angeles Chargers (1-0) on Thursday Night Football in the first-ever NFL regular-season game to air exclusively on Amazon Prime Video (8:15 PM ET). It will be a pivotal early season AFC West clash and will feature two of the league’s top passers.

The players with the most passing yards per game in NFL history (minimum 1,000 pass attempts):

The players with the most games with at least 300 passing yards in their first six seasons in NFL history:

Herbert passed for 279 yards and three touchdowns in last week’s Chargers victory, his 14th-career game with at least three touchdown passes, surpassing Pro Football Hall of Famers PEYTON MANNING (13 games) and KURT WARNER (13) for the third-most such games by a player in his first three career seasons in NFL history.

With at least three touchdown passes against Kansas City, Herbert will tie Mahomes (15 games) for the second-most such games by a player in his first three seasons ever. Only Pro Football Hall of Famer DAN MARINO (18) has more.

The players with the most games with at least three touchdown passes in their first three seasons in NFL history:

The players with the most games with at least 300 passing yards in their first three seasons in NFL history:

CATCHING RECORDS: Los Angeles Rams wide receiver COOPER KUPP followed up his record-breaking 2021 season with 13 catches for 128 yards and a touchdown on Kickoff Weekend. Going back to Week 13 of the 2020 season, Kupp has now recorded at least five receptions in 22 consecutive regular-season games.

The players with the most consecutive games with at least five receptions in NFL history:

Detroit wide receiver AMON-RA ST. BROWN ranked second among rookies with 90 receptions last season and, from Weeks 13-18, became the first rookie all-time with at least eight receptions in six consecutive games. On Kickoff Weekend, he picked up where he left off and had eight catches for 64 yards and a touchdown against Philadelphia.

The players with the most consecutive games with at least eight receptions in NFL history:

Each player has a chance to rank among the most receiving yards ever by a non-rookie in his first two games with a new team.

The non-rookies with the most receiving yards in their first two games with a new team in NFL history:

GEAUX-ING FOR YARDS: Last year, former LSU wide receivers JUSTIN JEFFERSON (1,616 receiving yards) and JA’MARR CHASE (1,455) ranked second and fourth, respectively, in receiving yards across the league. Chase recorded the most receiving yards by a rookie in the Super Bowl era, while Jefferson’s 3,016 career receiving yards were the most-ever by a player in his first two seasons.

The players with the most games with at least 100 receiving yards in their first three seasons in the Super Bowl era:

The players with the most games with at least 150 receiving yards in their first three seasons in the Super Bowl era:

Chase totaled 10 catches for 129 yards and a touchdown on Kickoff Weekend. In 18 career games, he now has 1,584 receiving yards and 14 touchdown receptions.

The players to reach 1,500 career receiving yards and 15 career touchdown receptions in the fewest games in the Super Bowl era:

Among those players with multiple sacks on Kickoff Weekend was Cleveland’s MYLES GARRETT, who now has 60.5 sacks in 69 career games. With a sack against the New York Jets on Sunday (1:00 PM ET, CBS), Garrett will surpass Pro Football Hall of Famer DERRICK THOMAS (61 sacks) and J.J. WATT (61) for the third-most sacks by a player in his first 70 NFL games since 1982, when the individual sack became an official statistic.

With two sacks, Garrett will surpass T.J. WATT (62) for the second-most sacks in his first 70 NFL games. Only Pro Football Hall of Famer REGGIE WHITE (79) has more.

The players with the most sacks in their first 70 NFL games since 1982:

With a sack against Indianapolis on Sunday (1:00 PM ET, CBS), Walker will join Garrett as the only No. 1 overall picks to record a sack in each of their first two career games.