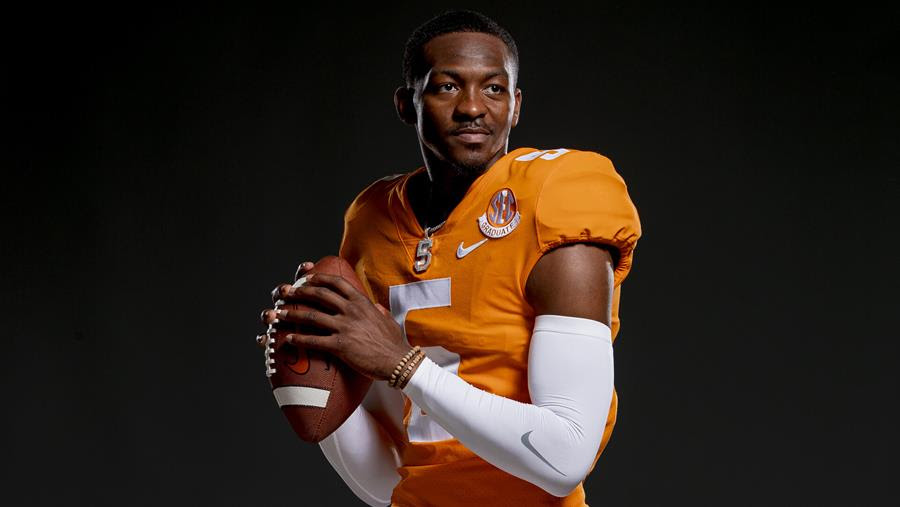 On top of a national television broadcast on CBS, ESPN’s College GameDay will also be on campus airing live from Ayres Hall starting at 9 a.m. ET to preview Saturday’s battle between the Vols and 20th-ranked Gators. Saturday will be the 10th time that the popular pregame show will be on site in Knoxville.

Saturday’s contest will feature a national television broadcast on CBS with Brad Nessler (PxP), Gary Danielson (analyst) and Jenny Dell (sideline) on the call. Kickoff is slated for 3:39 p.m. ET.

Fans can listen to Tennessee’s official radio broadcast on the Vol Network (Local: WIVK-FM 107.7/WNML-FM 99.1) over 64 stations across the state of Tennessee and the southeast, UTsports.com, the Tennessee Athletics App, SiriusXM (Sirius Ch. 106, XM Ch. 192, Internet Ch. 963) and the Varsity App. A live audio stream of the broadcast will also be available on UTSports.com​ and the Official Gameday App.

For the most up-to-date information on Tennessee’s 2022 gameday policies, please visit the Tennessee Football Gameday Information page on UTSports.com. Some important information is also listed below.

Starting this fall, tickets and parking passes to all Tennessee Athletics events, including football, will be digital and can be accessed through a mobile device to improve security and reduce the risk of ticket fraud as well as make the process more convenient for fans.

Fans will gain admission into Neyland Stadium via a unique QR code which will be scanned directly from a mobile device. For quick and easy entry into Tennessee Athletics venues, fans are encouraged to download the Tennessee Athletics app from the App Store (iPhone) and Google Play (Android).

Your mobile device is the ticket on gameday. All valid digital tickets will display a moving barcode or a hold near reader (tap-and-go) icon. PLEASE NOTE: SCREENSHOTS OF TICKETS WILL NOT SCAN AT THE GATE AND WILL NOT ALLOW ENTRY!

Printed PDF tickets will no longer be issued or accepted for entry at any Tennessee Athletics venue.

A complete step-by-step guide on how to best access and use your digital tickets and parking passes, including diagrams and FAQ is available here.

Neyland Stadium Fan Experience Enhancements
Fans can enjoy several enhancements to the gameday experience at Neyland Stadium, Shields-Watkins Field this fall, including new state-of-the-art videoboards above both end zones and the North End Zone Social Deck, among others.

For more information on all of the new stadium and gameday fan experience enhancements, click HERE.

Fireworks, Neyland Lights: The spectacular fireworks show that debuted last season during pregame and following UT touchdowns and victories returns in 2022. The dramatic LED light show is also back to accentuate in-game festivities.

Toyota Volunteer Village: Toyota Volunteer Village, located across from Circle Park, serves as the ideal spot to view the Vol Walk and the Pride of Southland Band march. Admission is free to all fans with or without a game ticket. Vol Village opens at noon ET on Saturday and will remain open throughout the duration of the game as UT hosts a watch party outside the stadium. A large videoboard will be in place for fans to watch the game. Limited food and drink options, as well as restrooms (including restrooms in the Student Union), will be available for fans outside the stadium.

Vol Village will highlight a new artist or band each home game with a pregame concert series, providing Vol fans with the ultimate pregame atmosphere. Fairview Union will be the featured band for this Saturday’s game.

New this season will be a video wall for fans to check out other games around college football. A new food court, along with appearances by Smokey and the Spirit Squad are also new to Vol Village this season. Fans will have the chance to ride a mechanical bull during Saturday’s festivities, as well.

Truly’s Tailgate: Located outside Gate 9, fans can stop by for food and drinks at Truly’s Tailgate. Fans may enter Truly’s prior to gates opening without having a ticket scanned. When gates open, fans will need to scan their ticket to enter Truly’s. New food options this season include Texas Roadhouse and Big Orange Bites.

Truly’s will open at 11:30 a.m. on Saturday and remain open for the majority of the game, giving fans in the south concourse a variety of food, drinks, television entertainment and additional restroom options. Truly’s will close at the end of the third quarter.

#CheckerNeyland
Saturday’s game will mark the sixth iteration of #CheckerNeyland, which showcases Tennessee’s iconic checkerboard pattern throughout the stadium. The contest also marks the second consecutive sellout at Neyland Stadium, a first since the 2016 season when the stadium was sold out for games against Florida (Sept. 24, 2016) and Alabama (Oct. 15, 2016).

To find out if your seat section is orange or white, go to CheckerNeyland.com and enter your section/row/seat number as it appears on your digital ticket. Fans in the North End Zone Party Deck are encouraged to wear white.

Offense Flying High
A year after setting a school record for points in a season and becoming the FBS’ most improved offense (No. 7, 39.3 ppg), Tennessee’s offense is still thriving. The Vols are averaging 52.0 points per game, which is No. 1 in the SEC and No. 4 in the FBS. UT has put up at least 30 points in six straight games, a first since they did it in seven straight games from 2016-17. The Big Orange average 553.7 yards per game of total offense this season, a mark that ranks No. 1 in the SEC and No. 3 in the FBS. Tennessee’s passing offense ranks No. 5 in the FBS and No. 2 in the SEC with 371.3 yards per game through the air.

Vols Starting Fast
With a sold-out, raucous crowd on hand, Tennessee will be looking for another one of its patented fast starts on Saturday. The Vols have outscored their opponents by an amazing 228-61 margin in the first quarter since Josh Heupel took over as head coach, including 190-51 in 2021 and 38-10 this season. UT has scored at least one touchdown in the first quarter in every game under Heupel (16 games).

We Play Defense Too
While Tennessee’s high-powered offense gets most of the headlines, the defense has continued to improve under coordinator Tim Banks. The Vols are allowing just 14.3 points per game, have forced multiple turnovers in three of their first four games and are ranked third in the league in third-down conversion stops (11-of-46, 23.9%) this season. After ranking second in the SEC in tackles for loss last season with 102, the Big Orange have picked up where they left off with 22 TFLs through three games this year, good for third in the league. UT is also third in the SEC in sacks with eight.

Florida leads series, 31-20
Tennessee will be looking to end a five-game skid to Florida. The Vols’ last win in the series came in 2016 when they scored 38 unanswered points to rally from a 21-3 halftime deficit and take down the Gators, 38-28, in Knoxville.

The Gators, led by first-year head coach Billy Napier, enter Saturday’s game with a 2-1 record after escaping with a 31-28 victory over South Florida last Saturday. Florida opened the year with an impressive victory over No. 7 Utah before falling to Kentucky, 26-16, in its SEC opener a week later. Saturday’s contest will be UF’s first road game of the season after opening the year with three straight at home.

Dual-threat quarterback Anthony Richardson leads the Gators’ attack, combining for 557 yards of total offense and three touchdowns (all rushing) entering the game. Arizona State transfer wideout Ricky Pearsall leads the team with 120 receiving yards while Xavier Henderson leads the team with 15 receptions. On the ground, the duo of Montrell Johnson Jr. and Trevor Etienne have carried the bulk of the load, combining for 406 rushing yards and four touchdowns.

Defensively, senior Trey Dean III leads UF in tackles (30) and tackles for loss (2.5) from the safety position. The Gators’ secondary has been opportunistic with four interceptions already this season. Four different players have recorded a pick for Florida, including Jalen Kimber, who had a 39-yard pick six last Saturday against USF.