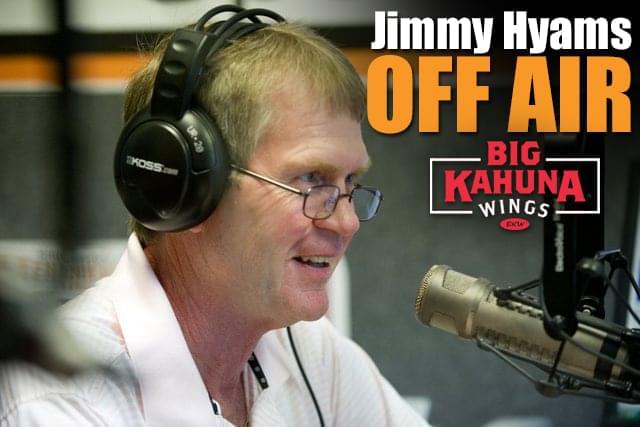 Hendon Hooker juked his way past a couple of Florida defenders, headed down the sideline and didn’t stop until he had rambled 44 yards.

“I told him on the field after he busted that long run, you’re special,’’ Small said. “I’m in awe.’’

In a game in which Tennessee’s defense got torched for almost 600 yards, Hooker turned in a brilliant performance to help the Vols win a 38-33 thriller, UT’s second win in 18 tries against the hated Gators before a soldout and checkered Neyland Stadium.

Hooker completed 22 of 28 passes for 349 yards and two touchdowns. He ran for 112 yards and another score in what might have been the greatest performance ever by a UT quarterback against Florida.

“It’s an honor to play with him,’’ said Small, who rushed for 90 and a touchdown on 19 carries after suffering a shoulder injury two plays into last week’s Akron game.

“Hendon played his butt off tonight,’’ said UT coach Josh Heupel. “He played at an elite level. He’s a tough competitor. The offense fed off his performance.’’

Hooker entered the injury tent a couple of times, but that didn’t stop him.

“He’s fierce,’’ Heupel said. “He was relentless in the way he competed. He played like a warrior.’’

That might seem like a longshot but if Hooker continues to put up gaudy numbers and the 11th-ranked Vols continue to win, he could join the conversation.

Tennessee’s victory set off a wild celebration in Neyland Stadium. Players hugged each other on the field then hugged fans in the stands. Fireworks were shot. The band played Rocky Top. The crowd swayed back and forth and didn’t want to leave the stadium.

“Everything inside Neyland was electric,’’ said a joyous Heupel, who scored the biggest win of his 17-game Tennessee tenure.

“This is one of the great stories in all of college football.’’

The story almost didn’t end well – as has happened so often when Tennessee tackles Florida.

Tennessee has fallen to Florida in the recent past on a 63-yard touchdown pass, another 63-yard scoring pass and a fourth-quarter rally led by a backup named Tyler Murphy, who later transferred.

Tennessee almost blew this one as well.

The Vols took what appeared to be a commanding 38-21 lead with 7:55 to play on Jaylen Wright’s 5-yard touchdown run.

UT recovered the ensuing onside kick, but the Vols couldn’t run out the clock, failing on a fourth-and-3 pass at the Florida 31, rather than attempt a 48-yard field goal that would have upped the lead to 14.

The Gators then got the onside kick with 16 seconds left. Florida moved to the UT 39 before Anthony Richardson, who passed for a career-high 453 yards, was hit by Byron Young as he threw. The pass fluttered into the hands of cornerback Kamal Hadden at about the 5-yard line to finally seal the deal.

It was finally time for the Vol Nation to exhale.

“I’ve never seen a scene like that,’’ Heupel said of the post-game celebration.

“To get that win was amazing,’’ Small said. “It’s a very big win for our program. To beat Florida, our rival, I’m still trying to soak it in.’’

“This is a big weight off our shoulders,’’ said receiver Bru McCoy, who responded with five catches for 102 yards and a touchdown in the absence of the injured Cedric Tillman (ankle).

Said Hooker: “To celebrate with the fans, it’s a wonderful feeling. We’re doing it for them. We appreciate their love and support.’’

Hooker said UT didn’t get caught up in the pregame hoopla with ESPN’s GameDay coming to town and all the attention brought on by the matchup of top 25 teams.

“It’s not about the glitz and the glamour,’’ Hooker said.

First, late in the first half, UT was content to run out the clock, facing third-and-9 from its 12- yard line. Instead, Florida, ahead 14-10, called timeout with 1:33 left in the second quarter.

Why not wait to see what UT does on third down before expending a timeout? Instead, UT completed a 10-yard pass, then Hooker hit Ramel Keyton for 43 yards. Seven plays later, the Vols scored a touchdown to take a 17-14 halftime lead.

Tennessee then took the second-half kickoff and scored another touchdown to take a 24-14 lead.

Florida kept fighting back, but the Vols made the play at the end to get the win.

Hooker said ending Florida’s streak against UT is nice, but not the final chapter.

“We still have the same mission,’’ he said, “and that’s getting to Atlanta.’’

Meanwhile, Small gained giant-sized bragging rights against his uncle, O.J. Small, who was an All-SEC receiver at Florida who attended the game wearing a Gator shirt.

“He’s waiting for me outside,’’ said Small, who couldn’t wait to say uncle to his uncle.