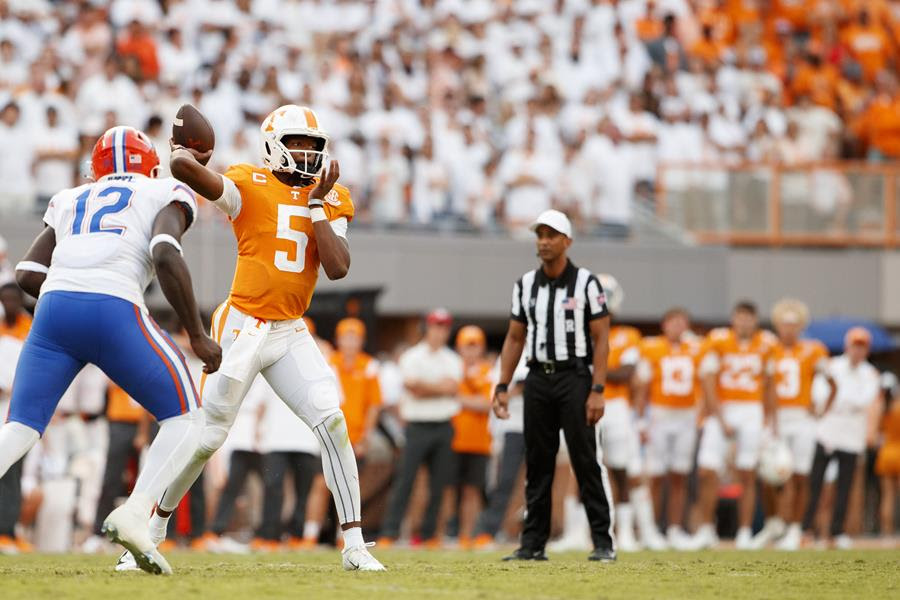 KNOXVILLE, Tenn. – The weekly awards continue to roll in for Tennessee redshirt-senior quarterback Hendon Hooker as he was named the Maxwell Award Player of the Week by the Maxwell Football Club, earned Manning Award Star of the Week acclaim and was tabbed to the Davey O’Brien Great 8 list.

The recognition from the Davey O’Brien Foundation marks the second time this season Hooker has received Great 8 honors after making the charts following a road victory at Pittsburgh. The Greensboro, North Carolina, native also has previous history with the Manning Award Star of the Week, winning it twice last season after standout performances in road wins at Missouri and Kentucky, respectively.

For the season, Hooker has earned nine weekly honors to date. He has tallied 1,193 passing yards on 81-of-113 (71.7 percent) passing, has tossed eight touchdowns and ran for three more, gaining 175 yards on the ground on 35 carries for an average of 5.0 yards per attempt.

The Vols have an open date this weekend and return to action Saturday, Oct. 8 with a trip to Baton Rouge, Louisiana to take on the LSU Tigers. Kickoff time is scheduled for noon ET, 11 a.m. local on ESPN.