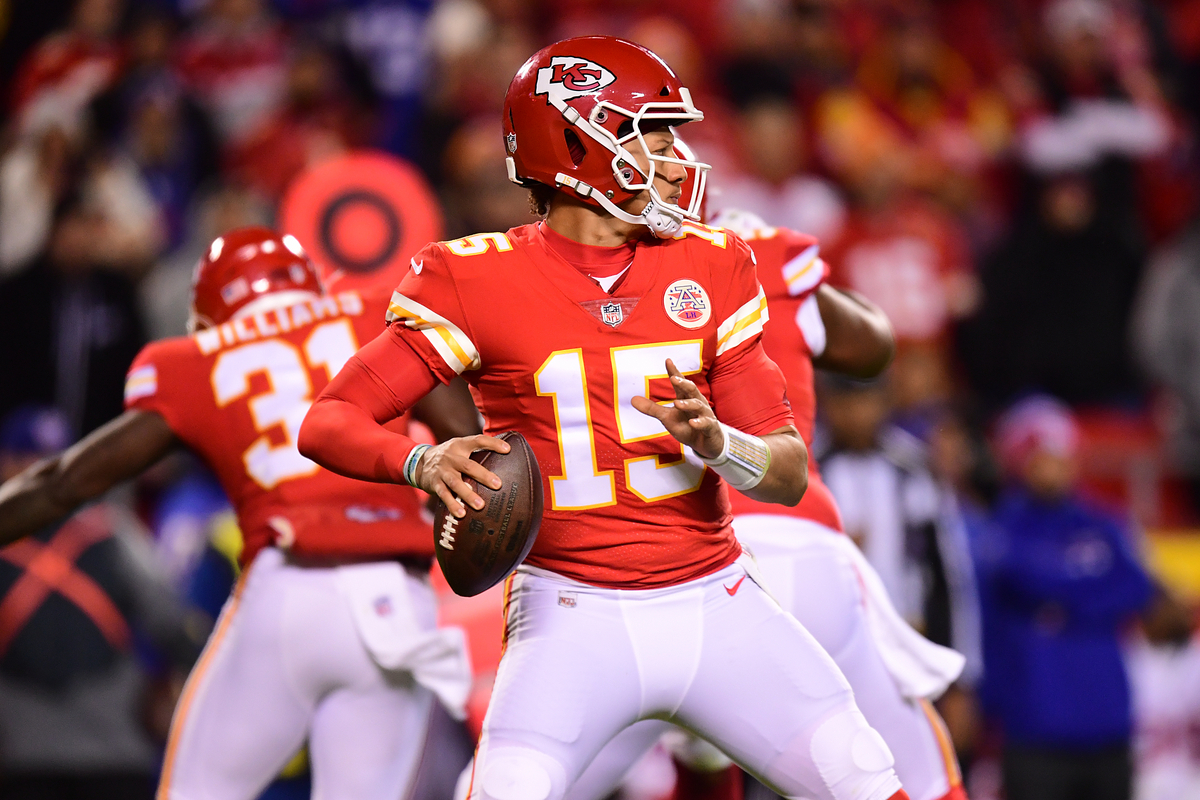 Below is the game schedule with my Week 4 NFL game predictions. Winners straight-up are in bold. The line is my pick against the spread.

(All times Eastern) Bold = Outright Winner ( ) = Pick With The Points

The NFL’s unpredictability is part of what makes it so exciting. And as the league enters Week 4, this much is certain: Much more thrilling uncertainty lies ahead.

What else could happen? Stay tuned because the NFL is as unpredictable as the bounce of an oblong football.

The Starting 11 entering Week 4…1.     ALLEN, JACKSON AMONG SUNDAY’S HEADLINERS: LAMAR JACKSON leads the league with 10 touchdown passes and JOSH ALLEN ranks second with nine. They meet Sunday when BUFFALO (2-1) visits BALTIMORE (2-1) at M&T Bank Stadium (1:00 PM ET, CBS). … Those individuals also are the only two players in the NFL’s 103-year history to reach both nine touchdown passes and 100 rushing yards over the first three games of a season. Allen (No. 7 overall) and Jackson (No. 32) were each selected in the first round of the 2018 NFL Draft and they’re two of just four quarterbacks in NFL history to record at least 20 rushing touchdowns and 90-or-more touchdown passes over their first 61 NFL games, joining DAUNTE CULPEPPER and DAK PRESCOTT. … This season, the Ravens lead the NFL with 33.0 points per game while the Bills’ defense has allowed the league’s fewest yards per game, 214.0.

6.     STREAK SPEAK: Two young quarterbacks enter Week 4 looking to extend impressive streaks. First, on Thursday Night Football against the Dolphins (8:15 PM ET, Prime Video), JOE BURROW bids for his sixth in a row at home with at least 300 passing yards and two-or-more touchdown passes. Only DREW BREES (three times) and Pro Football Hall of Famers PEYTON MANNING and KURT WARNER have done that. … JUSTIN HERBERT is aiming for his seventh straight road game with at least 300 passing yards. On Sunday at Houston (1:00 PM ET, CBS), Herbert can join RICH GANNON as the only players ever with such a road streak.

7.     DID YOU KNOW?: Including the postseason, Kansas City’s PATRICK MAHOMES has engineered at least one touchdown drive in 75 of 77 career starts. The only two starts in which his opponent’s defense kept the Chiefs out of the end zone were Oct. 24, 2021, at Tennessee, and Super Bowl LV against Tampa Bay.

10.  THIS WEEK IN NFL HISTORY: Sept. 30, 2007 (15 years ago) – The Giants match a single-game league record with 12 sacks, the most by an NFL team since 1985, en route to a 16-3 win over the Eagles. OSI UMENYIORA records six of New York’s sacks and forces two fumbles as the Giants take an important step toward an eventual Super Bowl victory over undefeated New England in Arizona.

11.  AND LAST BUT NOT LEAST: The LOS ANGELES RAMS (2-1) visit the SAN FRANCISCO 49ERS (1-2) on Monday Night Football (8:15 PM ET, ESPN). The teams have combined to represent the NFC in three of the last four Super Bowls. Late last season, the teams split a pair of significant games, the 49ers winning an overtime season finale at SoFi Stadium, 27-24, to clinch a playoff berth, and the Rams winning the NFC Championship Game, 20-17, to clinch a Super Bowl berth. … The Week 4 NFL slate features two other rematches from recent postseasons: A Super Bowl LV rematch, KANSAS CITY (2-1) vs. TAMPA BAY (2-1) on Sunday Night Football (8:20 PM ET, NBC), and MINNESOTA (2-1) vs. NEW ORLEANS (1-2) in London, rekindling memories of the Minneapolis Miracle in the 2017 NFC Divisional playoffs.

The players with the most touchdown passes in their first six seasons in NFL history:

The tight ends with the most receiving yards in NFL history:

HOME AND ROAD: Since the beginning of the 2021 season, Cincinnati quarterback JOE BURROW leads all players with 3,319 passing yards at home.

Burrow enters Week 4 with at least 300 passing yards and two touchdown passes in each of his past four consecutive home games and against Miami (3-0) on Thursday Night Football (8:15 PM ET, Prime Video), can join Pro Football Hall of Famers PEYTON MANNING and KURT WARNER as well as DREW BREES (three times) as the only players to accomplish the feat in five consecutive home games.

The players with the most consecutive home games with at least 300 passing yards and two touchdown passes in NFL history:

The players with the most passing yards in their first 30 career games in NFL history:

Los Angeles Chargers quarterback JUSTIN HERBERT has recorded at least 300 passing yards in each of his past six road starts and when the Chargers (1-2) visit Houston (0-1-1) on Sunday (1:00 PM ET, CBS), he can join RICH GANNON (eight consecutive road games from 2001-02) as the only players ever to record at least 300 passing yards in seven-or-more consecutive road games.

The players with the most consecutive road games with at least 300 passing yards in NFL history:

GREEN STREAKS: The PHILADELPHIA EAGLES (3-0) are the last undefeated team remaining in the NFC and are one of two teams, along with Buffalo, to record at least 400 total yards of offense in each of their first three games.

On Sunday against Jacksonville (1:00 PM ET), the Eagles can become the seventh team since 1970 to begin a season 4-0 and record at least 400 total yards of offense in each game. Four of the six previous teams to accomplish the feat advanced to the Super Bowl that season.

The teams to win the most consecutive games and record at least 400 yards of offense in each win to begin a season since 1970:

The teams with the most consecutive home wins since 2000:

The players with the most touchdown passes, including the postseason, in NFL history:

Wilson, who faces Las Vegas on Sunday (4:25 PM ET, CBS) in his first start against a divisional opponent as a member of the Broncos, has 294 career touchdown passes and can surpass MATT RYAN (295 touchdown passes) for the third-most ever by a player in his first 11 career seasons.

The players with the most touchdown passes in their first 11 seasons in NFL history:

The undrafted players with the most touchdown receptions since 1967: