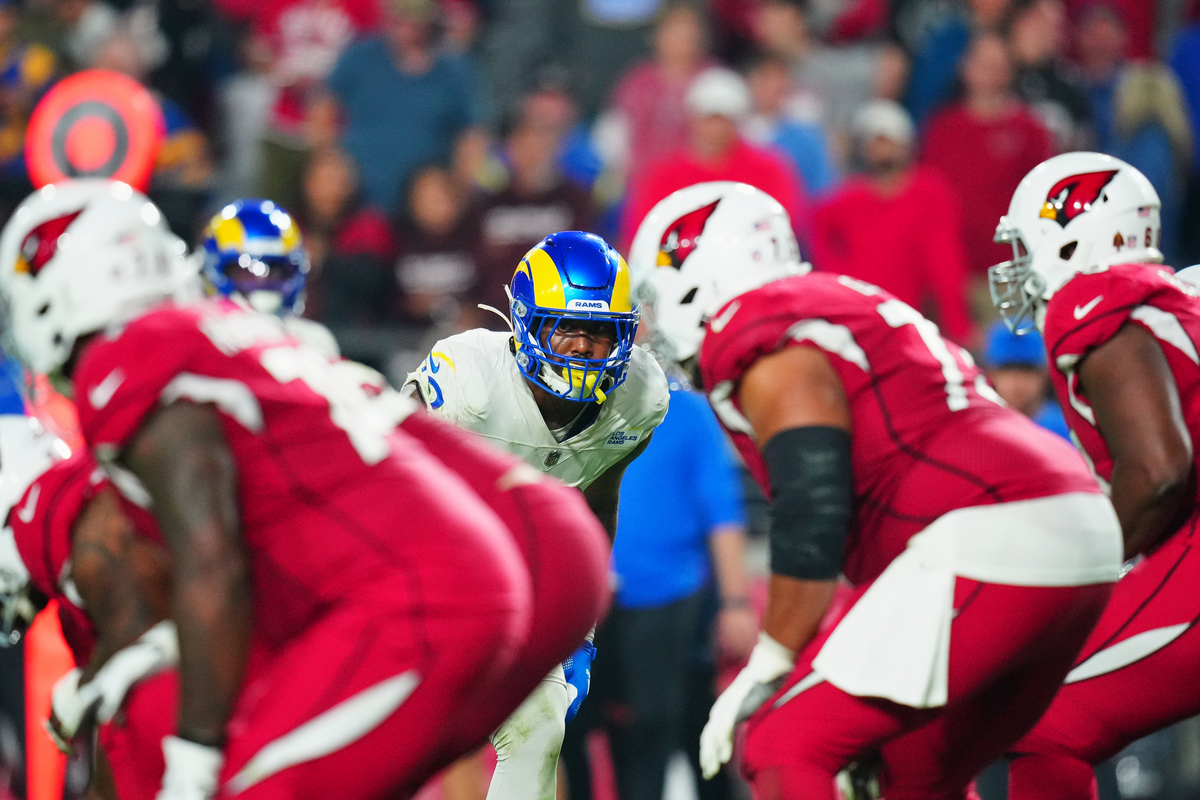 Below is the game schedule with my Week 5 NFL game predictions. Winners straight-up are in bold. The line is my pick against the spread.

They say competition makes you better. In the NFL, competition has taken the league’s excitement to an unprecedented level. As the league approaches the initial quarter pole of the 2022 season, consider this:

What could possibly be next?

1. SPEAKING OF CLOSE GAMES: Both the NEW YORK GIANTS (3-1) and GREEN BAY PACKERS (3-1) have played well in close games this season. The two clubs, which face off at London’s Tottenham Hotspur Stadium on Sunday (9:30 AM ET, NFL Network), are each 2-0 in games decided by three points or less. The Packers (23.8 percent) and the Giants (29.4) also lead the league in third-down defense.

2. NUMBER OF THE WEEK – 3: The number of 1-3 teams that rebounded to earn playoff berths a season ago (NEW ENGLAND, PHILADELPHIA and PITTSBURGH). Also in 2021, both KANSAS CITY and SAN FRANCISCO started 2-3, were last in their division standings after five weeks, and advanced to their respective conference championship games.

3. REGGIE WHITE WAS DOMINATING FOR THE EAGLES…in 1990, the last time every NFL team had at least one win or tie entering Week 5 (and the Minister of Defense was leading the league with six sacks). This week, PHILADELPHIA (4-0) is the NFL’s lone remaining undefeated team for the first time since 2004, when the Eagles started 7-0 en route to a berth in Super Bowl XXXIX.

5. SPOTLIGHT – TEAM MATCHUPS: PITTSBURGH (1-3) and BUFFALO (3-1) – who clash Sunday at Highmark Stadium (1:00 PM ET, CBS) – deploy two of the NFL’s most opportunistic defenses. They’re tied for the league lead with seven interceptions apiece. In that game, quarterback KENNY PICKETT, the No. 20 overall selection in the 2022 NFL Draft, is expected to make his first NFL start. Pickett hails from New Jersey’s Ocean Township High School, which also produced PHIL VILLAPIANO, a Pro Bowl linebacker who played for the Raiders and Bills.

7. DID YOU KNOW?: Including postseason, over his last six games, San Francisco safety TALANOA HUFANGA has scored two significant fourth-quarter touchdowns. In the 49ers’ 13-10 win at Green Bay during the Divisional playoffs, Hufanga returned a blocked punt 6 yards for a game-tying score with less than five minutes remaining. And in last week’s win, with the Rams driving in a one-score game, Hufanga returned an interception 52 yards for a touchdown with 6:27 left in the final stanza.

8. UNDER-THE-RADAR STORYLINE: This season marks the 75th anniversary of a major milestone in league annals. In 1947, VIOLET BIDWILL became the first female owner in NFL history, taking over the Cardinals until she passed away in 1962. The year she became the franchise’s top executive, Pro Football Hall of Famer CHARLEY TRIPPI returned a punt 75 yards for a touchdown and ran 44 yards for another to lead the Cardinals to victory in the 1947 NFL Championship, over the Eagles. This week, PHILADELPHIA (4-0) travels to play ARIZONA (2-2) on Sunday at State Farm Stadium (4:25 PM ET, FOX).

9. TREND TIME: The Bengals’ defense has allowed one touchdown over its last 31 opponent drives. The Ravens’ offense ranks third in the NFL with 29.8 points per game. CINCINNATI (2-2) travels to BALTIMORE (2-2) for an AFC North Showdown on Sunday Night Football (8:20 PM ET, NBC).

10. THIS WEEK IN NFL HISTORY: Oct. 7, 1962 (60 years ago) – A pair of future Pro Football Hall of Famers prove pivotal in helping the Packers steal a win from the Lions. HERB ADDERLEY’s late 40-yard interception return sets up PAUL HORNUNG’s game-winning field goal with 33 seconds remaining, vaulting Green Bay to a 9-7 win. In a battle of the league’s lone remaining undefeated and untied teams, Hornung finishes with 37 rushing yards, 10 receiving yards and three field goals. Less than three months later, the Packers would knock off the NEW YORK GIANTS at Yankee Stadium in the 1962 NFL Championship, 16-7.

11. AND LAST BUT NOT LEAST: Washington rookie JAHAN DOTSON, tied with STEFON DIGGS for the NFL lead with four receiving touchdowns, serves as a Crucial Catch ambassador for the NFL and the American Cancer Society. The Commanders selected the wide receiver with the No. 16 overall choice in the 2022 NFL Draft.

WINNING TEAMS IN LONDON: The GREEN BAY PACKERS (3-1) will become the 32nd team to play a regular-season international game when they face the NEW YORK GIANTS (3-1) at Tottenham Hotspur Stadium on Sunday (9:30 AM ET, NFL Network).

The Packers enter Week 5 with 785 regular-season wins in franchise history, tied with Chicago (785) for the most in NFL history, while the Giants rank third with 709. The Bears/Staleys franchise has had the most all-time regular season wins of any NFL team at the end of each of the league’s first 102 seasons.

This marks the sixth game at Tottenham Hotspur Stadium since 2019. Four of the previous five matchups have been decided by seven points or fewer, and three of the matchups have featured the game-winning score inside of the final two minutes of the fourth quarter.

The Packers and Giants’ combined winning percentage of .750 (6-2) is the highest by two teams entering an international game in Week 4 or later all-time.

The highest combined winning percentage entering an international game in Week 4 or later in NFL history:

The players with the most games with at least 300 passing yards in their first six seasons in NFL history:

The players with the most games with at least 300 passing yards in their first three seasons in NFL history:

Mahomes was awarded AFC Offensive Player of the Week in Week 4 after recording 249 passing yards and three touchdown passes in Kansas City’s win. It marked his 49th-career game with multiple touchdown passes.

With two touchdown passes on Monday, Mahomes would tie Pro Football Hall of Famer PEYTON MANNING (50 games) for the second-most games with multiple touchdown passes by a player in his first six seasons in NFL history.  Only Marino (58 games) has more.

The players with the most games with at least two touchdown passes in their first six seasons in NFL history:

The players with the most games with at least two touchdown passes in their first three seasons in NFL history:

The players with the most combined passing and rushing touchdowns in their first five seasons in NFL history:

DUAL THREATS IN THE DESERT: Since the beginning of the 2020 season, KYLER MURRAY leads all quarterbacks with 18 rushing touchdowns, while JALEN HURTS ranks tied for second with 17. The two are set to meet when the league’s last remaining undefeated team, PHILADELPHIA (4-0), travels to ARIZONA (2-2) on Sunday (4:25 PM ET, FOX).

The players with the most games with at least two touchdown passes and one rushing touchdown in their first four seasons in NFL history:

The quarterbacks with the most rushing touchdowns in their first 25 starts in NFL history:

The players with the most receptions in their team’s first five games of a season in NFL history:

Kupp, who registered a career-high 14 receptions in Week 4, has recorded at least 10 receptions in three of his first four games this season and has 11 career games with 10-or-more receptions since entering the NFL in 2017.

With 10 receptions on Sunday, he can become the first player in NFL history with at least 10 receptions in four of his first five games of a season. He can also tie ANQUAN BOLDIN (12 games), JULIO JONES (12) and BRANDON MARSHALL (12) for the second-most such games by a player in his first six seasons all-time.

The players with the most games with at least 10 receptions in their first six seasons in NFL history:

DOMINANT DAVANTE: Las Vegas wide receiver DAVANTE ADAMS ranks third among AFC wide receivers with 26 receptions this season and is one of five players in the league with a touchdown catch in three of his first four games in 2022. Since entering the NFL in 2014, he has 695 receptions for 8,411 yards and 76 touchdowns.

The players with at least 700 receptions and 75 touchdown catches in their first nine seasons in NFL history: