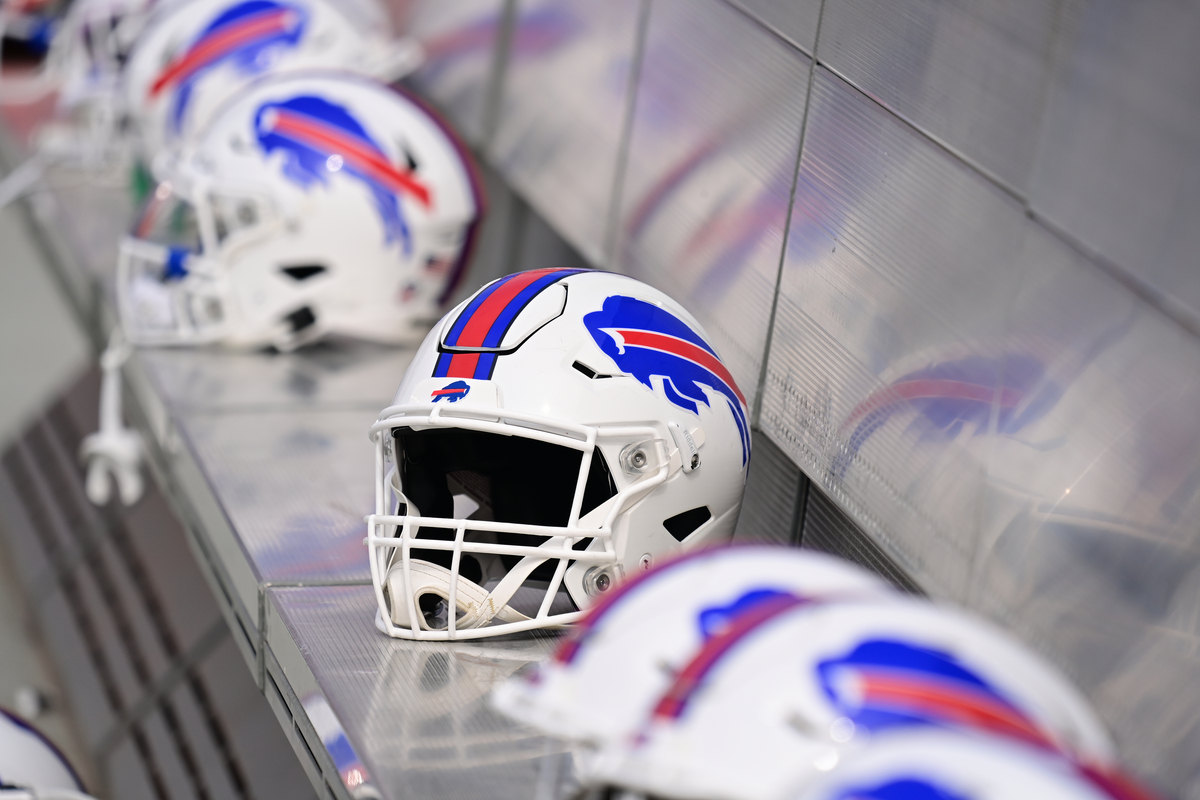 Below is the game schedule with my Week 6 NFL game predictions. Winners straight-up are in bold. The line is my pick against the spread.

Something has to give.

The Week 6 schedule features two games involving teams with four-or-more wins, and all four clubs in those games are fresh off impressive victories.

Also in focus on the Week 6 docket: One of the game’s most hallowed records, familiar faces in former places and surprise teams making significant strides. So butter that popcorn and tune in for a weekend with storylines aplenty.

The Starting 11 entering Week 6…1.     PAPA BEAR IN RANGE: The Patriots’ BILL BELICHICK, who served as the Browns’ head coach from 1991-95, has 323 combined regular-season and postseason wins. This week, he has an opportunity to tie Pro Football Hall of Famer GEORGE HALAS (324) for second on the league’s all-time wins list when NEW ENGLAND (2-3) travels to play CLEVELAND (2-3) on Sunday (1:00 PM ET, CBS). In his 28th year as an NFL head coach, Belichick enters this week with a career 323-159 record (.670), including the postseason. Pro Football Hall of Famer DON SHULA (347) holds the all-time career wins record.

2.     REUNION WEEKEND: JOE BURROW and JA’MARR CHASE return to Louisiana with the CINCINNATI BENGALS (2-3), who have a date with the NEW ORLEANS SAINTS (2-3) on Sunday (1:00 PM ET, CBS). The last time Burrow and Chase played at the Saints’ home stadium, Jan. 13, 2020, they led LSU to a College Football Playoff national title in a 42-25 win over Clemson. Burrow passed for 463 yards and five touchdowns, two to Chase, who registered nine receptions for 221 yards. … Chase went to high school 10 minutes from the Saints’ headquarters in Metairie, La., and also played in the dome as a sophomore in high school, when his Archbishop Rummel Raiders lost to CLYDE EDWARDS-HELAIRE and the Catholic Bears from Baton Rouge in their classification’s 2015 state title game. … In addition to Belichick’s return to Cleveland and the Burrow-Chase game in New Orleans, Week 6 features three other notable returns.

5.     SPOTLIGHT – TEAM MATCHUP: Strap in for BALTIMORE (3-2) at the NEW YORK GIANTS (4-1) on Sunday (1:00 PM ET, CBS), an interconference showdown featuring two of the most electrifying players from the first round of the 2018 NFL Draft. The Giants, off to their best start since opening 5-0 in 2009, have the league leader in scrimmage yards, SAQUON BARKLEY (676). The Ravens have the league leader in yards per rushing attempt, LAMAR JACKSON (7.6). … The Ravens are 2-0 in road games this year, and 19-7 (.731) overall in road games started by Jackson. The Giants are 4-1 in close games this season (each of New York’s five games this season have been decided by eight points or less).

6.     STREAK SPEAK: The NEW YORK JETS (3-2) put their unblemished road record on the line at GREEN BAY (3-2) on Sunday (1:00 PM ET, FOX). The Jets, who have 13- and 10-point comeback wins in the fourth quarters of their first two road games, aim to win each of their first three road games for the first time since 2010, their last playoff campaign. That year, the Jets won their first five road contests en route to the AFC Championship Game.

7.     DID YOU KNOW?: Seattle quarterback GENO SMITH leads the NFL in both passer rating (113.2) and completion percentage (75.2). Smith’s completion percentage is the fourth-best mark all-time for a player through his team’s first five games of a season (minimum 100 attempts). Only DREW BREES in 2018 (77.9 percent), ALEX SMITH in 2017 (76.6) and Pro Football Hall of Famer PEYTON MANNING in 2013 (75.8) had higher completion percentages. Earlier this month, the Seahawks’ signal-caller won his second career Offensive Player of the Week award, nine years after his first (in Week 5 of the 2013 season). Smith and SEATTLE (2-3) host ARIZONA (2-3) on Sunday at Lumen Field (4:05 PM ET, FOX).

8.     UNDER-THE-RADAR STORYLINE: Five years ago this season, both KENNY PICKETT and TOM BRADY secured significant victories on the same field in Pittsburgh. As a true freshman, Pickett made his first collegiate start in Pitt’s season finale and led the Panthers to a 24-14 victory over the No. 2-ranked Miami Hurricanes. Three weeks later, on the path to a berth in Super Bowl LII, Brady guided New England to 11 points in the final four minutes, including a two-point conversion to ROB GRONKOWSKI, to give the Patriots a 27-24 win over the Steelers and clinch the AFC East. The two quarterbacks return to Acrisure Stadium when TAMPA BAY (3-2) meets PITTSBURGH (1-4) on Sunday (1:00 PM ET, FOX).

10.  THIS MONTH IN NFL HISTORY: Oct. 5, 1992 (30 years ago) – The last time DALLAS and PHILADELPHIA met within the first six weeks of a season with each team having at least three wins. On that day, the Eagles’ defense records four sacks and three interceptions in a 31-7 win as Philadelphia improves to 4-0. After the loss, Dallas rebounds to win 13 of its next 15 games to secure a Super Bowl XXVII title.

11.  AND LAST BUT NOT LEAST: The NFC East boasts three teams at 4-1 or better. PHILADELPHIA (5-0) has the NFL’s only undefeated record, including a 3-0 mark on the road. DALLAS (4-1) has won four straight, including victories over each of the 2021 Super Bowl teams. And the NEW YORK GIANTS (4-1) own road wins over each of the No. 1 seeds in the 2021 playoffs, Tennessee and Green Bay.

OFFENSIVE FIREPOWER IN KC: The KANSAS CITY CHIEFS (4-1) are set to host the BUFFALO BILLS (4-1) in a rematch of last season’s memorable Divisional playoff meeting. The teams enter Sunday’s matchup (4:25 PM ET, CBS) as the top-two scoring offenses in the league, with Kansas City averaging 31.8 points per game and Buffalo averaging 30.4. The Bills also enter Week 6 tied for the top-scoring defense in the league (12.2 points allowed per game).

Sunday’s meeting will mark the first game since 2019 (Baltimore vs. San Francisco in Week 13) featuring the league’s top-two scoring offense in Week 6 or later.

The tight ends with the most games with multiple touchdown receptions in the Super Bowl era:

The players with the most touchdown receptions in their team’s first six games of a season in the Super Bowl era:

FEATHERED AND LETHAL: The PHILADELPHIA EAGLES (5-0) are the NFL’s last remaining undefeated team and have finished with a positive turnover differential in each of their five wins this season.

On Sunday Night Football (8:20 PM ET, NBC) against Dallas, the Eagles can become the fourth team in the Super Bowl era to begin a season with a 6-0 record and have a positive turnover differential in each victory.

The teams to win each of their first six games of a season and have a positive turnover differential in each win in the Super Bowl era:

The quarterbacks with the most rushing touchdowns in their team’s first six games of a season in the Super Bowl era:

PRIMETIME PARSONS: Dallas second-year linebacker MICAH PARSONS recorded two sacks in Week 5 and has recorded multiple sacks in three of his first five games this season. With two sacks at Philadelphia on Sunday Night Football (8:20 PM ET, NBC), Parsons can join ELVIS DUMERVIL (2009) and Pro Football Hall of Famer KEVIN GREENE (1998) as the only players to record at least two sacks in four of their team’s first six games of a season since 1982, when the individual sack became an official statistic.

Parsons has six career games with at least two sacks, tied with NICK BOSA and T.J. WATT for the most such games since the beginning of the 2021 season. With his next game of two-or-more sacks, he can tie JASON PIERRE-PAUL (seven) and J.J. WATT (seven) for the fourth-most such games by a player in his first two NFL seasons since 1982, when the individual sack became an official statistic.

The players with the most games with at least two sacks in their first two NFL seasons since 1982:

Since entering the NFL in 2018, Chubb ranks second among all players with 43 rushing touchdowns. With a rushing touchdown against New England on Sunday (1:00 PM ET, CBS), Chubb will become the fifth player ever to record at least eight rushing touchdowns in each of his first five seasons, joining Pro Football Hall of Famers JIM BROWN, EMMITT SMITH and LADAINIAN TOMLINSON, as well as ADRIAN PETERSON.

The players with at least eight rushing touchdowns in the most consecutive seasons to begin their careers in NFL history:

If they accomplish the feat again on Sunday, Cleveland can join the 1971 Oakland Raiders as the only teams in the Super Bowl era to record at least 150 rushing yards and a rushing touchdown in each of their first six games of a season.

The players with the most games with at least 50 rushing yards and 50 receiving yards in NFL history:

GETTING GRIDDY: Minnesota wide receiver JUSTIN JEFFERSON leads the league with 547 receiving yards this season and ranks second with 40 receptions. He recorded 12 receptions for 154 yards in Week 5 after totaling 10 catches for 147 yards in Week 4.

The players with at least 10 receptions and 125 receiving yards in three consecutive games in NFL history:

New York Jets rookie running back BREECE HALL, the No. 36 overall pick in the 2022 NFL Draft, leads all rookies with 488 scrimmage yards (275 rushing, 213 receiving) this season. Last week, he set a Jets rookie record with 197 scrimmage yards (100 receiving, 97 rushing) and a rushing touchdown in the team’s win.

Jets rookie cornerback SAUCE GARDNER, the No. 4 overall pick in the 2022 NFL Draft, is one of three players in the league with a pass defensed in each of the first five weeks of the season.

Seattle rookie cornerback TARIQ WOOLEN, a fifth-round selection in the 2022 NFL Draft, leads all rookies with three interceptions this season and has recorded an interception in each of the last three games.