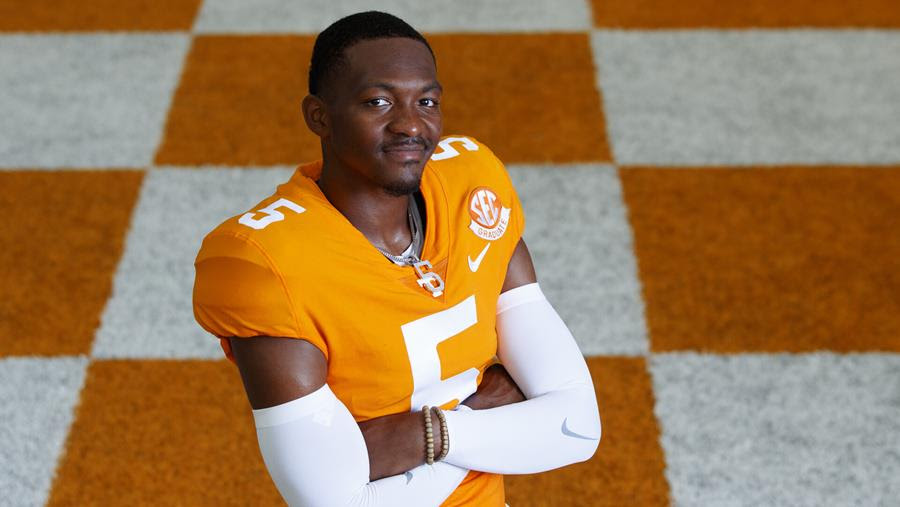 DALLAS – Tennessee quarterback Hendon Hooker was named one of 20 semifinalists for the sixth annual Jason Witten Collegiate Man of the Year on Wednesday.

The Vols’ redshirt senior signal caller seeks to become the second UT player to win the award after offensive lineman Trey Smith took home the prestigious honor back in 2019.

All semifinalists have demonstrated a record of leadership by exhibiting exceptional courage, integrity and sportsmanship. The award, presented by Albertsons and Tom Thumb, is the first college football honor to focus primarily on a player’s leadership, both on and off the field.

Leadership is a term synonymous with VFL Jason Witten, who, in addition to becoming one of the best tight ends in the history of the sport, served as one of football’s most prominent role models during his 16-year pro career. In addition to winning the Walter Payton NFL Man of the Year Award in 2012, Witten also received the Bart Starr Award, Pro Football Weekly’s Humanitarian of the Year Award, Home Depot NFL Neighborhood MVP and the Bob Lilly Award, among many others. All of those honors have recognized his work in the community, achievements on the field and dedication to his teammates and family.

Hooker has become the unquestioned leader of a Tennessee program that has emerged as one of the nation’s best this season. The Greensboro, North Carolina, native is a team captain who has the Vols in contention for their first-ever College Football Playoff berth and is among the national leaders in numerous offensive categories, including passing efficiency, completion percentage, yards per attempt and total offense.

On top of his superb play on the field, Hooker has been a role model to many young athletes and has used his platform to spread his faith, co-authoring a children’s book with his brother Alston titled, “The ABCs of Scripture for Athletes”. Hooker is on track to earn his master’s degree in agricultural leadership after securing his bachelor’s degree in public relations from Virginia Tech prior to coming to Tennessee.

Three finalists will be named for the award on Wednesday, Dec. 14 and the winner will be announced at an award ceremony in Frisco, Texas on Feb. 23, 2023.

The winner of the Jason Witten Collegiate Man of the Year will also receive a $10,000 contribution in his name to his school’s athletic scholarship fund. The contribution will be made by Jason Witten’s SCORE Foundation, the official charity of Jason and his wife Michelle. The SCORE Foundation, founded in 2007, has positively impacted tens of thousands of children and families in Texas and Tennessee over the last 15 years. The foundation operates its nationally-recognized SCOREkeepers program, which places trained male mentors on staff to work with children at family violence shelters, at nine shelters in the two states.

To see the complete list of semifinalists and learn more about the Jason Witten Man of the Year award, click HERE.