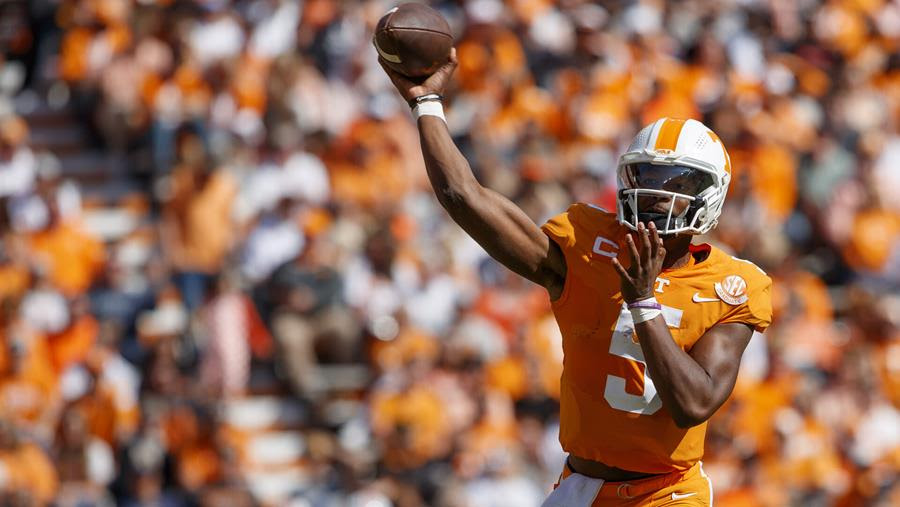 FORT WORTH, Texas – Tennessee’s Hendon Hooker has been tabbed as a semifinalist for the Davey O’Brien Award, joining a group of 20 other top quarterbacks around the country still in contention for the prestigious honor.

This marks the second straight year that Hooker has made the list of semifinalists for the award. The redshirt senior has elevated his game and the UT program to new heights this season in his final year of eligibility.

Through week 11 of the season, Hooker leads the FBS in yards per attempt (10.1) and ranks second nationally in passing efficiency rating (181.81) and completion percentage (71.1) while leading the Vols to a 9-1 record and No. 5 national ranking. He has accounted for 29 total touchdowns (24 passing, five rushing) and an SEC-best 3,293 yards of total offense.

The Greensboro, North Carolina, native has racked up 19 weekly honors this season and has already been named a finalist for the Unitas Golden Arm Award as well as a semifinalist for the Maxwell Award.

In his most recent outing, Hooker threw three touchdown passes in a 66-24 victory over Missouri on Senior Day to surpass Joshua Dobbs for fifth place on Tennessee’s career passing touchdowns list with 55. The veteran signal caller also ranks sixth in program history in total offense (6,854 yards) and ninth in career passing yards (5,833) despite playing just 23 games in the Orange and White.

The next step in the process will be to select the award’s three finalists based on voting from the Davey O’Brien National Selection Committee as well as the second round of the Davey O’Brien Fan Vote, which will take place on the award’s three social media accounts—Instagram, Twitter and Facebook. The top five vote getters on each platform receive bonus committee member ballots which will be added to the votes cast by the National Selection Committee.

To participate in the fan vote, fans must like the original Davey O’Brien Award post highlighting the quarterback. The three finalists will be announced on Tuesday, Nov. 29 and the winner will be crowned live on Thursday, Dec. 8 on The Home Depot College Football Awards on ESPN.