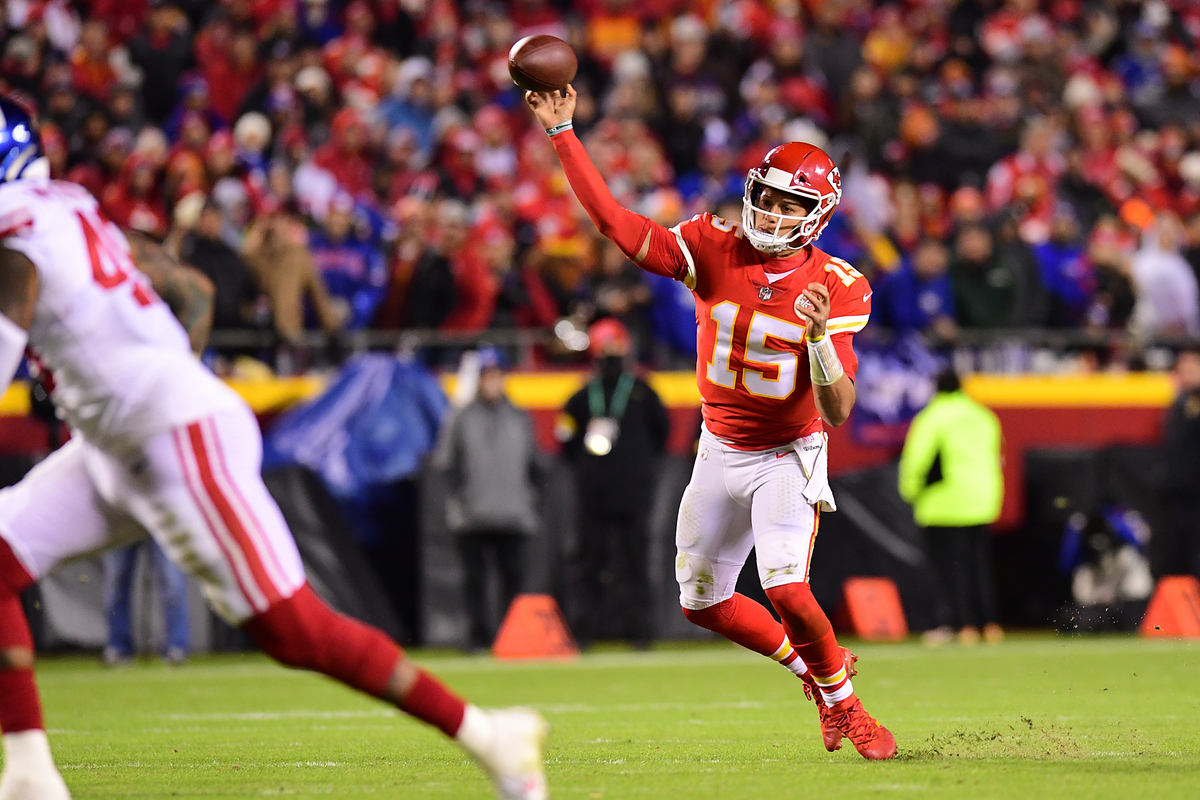 Below is the game schedule with my Week 11 NFL game predictions. Winners straight-up are in bold. The line is my pick against the spread.

While stellar defensive play across the league is evident, fans, players and coaches have come to expect Sunday recipes complete with razor-thin margins, fantastic finishes and fourth-quarter drama.

NFL games this season have been separated by an average of only 9.29 points. To put that in context, the last time the league finished a season with a lower average margin of victory was 1932, when the figure was 9.13.

The playoffs begin in nine weeks. As the league approaches the third turn on its 2022 track, which teams will separate from the crowded field? Whoever emerges in Week 18, expect plenty of photo finishes along the way.

1.     FÚTBOL AMERICANO: Four of the last six teams to play a regular-season game in Mexico have advanced to the playoffs, and each of the last two teams to win a Mexico game went on to play in the Super Bowl (the 2017 NEW ENGLAND PATRIOTS and 2019 KANSAS CITY CHIEFS). This week, the NFL returns to Estadio Azteca when SAN FRANCISCO (5-4) battles ARIZONA (4-6) on Monday Night Football (8:15 PM ET, ESPN).

2.     NUMBER OF THE WEEK – 2,002: Minnesota wide receiver JUSTIN JEFFERSON is on pace to lead the league with 2,002 receiving yards and break the NFL’s single-season record established by Pro Football Hall of Famer CALVIN JOHNSON, 1,964 in 2012.

3.     COMMANDERS OF THE MOUNTAIN: In two of the past three seasons, WASHINGTON has handed the NFL’s last undefeated team its first loss. Washington was the first to defeat 11-0 Pittsburgh in Week 13 of the 2020 season and the first to defeat 8-0 Philadelphia this past Monday night. Now, having won four of their last five, the Commanders (5-5) meet the HOUSTON TEXANS (1-7-1) on Sunday at NRG Stadium (1:00 PM ET, FOX).

4.     SPOTLIGHT – INDIVIDUAL MATCHUP: Jets defensive tackle QUINNEN WILLIAMS meets Patriots offensive lineman MICHAEL ONWENU in the trenches at Gillette Stadium on Sunday (1:00 PM ET, CBS). Williams, the AFC’s October Defensive Player of the Month, has already matched his single-season career best with seven sacks. Onwenu, who hasn’t allowed a sack this season and has solidified a reputation as a dominant run-blocker, earned his way onto several mid-season All-Pro teams this past week.

5.     SPOTLIGHT – TEAM MATCHUP: Pass protection figures to be a key factor when DALLAS (6-3) visits MINNESOTA (8-1) on Sunday (4:25 PM ET, CBS). The Cowboys’ defense leads the league with 35 sacks, on pace for 66 this season, which would be the most by an NFL team since New Orleans had 66 in 2000. Meanwhile, Vikings linebacker ZA’DARIUS SMITH ranks second in the league and tied for the NFC lead with 9.5 sacks. He’s on pace for 18 sacks this season, which would be the most by a Vikings player since JARED ALLEN had 22 in 2011.

6.     STREAK SPEAK: The NEW ENGLAND PATRIOTS (5-4) have 13 straight wins over the NEW YORK JETS (6-3), whom they host on Sunday at Gillette Stadium (1:00 PM ET, CBS). That’s tied with Kansas City (over Denver) for the NFL’s longest active winning streak by one team over another. The Jets’ last win over the Patriots was Dec. 27, 2015. … Should the Jets break the streak, they’ll be in first place in the AFC East, having won a head-to-head game over Miami (7-3).

10.  THIS WEEK IN NFL HISTORY: Nov. 19, 1922 (100 years ago) – NORB SACKSTEDER, a 5-foot-9, 173-pound back, scores on a 35-yard, fourth-quarter touchdown pass from LOU SMYTH to give the CANTON BULLDOGS a 7-0 win over the CHICAGO CARDINALS at Comiskey Park. The victory helps Canton move closer to an eventual 1922 NFL championship and extend one of the most impressive streaks in league history, an eventual NFL-record 27 games without defeat. The NFL’s first true powerhouse, the Bulldogs go 24-0-3 over that 27-game stretch in the early 1920s, led by future Pro Football Hall of Fame player-coach GUY CHAMBERLIN.

With at least 88 receiving yards on Sunday against Dallas (4:25 PM ET, CBS), Jefferson would surpass Pro Football Hall of Famer RANDY MOSS (4,163 receiving yards) for the most receiving yards by a player in his first three seasons in NFL history.

The players with the most receiving yards in their first three seasons in NFL history:

The players with the most combined passing and rushing touchdowns in their first five seasons in NFL history:

Allen leads the NFL with 3,209 combined passing and rushing yards this season and has recorded at least 300 combined yards in six of his nine games. On Sunday, he can join Pro Football Hall of Famer PEYTON MANNING (3,545 in 2013) and ANDREW LUCK (3,532 in 2014) as the only quarterbacks with at least 3,500 combined passing and rushing yards in his team’s first 10 games of a season in NFL history.

The players with the most combined passing and rushing yards in their team’s first 10 games of a season in NFL history:

Browns running back NICK CHUBB, selected in the second round (No. 35 overall) in the 2018 NFL Draft, leads the league with 11 rushing touchdowns and ranks third with 904 rushing yards this season.

With at least 46 rushing yards on Sunday, Chubb would become the third player in NFL history with at least 950 rushing yards and eight rushing touchdowns in each of his first five career seasons, joining ADRIAN PETERSON and Pro Football Hall of Famer LADAINIAN TOMLINSON.

QUICK 10K: Since entering the NFL as the No. 1 overall pick in the 2020 NFL Draft, Cincinnati quarterback JOE BURROW has 9,834 passing yards in 35 games.

The players to record at least 10,000 career passing yards in the fewest games in NFL history:

Against Atlanta on Sunday (1:00 PM ET, FOX), the Bears can become the third team since 1950 to rush for at least 200 yards in six consecutive games within a season, joining the 1972 PITTSBURGH STEELERS (seven consecutive games) and 1951 SAN FRANCISCO 49ERS (six).

The teams with the most consecutive games with at least 200 rushing yards within a season since 1950:

The teams with the most consecutive games with at least 250 rushing yards since 1966:

FLYING TO THE BALL: Philadelphia safety C.J. GARDNER-JOHNSON leads the NFL with a career-high six interceptions this season and has recorded an interception in each of his past five games.

The players with an interception in the most consecutive games since 1970:

HOUSTON, WE HAVE SACKS: Baltimore linebacker JUSTIN HOUSTON ranks tied for fourth in the NFL with 8.5 sacks this season and has recorded at least two sacks in each of his past three games. Among active players, he ranks third with 110.5 career sacks.

The players with at least two sacks in the most consecutive games since 1982: