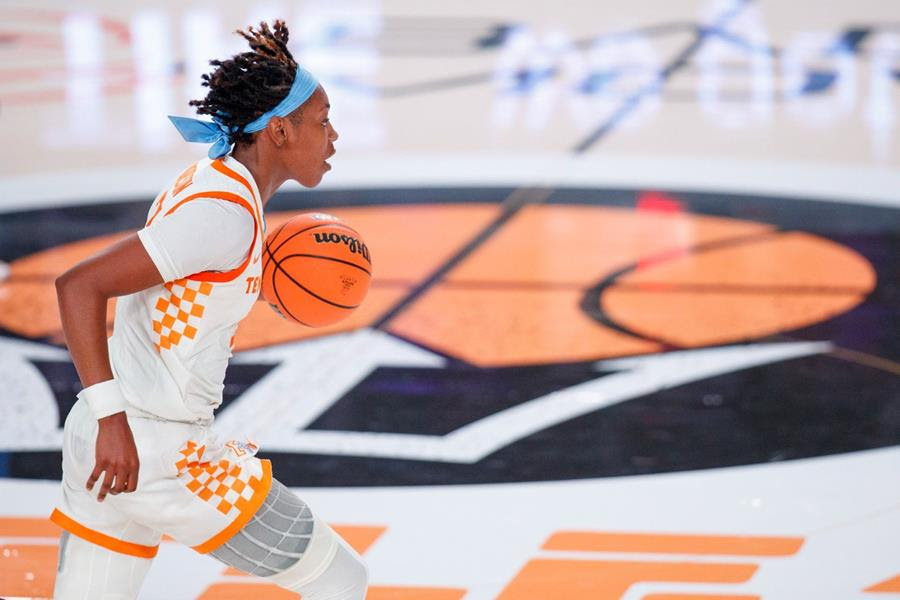 PARADISE ISLAND, Bahamas — No. 23 Tennessee fell to Gonzaga on Monday in a 73-72 nail-biter that featured 15 lead changes and nine ties. With the loss, the Lady Vols take fourth place in the 2022 Bad Boy Mowers Battle 4 Atlantis.

Seniors Jordan Horston and Rickea Jackson were the top scorers for UT (2-4) with 19 and 16, respectively, while graduate Jasmine Franklin narrowly missed a double-double with 11 points and nine rebounds.

Yvonne Ejim led the Zags (5-1) with 22 points, 20 of which came in the second half. Kaylynne Truong was also in double digits with 14 points, and McKayla Williams turned in 12.

Both teams came out of the gate hot, with Gonzaga shooting a perfect five of five to open the game, and Tennessee going five of seven while forcing two turnovers to result in five lead changes in just over three minutes of play. An old-fashioned three-point play by Horston at the 6:47 mark had the Lady Vols on top by two, but a 3-pointer from Truong put the Zags ahead by one at 15-14 a minute later. Franklin hit a pair of free throws to give UT a one-point advantage, but Truong once again answered with a trey, and GU led by two with 4:37 to go in the first. Jordan Walker tied it back up from the free-throw line at 18-all, but then the Lady Vols fell into a scoring slump as the Bulldogs closed out the period with two more threes to lead 24-18 by the buzzer.

Horston hit a layup on the fast break to open the scoring in the second, and a 3-pointer by Tess Darby gave UT a one-point advantage two and a half minutes into the quarter. The teams swapped buckets until the 3:11 mark when Horston nailed a trey, and the Lady Vols forced a turnover that Jackson turned into two quick points on the layup to stretch UT’s lead to four at 32-28 with 3:05 to go in the half. Truong cut it back to a two-point game from the free-throw line, but Horston and Tamari Key closed out the half with back-to-back buckets to put Tennessee ahead at the break, 36-30.

The Lady Vols went up seven off a Jasmine Powell free throw to start the second half, but Gonzaga whittled it down to four by the 7:17 mark. Powell fired in a jumper 12 seconds later, setting off a 6-0 run that put UT up 45-36 with five and a half minutes left in the quarter. The Bulldogs responded with a 9-2 run to narrow the spread to two points by the 2:47 mark. Horston and Key made layups on UT’s next two possessions, but the Zags answered with six straight points to tie the game at 51-all with 1:28 to go in the third. Key converted on the second of a pair of free throws, and Powell added a layup before Truong hit a free throw of her own to send the game into the fourth stanza with UT leading 54-52.

The Bulldogs opened the final quarter with a 6-1 run to lead by three with 8:27 left in the game, but the Lady Vols bounced back with six straight points to go up 61-58 by the 6:08 mark. The Zags crept back within one three times over the next three minutes before knotting it up at 66 with 3:08 to play. Horston put in a layup on the next play, and Jackson followed it up with a jumper to give UT a four-point cushion with two minutes left in the contest. Ejim drained a three with 1:12 on the clock and followed it up with a layup on the next trip down the court to reclaim the lead for GU at 71-70, but Horston nailed a 10-foot jumper with 36 seconds left in the contest to put the Big Orange on top. Gonzaga got the ball to Williams underneath the basket on its next play, but Jackson blocked a would-be layup, and UT regained possession. A turnover on the inbound play gave GU the ball back underneath its goal, and an Ejim layup put the Bulldogs on top, 73-72. The Lady Vols put up three shots in the closing seconds but couldn’t convert, and the final horn sounded with UT trailing by one.

UP NEXT: Tennessee will return to Knoxville where it will kick off a six-game homestand by hosting Colorado in a 7 p.m. ET matchup on Friday. The game will be televised on SEC Network.

ALL-TOURNEY HONORS: Senior Rickea Jackson was named to the Bad Boy Mowers Women’s Battle 4 Atlantis All-Tournament Team. The forward led UT in scoring with 56 points over three games to average 18.7 ppg. and 5.3 rpg. while in the Bahamas.