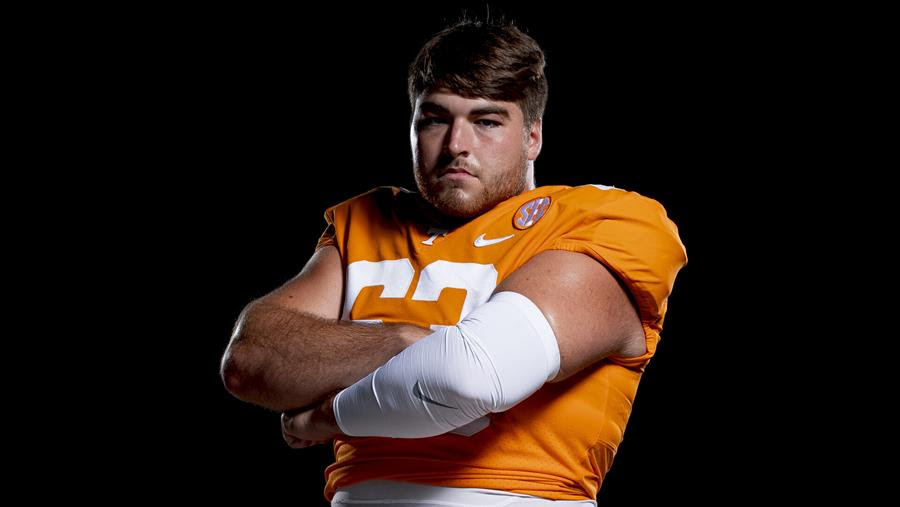 NASHVILLE, Tenn. – No. 10 Tennessee will look to conclude its regular season on a high note when it travels to the midstate for a rivalry game against Vanderbilt at FirstBank Stadium in Nashville on Saturday night.

The Vols will be looking to bounce back from a disappointing loss on the road at South Carolina last Saturday and knock of a confident Commodores team that is coming off back-to-back SEC wins for the first time since 2018.

Saturday’s in-state showdown will be televised on the SEC Network as Tom Hart (PxP), Jordan Rodgers (analyst) and Cole Cubelic (sideline analyst) will have the call. Kickoff is slated for 7:30 p.m. ET.

Fans can listen to Tennessee’s official radio broadcast on the Vol Network (Local: WIVK-FM 107.7/WNML-FM 99.1) over 64 stations across the state of Tennessee and the southeast, SiriusXM (Ch. 81) and the SiriusXM app (Ch. 81), as well as the Varsity App. A live audio stream of the broadcast will also be available on UTSports.com​ and the Tennessee Athletics App.

For Tennessee fans making the trip to Nashville, the most up-to-date information on Vanderbilt’s gameday policies can be found at the Vanderbilt football gameday information page.

What’s at Stake?
The Vols have a chance to lock up their first 10-win season since 2007 and the program’s first season with 10 regular-season victories since 2003. A win on Saturday night would also put the Big Orange in prime position to play in their first New Year’s Six bowl game since defeating Texas A&M in the 2004 Cotton Bowl.

Vanderbilt, on the other hand, will be looking to secure bowl eligibility for the first time since 2018. The Commodores enter the contest at 5-6 following back-to-back upset victories over Kentucky and Florida.

It’s Joe Time
Redshirt senior Joe Milton III is set to take over as the starting quarterback for the Volunteers this weekend after Hendon Hooker suffered an unfortunate season-ending knee injury in last Saturday’s loss to South Carolina. Milton opened the 2021 season as UT’s starting quarterback before sustaining an injury in the second game of the season. Saturday will mark his third start as a Vol and the eighth of his collegiate career after starting five games at Michigan from 2018-20.

The Florida native is one of the nation’s most talented backups and has been lights out in limited action this season, showcasing his incredible arm talent and athleticism. In seven games played this year, Milton has completed 23 of 33 pass attempts for 573 yards (24.9 yards per completion), six touchdowns and no interceptions. He has also rushed seven times for 72 yards.

Record Watch for Hyatt
Jalin Hyatt is within reach of Tennessee’s single season record for receiving yards entering Saturday’s rivalry game against the Commodores. The junior wideout ranks second in UT single-season annals with 1,181 receiving yards and needs 118 more to break Robert Meachem’s program record of 1,298 yards set back in 2006.

Hyatt has had a breakout season in which he’s already set program marks for single-season receiving touchdowns (15) and single-game receiving touchdowns (five vs. Alabama on Oct. 15). The South Carolina native is among the favorites for the Biletnikoff Award, which is presented annually to the nation’s top pass catcher.

Keepin’ It 100
Rocky Top has become a go-to destination for wide receivers since head coach Josh Heupel arrived. Over the past two seasons, UT ranks seventh nationally with 18 individual 100-yard receiving performances. The Vols have had 10 individual 100-plus yard receiving games this season, which is tied for fourth nationally and leads the SEC. Four different Tennessee pass catchers have eclipsed the 100-yard mark at least once this year (Hyatt – 5, Bru McCoy – 3, Cedric Tillman – 1, Squirrel White – 1).

Tennessee leads, 78-32-5
The Vols will be looking to win their fourth straight over the Commodores after winning each of the last three meetings by at least 18 points. UT is 38-20-4 all-time against Vandy in Nashville, including a 42-17 victory the last time the two teams met in the state capital back in 2020.

The Tennessee-Vanderbilt series dates all the way back to 1892 and the two teams have played every year since 1945. The Vols and Dores are meeting in the final week of the season for the 63rd time. UT is 53-8-1 in those contests.

Vanderbilt is led by second-year head coach Clark Lea, who has the program one win away from bowl eligibility after struggling to a 2-10 record last season. The Commodores are flying high after consecutive SEC victories over Kentucky and Florida the past two weeks. The win over the Wildcats snapped a 26-game conference losing streak while last week’s win against the Gators was Vandy’s first home victory in the series since 1988.

Quarterback Mike Wright leads the offense and is coming off an efficient performance in the win over Florida last week, completing 10 of 16 passes for 108 yards and three touchdowns. The junior signal caller is also dangerous with his legs, amassing 467 rushing yards and five touchdowns on 63 carries this season, including a pair of 100-yard efforts on the ground in wins over Hawaii and Kentucky.

The Dores top receiving threat is junior wideout Will Sheppard, who leads the team in receptions (54), receiving yards (728) and touchdown catches (nine). Vandy boasts five players with multiple receiving scores this season. Senior running back Ray Davis is closing in on 1,000 yards rushing for the year after three straight performances with over 100 yards on the ground. The California native enters the game with 982 yards and five touchdowns.

Defensively, Vanderbilt is paced by senior linebacker Anfernee Orji, who leads the SEC with 102 tackles and also ranks first on the team with 7.5 tackles for loss and three forced fumbles to go along with a pair of sacks and an interception. Junior safety De’Rickey Wright leads the secondary with 50 tackles, six pass breakups and three picks.