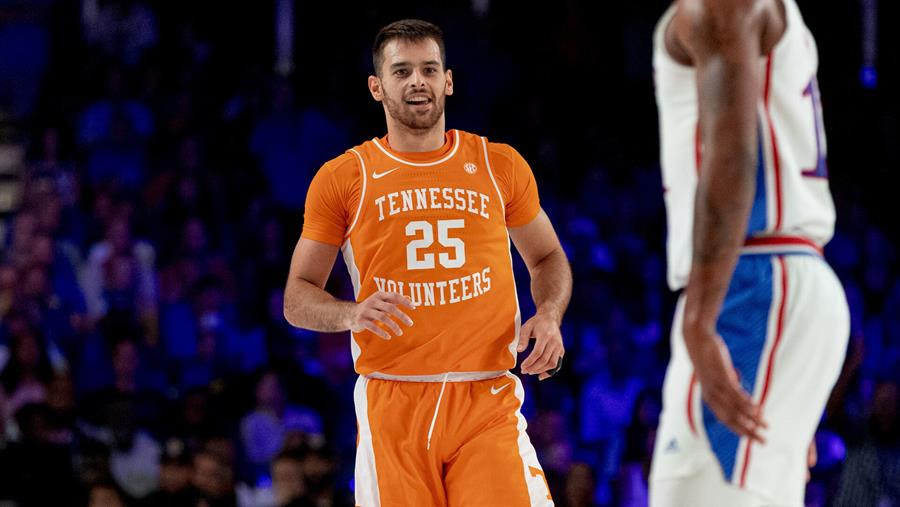 Fresh off being named Tournament MVP at the Battle 4 Atlantis, Tennessee senior guard Santiago Vescovi has been named SEC Player of the Week, the league office announced Monday.

During Tennessee’s three wins in the Bahamas, Vescovi averaged 13.3 points, 4.3 rebounds and 3.3 assists per game—highlighted by a 20-point performance in the Vols’ championship game victory over No. 3 Kansas, in which he made five threes and pulled down six rebounds.

Vescovi also led the Vols in scoring during Wednesday’s win over Butler, chipping in 13 points—all in the second half—while also contributing three assists and three steals.

On Thursday against USC, Vescovi had a game-high five assists along with seven points and four rebounds—while also hitting the go-ahead 3-pointer during overtime.

For the season, the preseason first-team All-SEC selection is averaging 11.3 points, 5.0 rebounds and 3.5 assists per game. His 2.7 steals per game rank 18th amongst Division I players.

For tickets to Wednesday’s game, or any other upcoming Tennessee home game, visit AllVols.com.